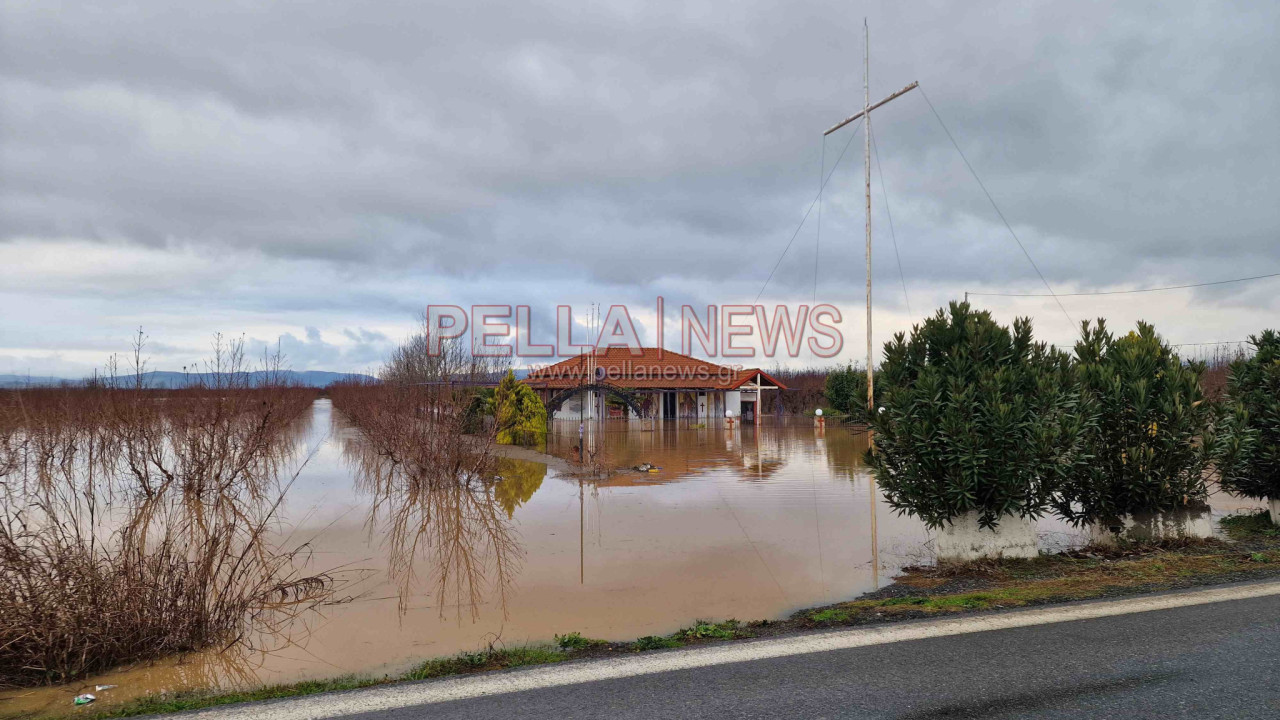 Pella: Aridea and the municipality of Skydra are in a state of emergency due to bad weather – See video and photos

It was unprecedented, according to me the municipality of Almopia, the rainfall that hit the area yesterday. Rainfall was measured at 206 millimeters of water in a 24-hour period for an area where the annual rainfall is estimated at 760 millimeters.

“We contacted the deputy minister of the interior, Stelios Petsas and the Deputy Minister to the Prime Minister, Christos Triandopoulos (responsible for State Aid and Rehabilitation from Natural Disasters) and the area of ​​Aridaia was declared in a state of emergency,” he told the Athens News Agency. the mayor Christos Batsis.

He pointed out that traffic has been restored in the area, while citizens who have suffered damage can submit an application for financial assistance to the municipality.

For tomorrow, Wednesday, the school units of all grades in the Municipality of Almopia will operate normally, except for the Chrysas – Tsakoni and Xifiani kindergartens, where intense humidity was observed inside the buildings.

In the municipality of Skydra, the recording of the damages continues and, as the mayor Katerina Ignatiadou told APE-MBE after a request, the entire municipality was declared in a state of emergency. Damages have been recorded to fields, roads and household equipment and the regulation has been activated for citizens to apply for financial assistance.