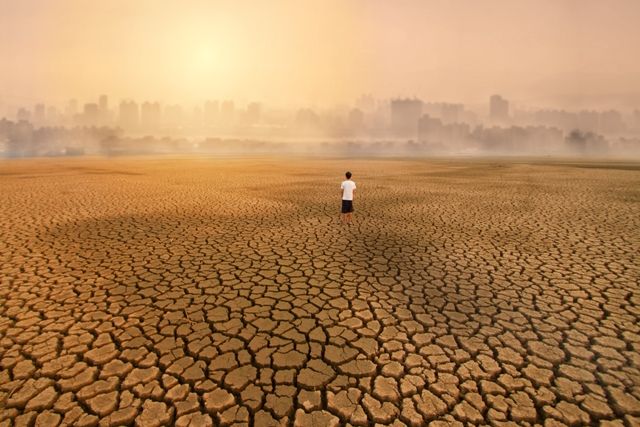 Dr. Konstantinos Arabosis: We will have even harsher phenomena than the ones we live in

The alarm bell for the urgent need to reduce pollutants rang the Secretary General of the Environment Dr. Konstantinos Arabosis. Climate change has had many effects and the governments of most countries are making every effort but, as Dr. stated. Arabosis in the show “SocialNet” with Fotis Karydas “the next years are difficult to predict with harsher phenomena”.

At the World Leaders Summit in Glasgow, leaders made important decisions but, according to Dr. Arabosis, a lot of time has already been lost: “We are not at five, we are at all five. We see it in our country as well. In the summer we saw all these extreme weather events. Fires, floods, rising sea levels. The climate has changed in our country as well. These extreme weather phenomena did not exist before and have an impact on our daily lives and living standards. Efforts are being made internationally to reduce pollutants. Even if these measures are taken in the coming years are difficult to predict. We will have even more severe phenomena than the ones we live in “.

Conventional forms of energy should be a thing of the past in the coming years and be replaced by renewables. “We must move away from conventional forms of energy, oil and coal and turn to renewable energy sources, and this must be done immediately. Our country has taken the lead in this. The Prime Minister has announced de-lignification, by 2028 at the latest, so the fuel that will replace oil and lignite are renewable energy sources, ie energy that will come from the sun, air, etc. By 2030, with the new law that will be put up for public consultation, renewable energy sources are expected to cover 70% of the total energy we will consume. “The intermediate form of energy will be natural gas until we reach the point of consuming energy that will come 100% from natural sources”, stressed Dr. Αραβώσης.

The Glasgow summit was aimed at taking decisions on immediate and drastic measures so that humanity can control climate change before it is too late. “In order to achieve the global goal of reducing emissions by 50-55% by 2030 and by 2050 to have climate neutrality, all countries must participate, including underdeveloped or developing countries. “Because they do not have the opportunity to follow, they will have to be financed by the developed ones with a lot of money”, said Dr. Arabosis and referring to the actions to be taken, added: “One of the agreements reached was that by 2030, deforestation should be stopped. This is an important development. In our country we have the national reforestation plan, which is already starting and has a secured funding from the recovery fund of 200 million euros. In the next three years we will have implants of the order of 170,000 acres throughout Greece. From 2025 all new taxis must be electric or have zero emissions. From 2030, the sale of new cars that will run on conventional forms of energy will be banned. So from 2030 all new cars will be electric. As for the houses, from 2025, if there is natural gas, the use of oil burners will be prohibited, so we go to alternative forms.