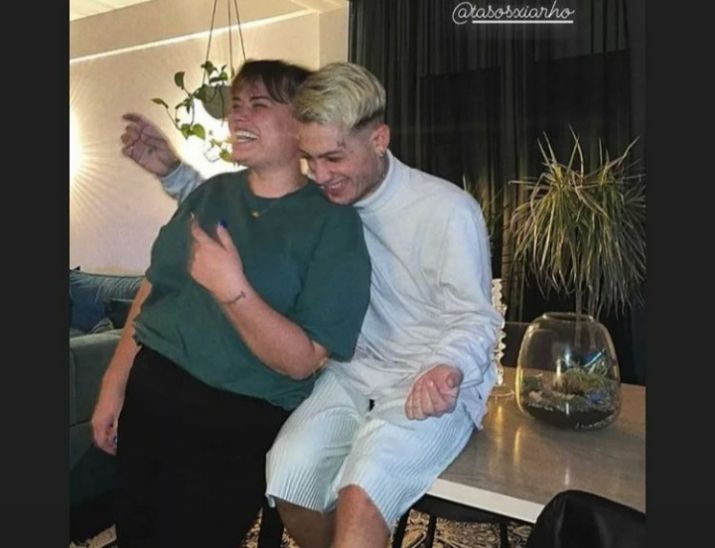 Tassos Xiarchos wanted to apologize for his actions that caused anger and to meet the girl he had made fun of for her weight and the fact that he was wearing a striped t-shirt, while she is big.

After the uproar caused by his posts, the well-known choreographer wanted to meet and get to know the girl who fell victim to body shaming by him, apparently to apologize.

On Sunday night, Tassos Xiarchos and Meri met and uploaded a photo of themselves on instastories.

“Only love. Even to the toughest. Thanx Mary with “E” “I” wrote Tassos Xiarchos.

Mary Pappas had stated in an interview on a TV show: “I am better and cooler now, since I contacted Tassos. He sent me a message apologizing, apologizing for his behavior and asking us to meet. I intend to do it and I think it is over. I literally did not understand anything. He obviously took the video, for his own reasons, he thought it was right to upload it and comment on what he did. “

Tassos himself made a post commenting on the fact that this girl writes her name in a certain way.

Facebook
Twitter
Pinterest
WhatsApp
Previous article
Dr. Konstantinos Arabosis: We will have even harsher phenomena than the ones we live in
Next article
Crosses the US on a moped powered by the sun (pic)