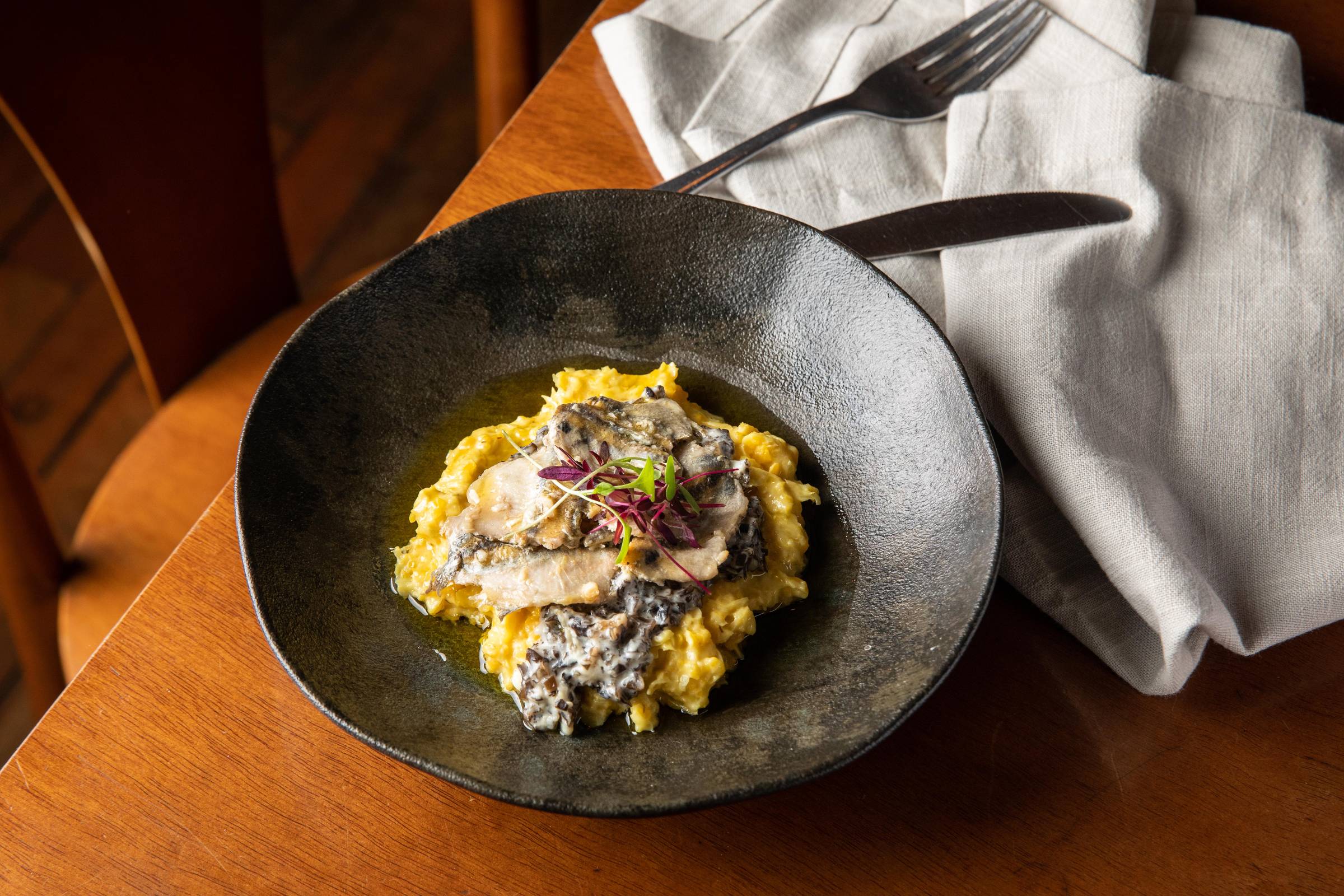 Long before it was filled in, paved and surrounded by buildings, the Anhangabaú valley was a stream. There, lambaris served as food for those who inhabited the region, which today is in the center of São Paulo.

The story, which refers to the formative times of São Paulo, was one of those rescued by chef Luiz Campiglia and that served as inspiration to create the new menu of his restaurant, Paribar, also in the center of the city — and close to Anhangabaú.

Among the ingredients that make up the recipes are lambari, wood ear mushroom, catfish, jatobá, cambuci and araçá. These are flavors that are little known to today’s paulistano, but that were abundant in the Atlantic Forest and that were very popular in the dishes of those who lived here decades and centuries ago.

Despite the historical theme, the menu is authorial and combines techniques from different origins to achieve a more contemporary result. Campiglia explains that it is difficult to find recipes from the past, with ingredients and method of preparation.

The chef says that his research shows that the wood ear mushroom was one of the foods chosen by the Jesuits in times of hunger. “You don’t say you ate that kind of mushroom,” he says. The catfish also inhabited the rivers of the region. The smoking techniques refer to the indigenous moquéns. And so it goes.

Currently, one of Campiglia’s inspirations is the sociologist Carlos Alberto Dória. He is co-author of the book “A Culinária Caipira da Paulistânia”, which helped to popularize this name in the gastronomic universe.

This cuisine that we now know as caipira is the result of the encounter between indigenous and Portuguese ingredients and customs, combined with the need to travel around the territory.

If the Campiglia menu looks for historical flavors, in the new brunch –or cafoço, neologism for coffee plus lunch–, he pays homage to the modernists. The meal will be served on Sunday (13), when the centenary of the Week of Modern Art is celebrated. The service is also repeated on the 20th.

Opened in 1949 in Praça Dom José Gaspar and behind the Mário de Andrade Library, Paribar was frequented by some representatives of the artistic movement, such as Tarsila do Amaral, Oswald de Andrade and Sérgio Milliet, who even had a captive table in the hall – and, says Campiglia, he really liked drinking cachaça.

The menu is made up of items such as the Brazilian Breakfast –a play on the English Breakfast–, with pork sausage, fava beans, wood ear mushroom, homemade bacon, fried eggs and barbecue with pitanga (R$ 29.80). ); a spread of smoked French bread (R$ 20.80); and the sweet Portuguese papo de Anjo, which is washed down with cambuci syrup (R$ 20.80).

Those who stop by to taste the modernist cafoço can extend the tour right there – on Sundays, the house calls on DJs to cheer up those who stay in the square. The last February edition of Paribar Sessions will be this Sunday (13). Then only in March.