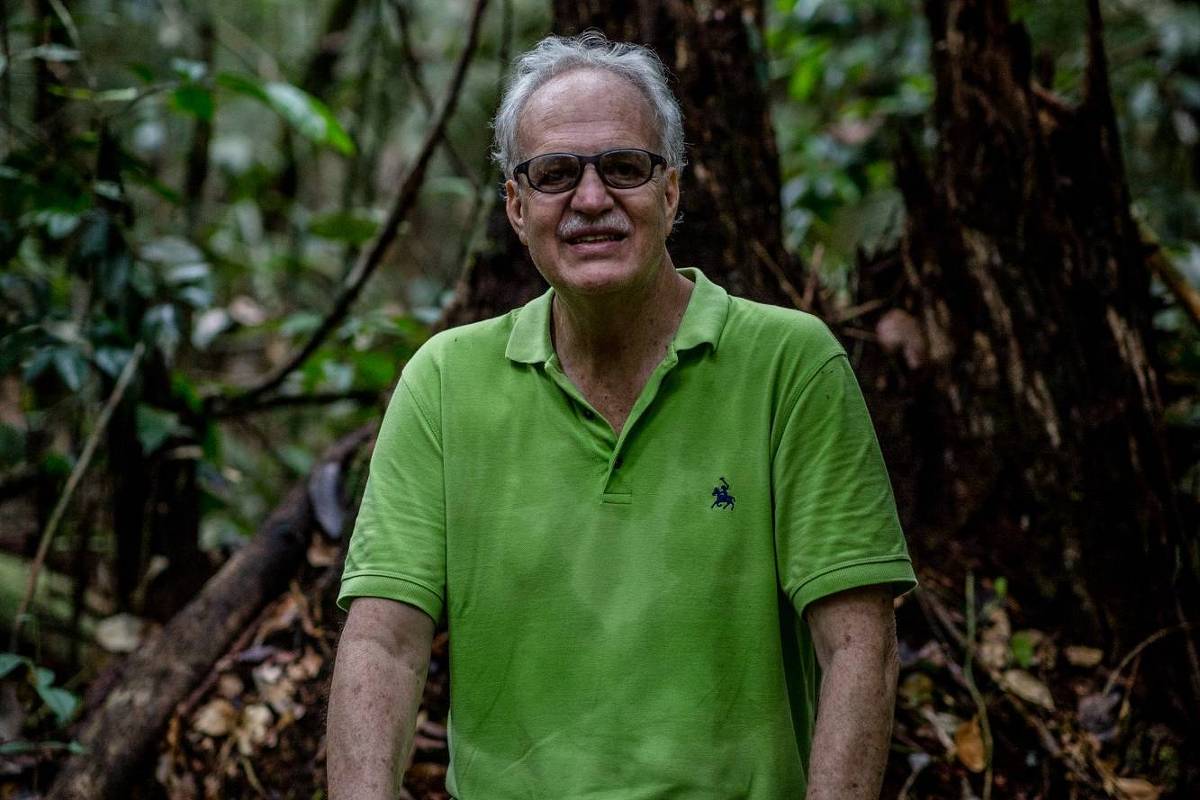 Brazilian climatologist Carlos Nobre was elected this week as a foreign member of the Royal Society, the oldest academy of science (since 1660) still active in the world. After D. Pedro 2º (1825-1891), he is the only Brazilian to be accepted by the London-based entity.

Members of this society must have made substantial contributions to the knowledge of areas of knowledge. In the Royal Society’s class of 2022, Nobre is joined by Tedros Adhanom Ghebreyesus, director general of the WHO (World Health Organization), awarded as an hourly fellow.

The associate researcher at the IEA-USP (Institute for Advanced Studies at the University of São Paulo) has been working for decades with research focused on climate and the Amazon.

In 1990, Nobre already pointed out in studies the risk that, with the advance of deforestation, the biome -essential for rain on the continent – to reach a point of no return (called, in English, the “tipping point”) and by a process of savannization, drying up and losing its great biodiversity.

In addition to the problem brought about by deforestation, there is the climate crisis, which pushes us faster towards this outcome. “This puts us on the edge of the precipice of the point of no return,” says Nobre to Sheet.

According to the researcher, his choice as a member of the Royal Society is due to the worldwide concern to save the Amazon from savanna, which is already present in destroyed parts of the forest.

Nobre points out that, if the point of no return is reached, it is unlikely that global climate goals set by the Paris Agreement will be met, another point that attracts international attention.

“If the Amazon goes through savannization, it throws more than 300 billion tons of carbon dioxide into the atmosphere. That would make it impossible to reach the parts of the Paris Agreement. If that happens, we would have to wait, with luck, to be in 2nd C of increase”, says the scientist.

The researcher refers to our “carbon budget”. For the average global temperature rise to stay below 1.5°C — something that still leads to countless climate disasters — the world could emit 400 billion tons of CO2 more.twoaccording to the IPCC (Intergovernmental Panel on Climate Change).

“The last IPCC report just hit society and politicians in the face with the risk we are living on the planet. are increasing even more.”

Although we seem to be heading towards an ecocide due to economic models that value the burning of fossil fuels and deforestation, a moderate optimism towards the new generations, personified in the Swedish activist Greta Thunberg, 19, lives in Nobre.

Read the interview below.

Does your nomination and acceptance at the Royal Society have to do with the worsening of the climate crisis and the importance of the Amazon in this context? There’s no doubt, I think that’s the main factor. Saving the Amazon from the point of no return has become a global concern. I think that the academy electing a Brazilian scientist who has been working on these issues for decades is an acknowledgment of the risk that the Amazon is running. It’s almost a wake-up call.

You’ve been talking since the 1990s about the possible point of no return in the Amazon. What has changed in knowledge on the subject since that time and how close are we to that moment? In 1990/1991, we published the first two scientific articles, a mathematical model of the climate, a first test for, if there was major deforestation in the Amazon, what could happen.

Deforestation has exploded in recent years, with degradation, fire. The forest was very resilient to fire, now it is much less humid, the fire is eating the forest floor.

All this, unfortunately, made the forest very close to the point of no return. And I’m not talking about mathematical projections anymore. We’re looking at this, it’s not just a projection of what might happen in the future. We’re seeing all that southern Amazon… The climate there is totally changing. It is much drier, the dry season is longer and very hot, up to 3°C warmer.

Tree mortality is increasing and much of the forest there in the south [da Amazônia] has already become a carbon source, it no longer takes carbon out of the atmosphere. We are seeing that the southern Amazon is very close to this point of no return. It’s a very malevolent synergistic combination of global climate change and deforestation.

We have to make a huge effort to stop deforestation, degradation and fire, and go through a major forest restoration to recover 1 million kmtwo there from the entire south of the Amazon that is deforested and degraded. That’s a huge challenge.

Why, in your view, do part of the political spheres and society have difficulty understanding the consequences of forest clearing? I’m going to make an analogy with the leniency of society, the political and business world with the issue of global warming. The last IPCC report only needed to hit society and politicians in the face with the risk we are living on the planet. And do we immediately set out to reduce emissions? Not. Emissions continue to rise and, because of the war in Ukraine, they are rising even more.

Civil society, as much as it perceives it, that science is clearly indicating this… How fast are we moving towards a sustainable world? Very slowly. It’s the same with the Amazon. Science shows all the risks, on the edge of the precipice… How much change in the economic model in the Amazon are we implementing? Very little.

If the Amazon undergoes savannization, it will throw more than 300 billion tons of carbon dioxide into the atmosphere. That would make it impossible to hit the parts of the Paris Agreement. If that happens, we would have to wait, with luck, to stay at 2°C of increase.

Science has stated all this with great rigor and clarity, but the economic model in the Amazon continues to be a model that does not see the value of the forest. It is the same with the issue of climate change. It is the biggest challenge humanity has ever faced and emissions continue to grow.

Your contact with the Amazon is old. Today we have clear statements from government officials and supporters of President Jair Bolsonaro (PL) who point to a developmentalism based on forest clearing. Would you imagine that speeches like these would still be reality in 2022? Not. That never crossed my mind. Ten years ago, we led the world in reducing deforestation of tropical forests and that made Brazil a leading environmental player on the planet, in terms of protecting biodiversity and reducing emissions.

We thought we were on the right path and that in a few years we would be able to eliminate deforestation and degradation in the Amazon and have productive agriculture throughout Brazil. But, unfortunately, there was this reversal. Deforestation has skyrocketed, not only in Brazil, but in most Amazonian countries.

If Brazil is really going to practice modern, 21st century agriculture, it can use an area smaller than half of what it uses today.

What do you think could be a turning point for this mentality? I see a positive sign, which many studies have shown, in the new generation, symbolically represented by Greta [Thunberg]. The new generation begins to have a vision of a more sustainable future, because they don’t want to go along with the world that we are putting up for them.

We are putting an almost unthinkable world. A baby born this year will experience more than eight times the number of hot flashes than a baby born in 1960. We are leaving these future generations an almost uninhabitable planet.

We have to really hope that this new generation manages, when they become active participants in the economy, in the political world, in companies, to have a lot of creativity to reverse this trajectory, to zero emissions, the deforestation of all the forests on the planet. I have moderate optimism.

We are approaching an election, which is always a delicate period for deforestation across the country. If the current environmental policy is maintained, in a possible Bolsonaro victory, what is expected for the reality of the forest? And, in the event of a change of government, is it possible to expect a sharp improvement in the levels of deforestation and forest protection? This is a key question. I think the more general answer is that, especially the younger generation, they don’t support a global trend that has been seen over the last 20 years which is the election of autocrats.

This is the big question we have for the sustainable future of the planet. If we continue to elect autocrats, globally and speaking in Brazil as well, I think that the risk of us moving towards ecocide, towards the collective suicide of the planet, is very high. We have to ensure that democracies are installed in a much more permanent way.

Facebook
Twitter
Pinterest
WhatsApp
Previous articleInstitute counts at least 28 journalist deaths this year
Next articleSovereign Panathinaikos, picked it up at Rentis and returned to the throne!