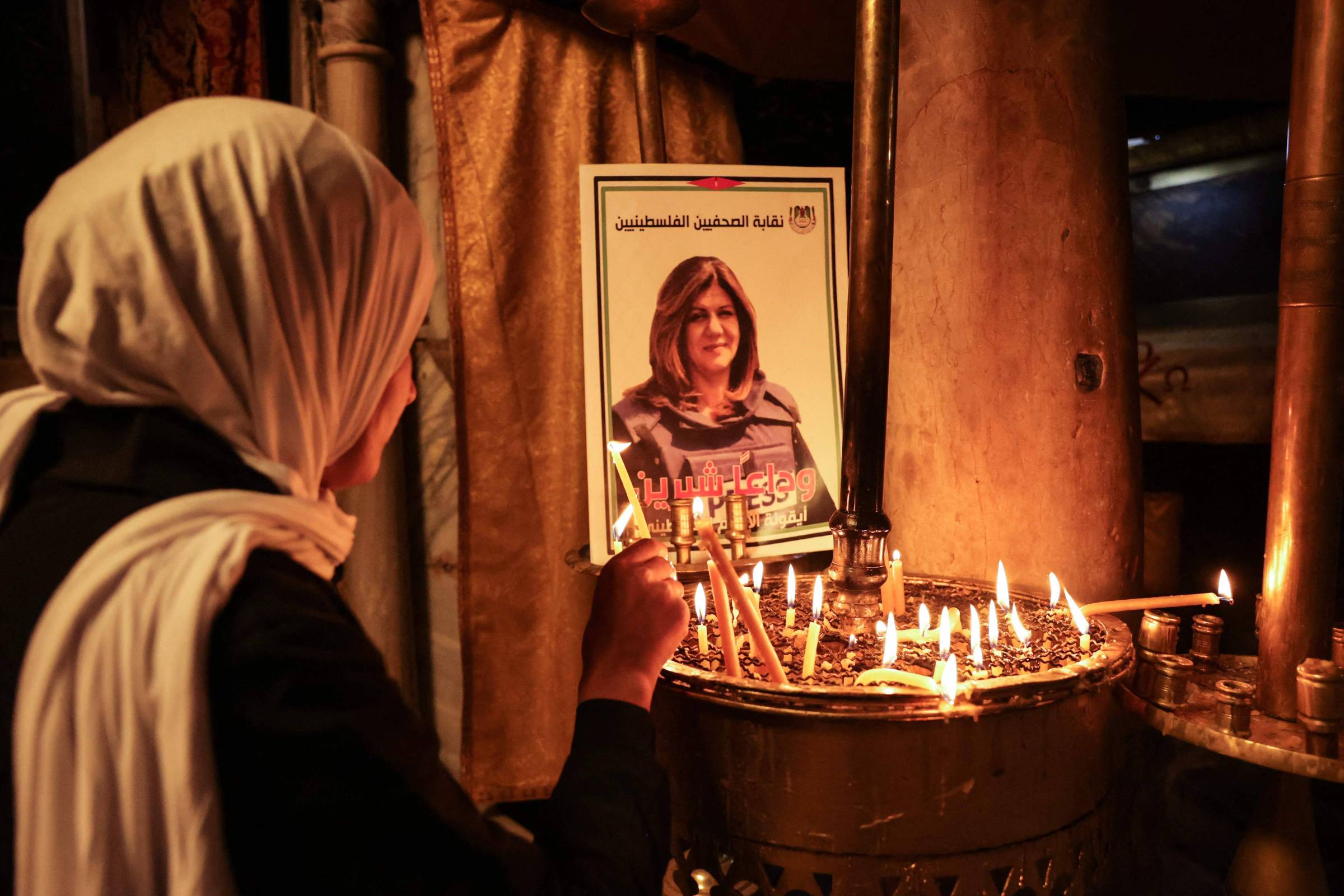 The death in the West Bank of the Palestinian-American Shireen Abu Akleh, 51, this Wednesday (11), added to the other 28 registered deaths of journalists in the exercise of the profession this year in the world.

The count is from the International Press Institute, an organization for the defense of freedom of expression based in Vienna, and the NGO Reporters Without Borders. In the whole of last year, the groups counted 45 reporters killed covering wars and demonstrations or in investigative work.

The IPI highlights an increase in violent attacks against the press around the world this year.

A veteran of the profession, Akleh worked for the Qatari news channel Al Jazeera. In a penthouse in Jenin, a city in the north of the West Bank, dressed in a vest that identified her as a journalist, she was the target of an attack and died from a gunshot to the head. Producer Ali Al Samudi was injured in the same incident and is hospitalized.

The network claims she was murdered “deliberately and in cold blood” by Israeli forces. The government of Naftali Bennett initially accused Palestinians, but on Thursday (12) an official, speaking on condition of anonymity, told The Washington Post that a line of investigation points to the possibility that the shot came from an Israeli soldier.

Also on Thursday, but in Chile, a community reporter died in hospital after 12 days in the hospital — she was shot in the head during protests on May 1st in Santiago. Police have detained members of a criminal group that controls street vendors in the region and consider them suspects.

To these cases are added those of two Mexican journalists found dead in the state of Veracruz this week. The country, by the way, has been one of the most insecure for the press. According to the IPI count, in 2022 alone there are nine deaths of journalists in the exercise of the profession there – after Mexico, Ukraine, at war after the invasion by Russia, with seven cases, Haiti (3), Philippines (2) and , with one case each, Guatemala, Chad, Yemen, Turkey, Kazakhstan, Bangladesh and Myanmar.

In the most recent Mexican case, Yesenia Mollinedo Falconi and Sheila Johana García Olivera were shot dead by unidentified assailants while sitting in a car outside a convenience store in the municipality of Cosoleacaque, 580 km from the city from Mexico.

The two worked for the portal El Veraz — Mollinedo was the director of the publication and Sheila, a reporter. The vehicle has a Facebook page where it shares information about the local government.

The climate of insecurity that surrounds the press in Mexico is old and has been increasing since 2018, when the current president, Andrés Manuel López Obrador, took over. According to the IPI survey, at least 35 journalists were killed in the last four years in the country – and only 10% of these murders were resolved in court.

AMLO, as he is known, is a staunch critic of professional journalism.

In addition to leading the statistics, the country has a dynamic of journalist murders that differs from the context of the Ukrainian War, where the deaths are mostly caused by explosions or shrapnel from military combat.

The first known death of a journalist in the conflict followed this pattern. On March 1, Ievgueni Sakun, a cameraman for the Kiev Live TV channel, was killed in a bombing of a radio and television tower in the Ukrainian capital. “Targeting journalists is a war crime,” the organization Reporters Without Borders said at the time.

“Journalists, like civilians, are never legitimate targets in a conflict zone, and that would mean that a deliberate attack on a journalist would be a violation of international law and that those responsible would need to be held accountable,” said Scott Griffen, deputy director. from the International Press Institute, to the German network Deutsche Welle.

This Thursday, the Vice President of Values ​​and Transparency of the European Commission, Vera Jourova, defended, in a conference on freedom of the press, the existence of laws that protect journalists.

He pointed out to DW Griffen that the main measure to reduce the number of murders of journalists involves holding the culprits accountable. “It seems very simple, but it is not. We know that in at least 90% of the cases in which journalists are murdered, those responsible are not punished,” she said.