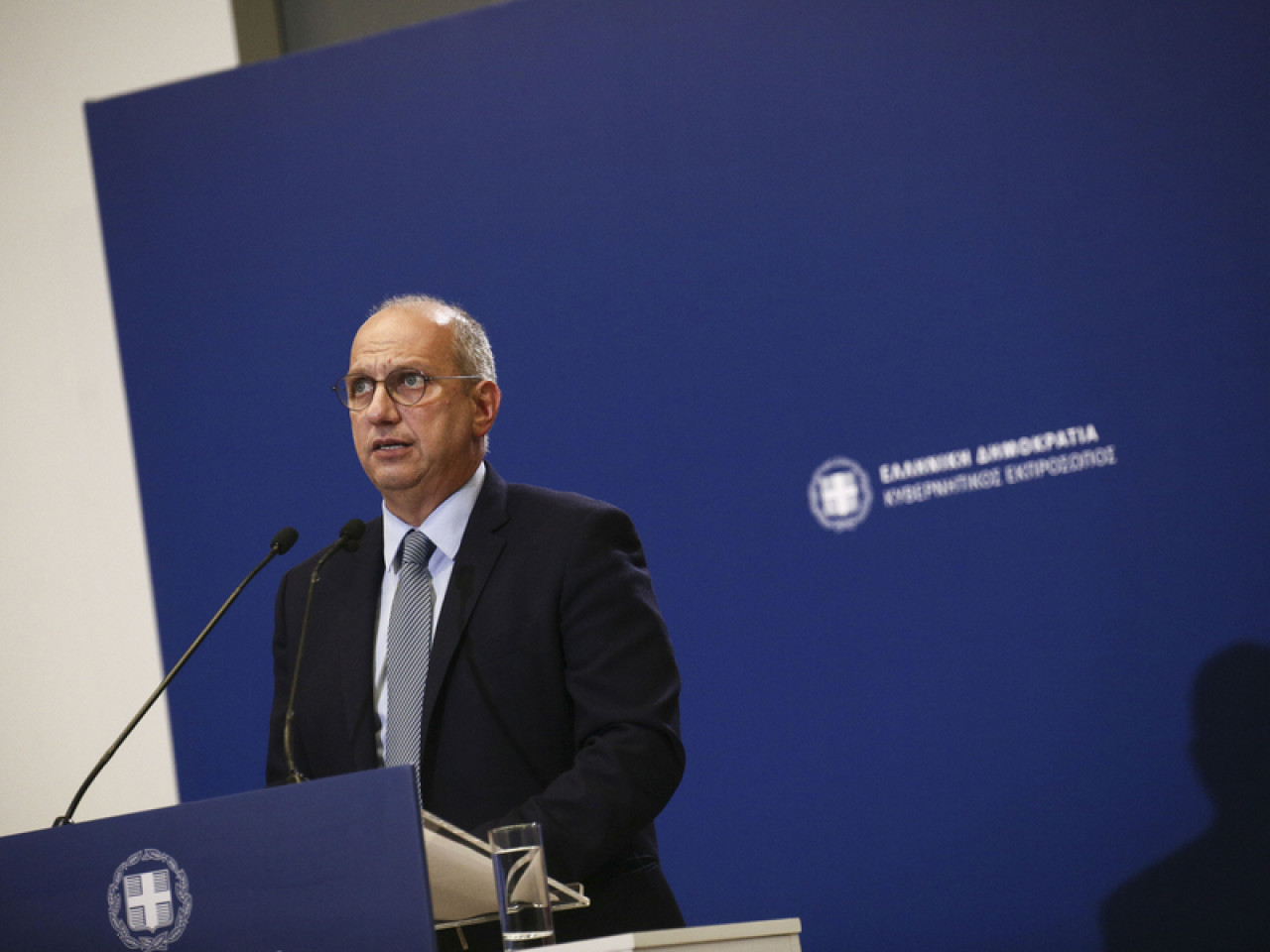 “Unheard of and out of every class” characterized by government spokesman Giannis Economouhis request President of SYRIZA, Alexis Tsipras to be defined acting Minister of the Interior who will go to the country until the elections.

He added that “SYRIZA journalists” present this proposal as “Prerequisites for fair elections” which, according to the government spokesman, shows that Mr. Tsipras’s goal is “The questioning of normality, the questioning of democratic institutions, is the creation of conditions of toxicity.”

Government spokesman accuses Alexis Tsipras of trying to smuggle in Greece “The divisive practices of ‘Trumpism’ in order to cultivate a sickening climate to justify its political backwardness in opinion polls.”

The briefing of the government representative, Giannis Economou.

He also added that this tactic of SYRIZA is irresponsible and extremely dangerous, “With implications for the course of the economy and possibly for our national issues.”

Asked about early elections, he said that the prime minister himself had answered and that the government was steadfastly continuing its reform effort and trying to find answers to the challenges of Greek society.

He did not rule out the possibility of elections to set up third ballot boxessaying that “the opinion of the citizens will shape the developments then”.

“There are elections that will be held with the simple proportional system that, as it seems, will not create conditions for governance, given that autonomy is very difficult with the simple proportional, to impossible. “There is the second electoral contest in which ND will claim the trust of the citizens to form a government like the one it formed in 2019. From there on, the results that will be formed and the opinion of the citizens will shape the developments then”, mentioned features.