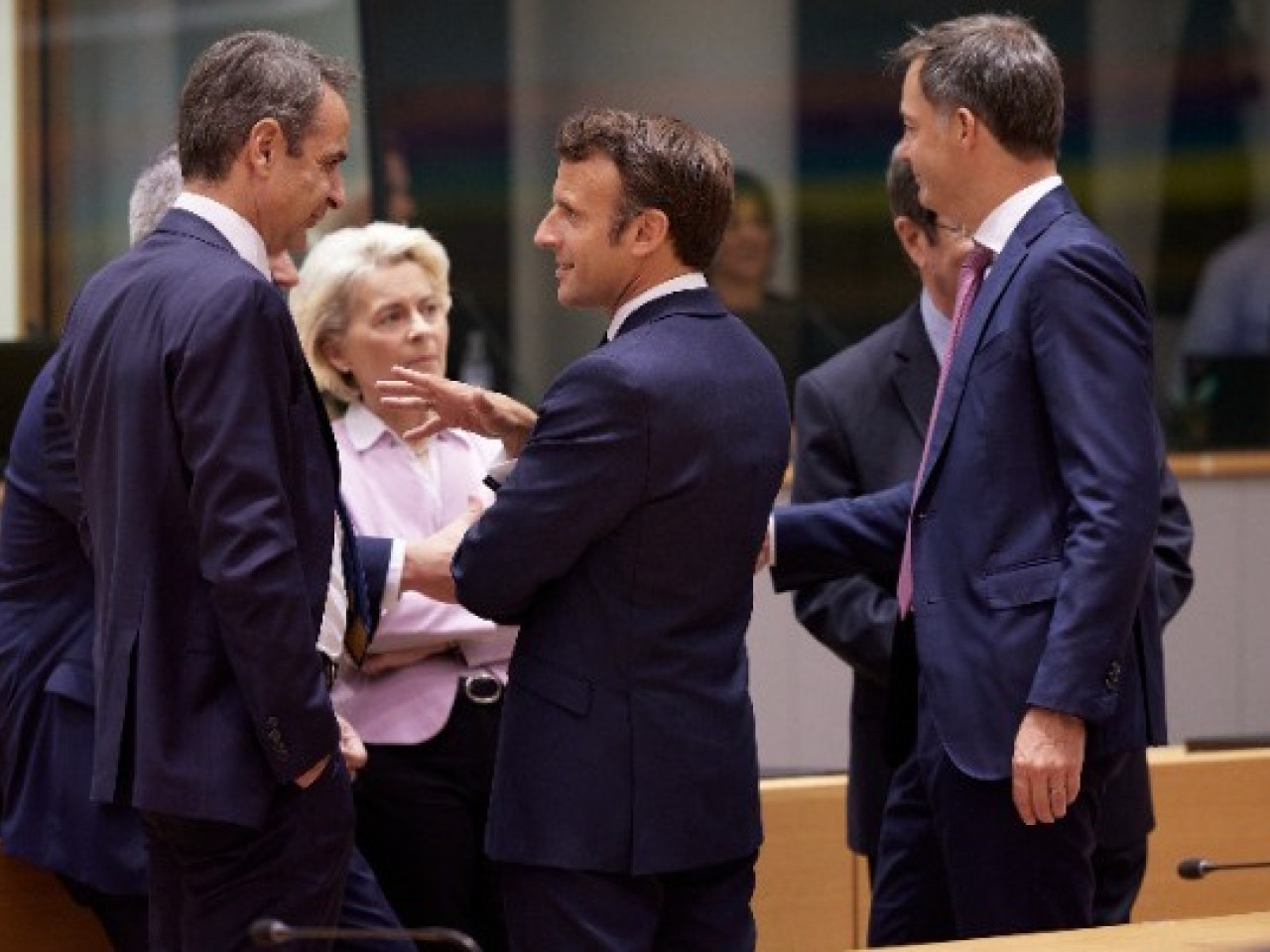 Strong message from European leaders against Ankara at the EU Summit

The agenda of the European Council starting at 16.00 in Brussels

The situation in Ukraine, the granting of candidate status in Ukraine and Moldova, the Turkish challenges in the Eastern Mediterranean and the economy are the main issues that will be discussed today and tomorrow at the European Council starting at 4 p.m. (Greek time) in Brussels.

European leaders are expected to decide whether to grant Ukraine and Moldova EU candidate status and grant Georgia a European perspective. This is a politically “historic moment”, a European source said, stressing that these countries should be encouraged towards democratization, modernization and Europeanization.

“The European Council recognizes the European perspective of Ukraine, the Republic of Moldova and Georgia. “The future of these countries and their citizens lies within the European Union”, the “27” are expected to emphasize, according to the draft conclusions. European leaders are also expected to invite the European Commission to report to the EU Council on the fulfillment of the conditions for membership applications. “The Council will decide on further steps once all these conditions are fully met,” it said.

The leaders are also expected to say they are ready to grant Georgia candidate status “once the priorities are set” in the European Commission’s opinion.

“Each country’s progress towards the EU will depend on its own value in meeting the Copenhagen criteria, including the EU’s ability to absorb new members,” the report said.

European leaders are expected to reiterate their support for Ukraine through humanitarian, military and economic means. According to the draft conclusions, the “27” are expected to ask the EU Council to “work quickly to further increase military support”, to help Ukraine exercise its inherent right of self-defense against Russian aggression and to defend itself. its territorial integrity and sovereignty.

The “27” are also expected to stress that the adoption of the sixth EU sanctions package will further intensify pressure on Russia to end the war, while noting that work on sanctions will continue, including to strengthen their implementation and preventing their circumvention. The European Council is expected to call on all countries to comply with EU sanctions, in particular the candidate countries.

The leaders could also discuss the situation in Kaliningrad, as the passage of certain products into the Russian enclave through Lithuania has been suspended, according to EU sanctions. This has provoked Moscow’s anger, which threatens Vilnius with retaliation.

After all, the issue of food security will be at the heart of the “27” discussions at this Summit. They are expected to stress that Russia, using food as a weapon, is solely responsible for the global food crisis. The European Council is expected to call on Russia to immediately stop targeting agricultural facilities, clearing grain and clearing the Black Sea, especially the port of Odessa, to allow grain exports. The “27” will emphasize that the EU sanctions against Russia allow the free flow of agricultural products and food and the provision of humanitarian aid. European leaders are backing efforts to export food and grain from Ukraine through various EU land routes and ports (solidarity lanes).

“The European Council has expressed its deep concern over Turkey’s recent repeated actions and statements. Turkey must respect the sovereignty and territorial integrity of all EU Member States. Recalling its previous conclusions and its declaration of 25 March 2021, the European Council expects Turkey to fully respect international law, to defuse tensions. in the interests of regional stability in the Eastern Mediterranean and to promote good neighborly relations in a sustainable way. “

On the second day of the Summit, on June 24, European leaders will exchange views on the macroeconomic situation in Europe and the consequences of the Russian invasion of Ukraine, in particular the reduction of Russian gas supplies to the EU.

“The current situation requires an in-depth discussion,” European Council President Charles Michel said in a letter of invitation to the 27.

The discussion will be attended by ECB President Christine Lagarde and will address the issue of slowing growth in the EU, inflation and rising energy prices.

On the subject of energy, a European source said that some countries “are pushing for stronger intervention measures”. Several leaders are expected to stress the need for a European solution to the problem. The Greek Prime Minister and his Italian counterpart, Mario Draghi, agreed yesterday in Rome to raise again the issue of the need to set a ceiling on the wholesale price of gas. It is recalled that the Commission was instructed at the previous Summit to study the appropriateness of setting a ceiling on energy prices. However, the majority of Member States remain cautious about setting energy prices.