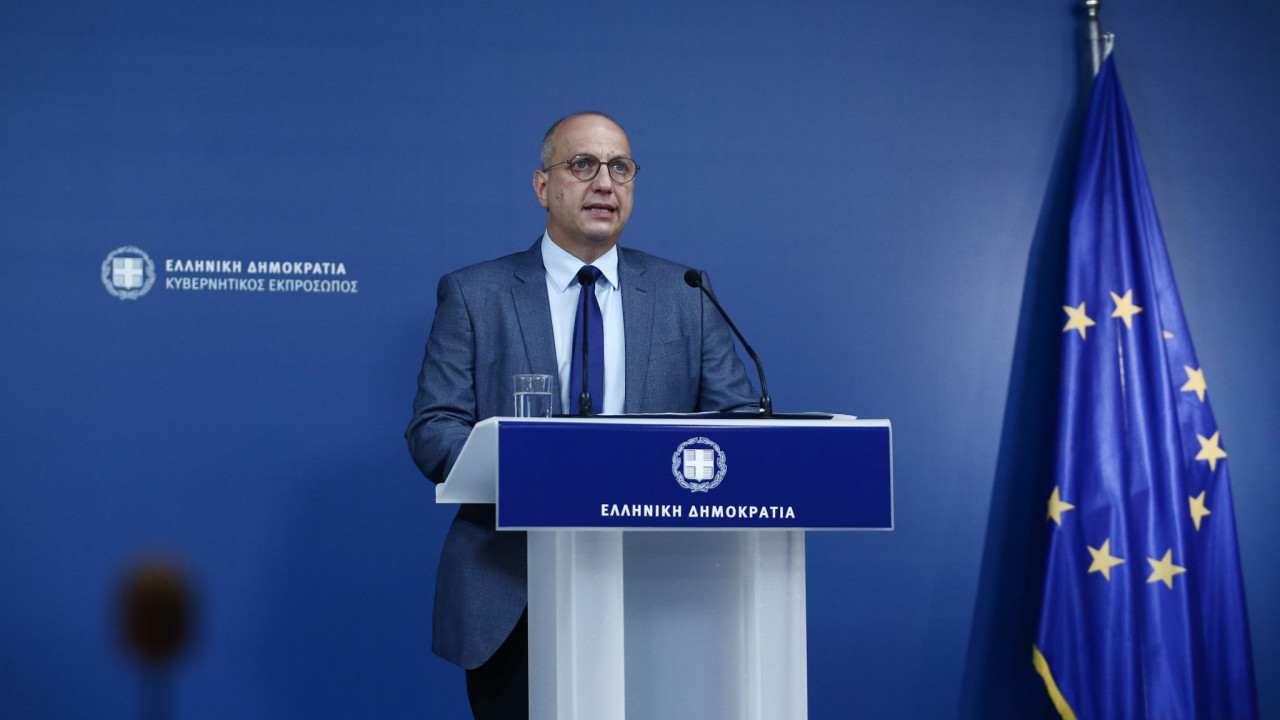 Economou: “Yes” of the government to an inquiry committee on surveillance

“According to PASOK leaks, the re-convening of the Institutions and Transparency Committee of the Parliament is requested. The Government responds positively to this request”

The government accepts both the establishment of a commission of inquiry and the re-convening of the Parliament’s Institutions and Transparency Committee to monitor the mobile phone of the president of PASOK, the government representative announced Giannis Oikonomou.

“As soon as the Prime Minister was informed of the case of a legal connection, following the approval of the public prosecutor’s office, for Mr. Androulakis, the Government sought through Mr. Gerapetritis to fully inform him, but Mr. Androulakis chose not to respond,” said the government representative.

“According to PASOK leaks, the re-convening of the Institutions and Transparency Committee of the Parliament is requested. The Government responds positively to this request, hoping this time that Mr. Androulakis will also respond, attend personally, in order to be informed and get answers about everything related to the legal connection that concerns him, answers that will leave no room for arbitrary conclusions and conspiracies,” he noted.

About request for the establishment of an examination, given that the Government seeks absolute clarification of the specific issues over time and with the self-evident condition that all necessary confidentiality procedures will be observed, if such a request is submitted the Government will respond positively.

“The government has nothing to hide”

“The resignation of the Commander of the National Intelligence Service, Panagiotis Kontoleon, was submitted to the Prime Minister, as Mr. Kontoleon took responsibility for wrong actions found in the process of legal connections. The specific surveillance procedure is legal, since it has been carried out following a special prosecutor’s license, for which however there was no information at Megaros Maximos” government sources previously stated.

As they say, the Prime Minister, was only updated on Thursday on this specific issue and immediately requested the resignation of the EYP commander, while they note that if there had been information in time the outcome of this case would have been different.

“The legal framework for the EYP does not allow to reveal more about the process of legal surveillance, however the person for whom an order was given will be competently informed both by the EYP and by the Government about the reasons for which the prosecutor’s order, as well as for the duration and time period during which the legal connection was made. The government has nothing to hide.”

Regarding the resignation of the Prime Minister’s Secretary, Grigoris Dimitriadis, after 6 years in this position, government circles emphasize that it has nothing to do with this particular interfaceas neither Mr. Dimitriadis had knowledge, nor with the Predator, with which he has nothing to do, as has been repeatedly stated, but is due to the climate of toxicity that has developed around his person all the previous time and continues with intensity .