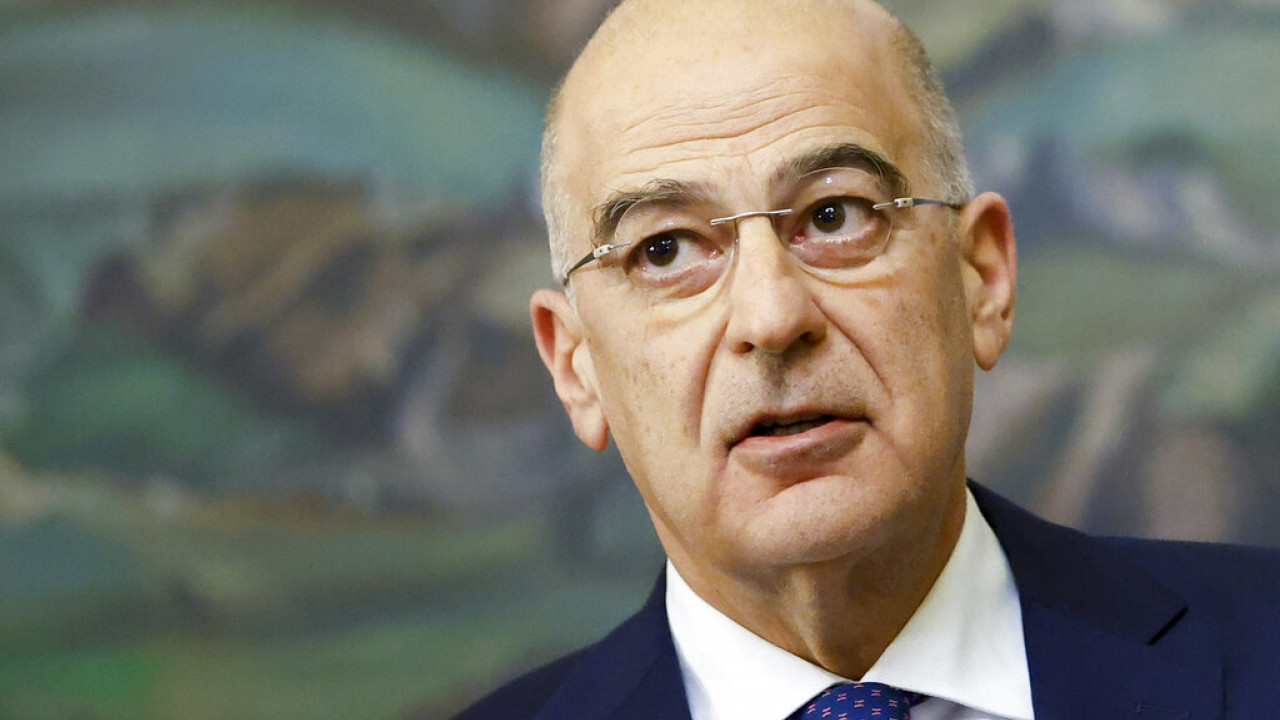 Dendias: Greece’s satisfaction with the lifting of the arms embargo on Cyprus

Throughout the week, the foreign minister will conduct a barrage of contacts both with countries with which Greece has traditionally maintained relations and with states from other geographical regions, as the aim is to expand the reach and scope of Greek foreign policy.

Athens’ strong satisfaction with the US government’s decision to proceed with the lifting of the embargo on arms sales to Cyprus was expressed by Foreign Minister Nikos Dendias from New York, where he is making a series of contacts as part of the High Level Week of the 77th UN General Assembly.

“I would like to take this opportunity to express the strongest satisfaction of Greece for the lifting of the embargo on the sale of arms to the Republic of Cyprus. I think they deserve thanks as well [Υπουργό Εξωτερικών των ΗΠΑ] Antony Blinken, but also to Senators Menendez and Rubio. But I would like to say that in essence this is a reward for the consistent attitude of the Republic of Cyprus all these years. The new perception, which exists, of total cooperation against any form of aggression”, noted Mr. Dendias.

Throughout the week, the foreign minister will conduct a barrage of contacts both with countries with which Greece has traditionally maintained relations and with states from other geographical regions, as the aim is to expand the reach and scope of Greek foreign policy.

“I will have more than 30 contacts myself, and if you also take into account a large number of contacts that Prime Minister K. Mitsotakis, who is coming to New York tomorrow, will have, I think in total we will have more than 40-45 meetings. I think it is a brilliant opportunity to deepen relations we already have, but also to explain to all our interlocutors the constructive role that Greece plays in its wider region – both in the Balkans and in the Eastern Mediterranean. And, of course, to promote the great national issue of Cyprus”, explained Mr. Dendias regarding the program of contacts that the Greek mission will have.

Greece’s firm position in favor of Armenia’s independence and territorial integrity was expressed by Nikos Dendias during the Greece-Cyprus-Armenia tripartite meeting held as part of the High Level Week of the 77th UN General Assembly. In fact, Mr. Dendias categorically rejected any attempt to use the energy crisis as a tool to promote revisionist claims.

As he characteristically noted, “”we had the opportunity to have a tripartite meeting with the Minister of Foreign Affairs of Armenia. He briefed us on what is happening in the South Caucasus, and we had the opportunity to jointly articulate our firm position in favor of Armenia’s independence and territorial integrity. Any revisionism, from wherever it comes from, from whatever country it starts – and, in fact, with the attempt to use the energy situation as a weapon against certain states and to attempt changes on the ground – will find us opposed.”

Finally, during the tripartite meeting, the Greek Foreign Minister had the opportunity to discuss with his Cypriot and Armenian counterpart the escalation of Turkish rhetoric, the prospects for resolving the Cyprus issue, as well as the recent bombing of Armenian territory by Azerbaijan and EU relations -Armenia.

Joint Declaration after the tripartite meeting of the Foreign Ministers of Greece, Cyprus and Armenia

“On September 19, within the framework of the 77th session of the UN General Assembly, the foreign ministers of Armenia, Ararat Mirzoyan, of Cyprus, Ioannis Kasoulidis, and of Greece, Nikos Dendias, met in New York. Security issues related to the South Caucasus and the Eastern Mediterranean were discussed during the meeting. Minister Mirzoyan presented the situation arising from Azerbaijan’s recent attack on Armenia. Minister Dendias referred to the escalation of Turkey’s hostile rhetoric against Greece. Minister Kasoulidis informed his counterparts about the situation in the Eastern Mediterranean and about the latest developments regarding the Cyprus reunification process. Ministers Kasoulidis and Dendias expressed their solidarity and support for the Armenian people. The foreign ministers expressed their readiness to continue active contacts within the framework of the tripartite scheme in order to bring it to a qualitatively new level and expand the scope of cooperation. The sides also discussed issues related to the EU-Armenia partnership.”

Then followed a bilateral meeting with the Cypriot Foreign Minister, Ioannis Kasoulidis, in order to continue the constant coordination and close cooperation that exists between Greece and Cyprus on all current issues, in view of the contacts that the two ministers will have on the sidelines of the General Assembly of the UN.

After the end of the meeting, Mr. Dendias stated that “Greece and Cyprus always go together with one axis and one common gospel: adherence to International Law, to the rights of independence and territorial integrity of all states, and, of course, to International Law of the Sea”.

N. Dendias meeting with the president of the UN General Assembly in New York

The Minister of Foreign Affairs, Nikos Dendias, spoke with the President of the UN General Assembly, Csaba Korosi, about the current geopolitical developments in the Eastern Mediterranean and in Ukraine. Mr. Dendias is making a series of contacts on the sidelines of the High Level Week of the 77th UN General Assembly in New York.

During the meeting, the Greek minister congratulated the president of the General Assembly on his election, informing him about the various candidacies that Greece has put forward in international organizations. In this context, they also exchanged views on the protection of the environment, with Mr. Dendias informing the president of the General Assembly about the “Our Ocean Greece 2024” Conference that will be hosted in our country.

Afterwards, the Foreign Minister went to the Permanent Mission of Greece to the UN, where he held a meeting with his counterpart from Cape Verde. In fact, the two sides signed a memorandum for political consultations, which constitutes the first interstate agreement between the two countries. It is recalled that Mr. Dendias had visited Cape Verde, without, however, being able to carry out any of his planned contacts, as the war that broke out in Ukraine had forced him to hastily return to Athens.