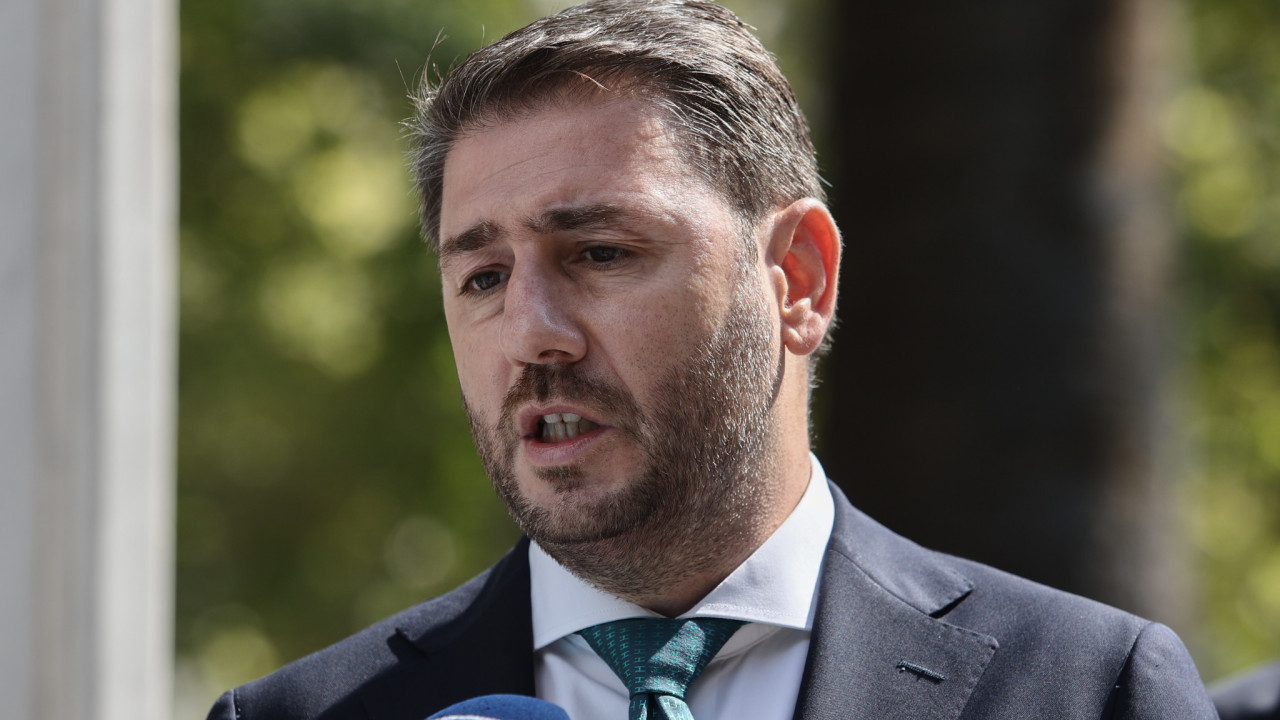 Androulakis: The planets have not conspired against me, but a parastatal mechanism

“Why was the monitoring file destroyed?” he asked and argued that some should apologize because the two months of monitoring were extended by another month to reach the end of the election process.

The president of PASOK-Movement for Change, Nikos Androulakis, in his statements, characterized the discussion with the President of the Republic, Katerina Sakellaropoulou, as fruitful, where the subject of wiretapping was also at the center. On his way out of the Presidential Palace, Mr. Androulakis said that he told the President of the Republic that “it is not a personal matter but a matter of Democracy, it concerns the rule of law, it concerns the separation of powers. This case should not cast any shadow on the political life of the country” and as he emphasized: “That is why I am asking Mr. Mitsotakis again legally, based on the law of 2008 (Article 14 par. 4 Law 3649/2008.) , to lift the secrecy so that the Greek people can learn the truth in a legal way. It is unthinkable that some people think that there will be islands in the functioning of our state, which will not be subject to the control of justice or parliamentary control”.

Mr. Androulakis pointed out the “devilish coincidence that the time difference between the connection from the EYP and the Predator attempt is a few days, as well as what Mr. Rammos said that the day my lawyers go to ADAE the same day the tracking file’.

“Why was the monitoring file destroyed?” he asked and argued that some should apologize because the two months of monitoring were extended by another month to reach the end of the election process.

“Obviously they have nothing to say about all this,” he added and emphasized: “They have not conspired the planets against me, but a parastatal mechanism which should be brought to justice. That’s why I fight. I believe that in this effort is the greater part of our political system which wants Greece to be a normal European country, where these practices will be condemned and will not be repeated in the future at the expense of any citizen”.

He criticized the ND saying that “privacy cannot be a la carte, not apply to Mr. Rubatis because that is convenient for you, but the secrecy applies to Mr. Demiris and Mr. Kontoleons because you fear that the prestige will be damaged of the goverment. The à la carte shows a lack of respect for institutions and Democracy.”

Mr. Androulakis discussed with the President of the Republic the developments concerning the war in Ukraine, the energy crisis which affects all European citizens and especially the most vulnerable, but also overall the competitiveness of the European economies, from the South Caucasus, the Middle East to the Eastern Mediterranean.

Mr. Androulakis commented strongly on the constant challenges of both Mr. Erdogan as well as a party in Turkey’s political scene, “who instrumentalize the refugee/immigrant issue – as was seen yesterday from the floor of the United Nations General Assembly by Mr. Erdogan himself”. “They provoke by not respecting international law and the sovereign rights of our country. In this, a strong internal front is needed which will fight for Europe to acquire a holistic approach to dealing with this challenge”, Mr. Androulakis noted and added: “My position is that the status of a country undergoing accession, Turkey, it is a chimera. We must go to a new special relationship which leads to respect of our rights by Turkey, there should be a decision to impose a universal arms embargo on Turkey by all European states, because Mr. Erdogan is an international disturbance”.