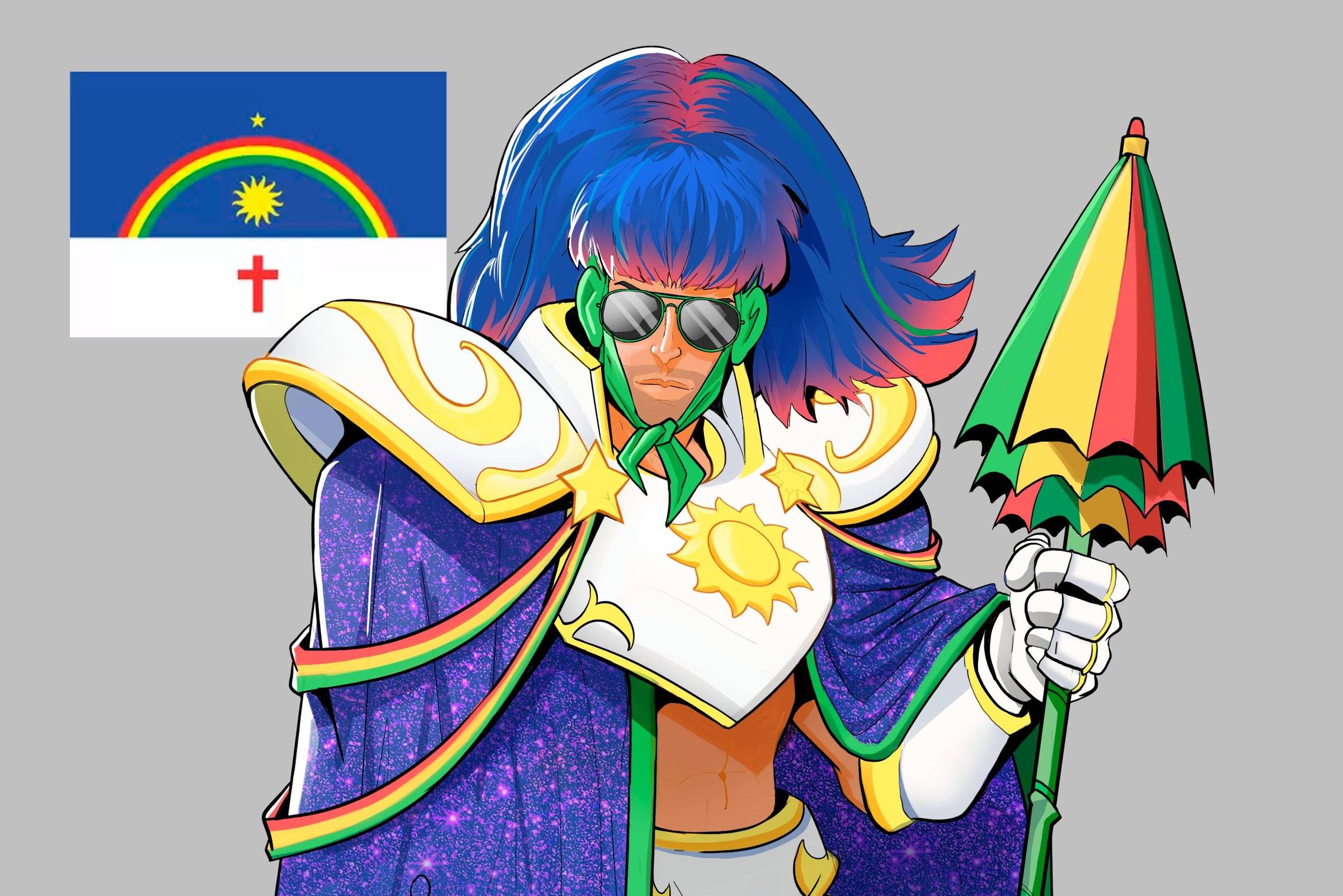 If you were one of those kids addicted to playing “Street Fighter”, you’ll enjoy getting to know the work of illustrator Gustavo Almeida. The 19-year-old has gone viral in recent weeks by designing fighting game characters inspired by the flags of Brazilian states.

A resident of Magé, in the interior of Rio de Janeiro, Gustavo says that he was inspired by similar initiatives seen in the profiles of other illustrators, such as @poxamarquinhos. “I thought it was beautiful, but there were a series of rules and a visual style to follow. I decided to do it my way”, he says in an interview with Sheet.

In addition to the nostalgia of video game fans, the artist attributes the success of the posts to the “neighborhood” of Brazilians. “I just want people to have fun watching their state being represented. I try to immerse myself in each one’s culture”.

To turn each flag into a muscular fighter, Gustavo calculates spending at least 12 hours on production. Your only working tool is Adobe Photoshop software. For now, the post from Pernambuco was the one that gave the illustrator the most work.

Rich in details, the character is as ready to beat an opponent in a fist as he is to dance a frevo in Olinda.

The series is still under construction, but residents of nine states and the Federal District can now check out the “Street Fighter” version of its flags: Bahia, Rio Grande do Sul, Paraná, Santa Catarina, Espírito Santo, Pernambuco, Maranhão, Pará, Rondônia and Sergipe. And people are already asking for more!

In the business for three years, Gustavo started drawing “to earn a little money”. Focused on digital arts, he says he has already taken several courses in the area. Still, he presents himself as “an illustrator in his spare time”. But with the success on the networks, he sees the possibility of taking his art to the “full hours”.

“I’m working on it. I want to join a game studio. Our market has huge potential and I want to be part of it”, he says.

Check out illustrations by Gustavo Almeida:

Facebook
Twitter
Pinterest
WhatsApp
Previous articleWhite House on Putin: Irresponsible rhetoric from a nuclear power – We’re watching closely
Next articleAndroulakis: The planets have not conspired against me, but a parastatal mechanism