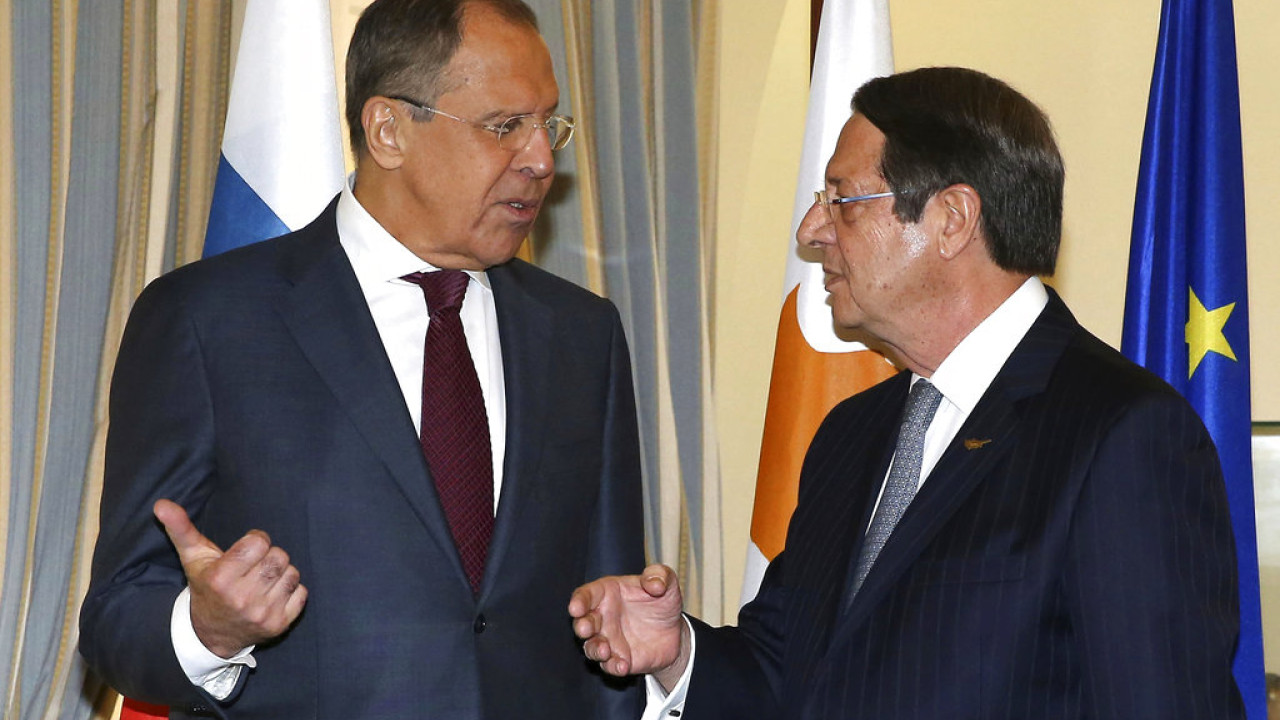 The planned meeting of the President of the Republic of Cyprus, N. Anastasiadis, with the Russian Foreign Minister, Sergey Lavrov, in New York did not take place.

According to the government representative, Mario Pelekanos, the meeting was canceled in the shadow of the developments taking place in Ukraine and after the speech of B. Putin.

Speaking on the State Radio of Cyprus, Mr. Pelekanos said that we are now entering a new critical period as far as Ukrainian is concerned. Guidelines were given by Brussels to avoid bilateral contacts with Russia, he noted. Therefore this development could not be ignored.

As Mr. Pelekanos clarified, the meeting had been arranged several days ago, it was not about the start of flights between Russia and pseudo-states, however the issue would clearly be on the agenda.

At the extraordinary meeting of the ministers of foreign affairs of the EU member states in New York, on the sidelines of the 77th UN General Assembly, to examine what emerges after the speech of the Russian President, the Foreign Minister of Cyprus was also mentioned, Ioannis Kasoulidis.

In his statements to the media, in New York, where he accompanied the President of the Republic of Cyprus N. Anastasiades, Mr. Kasoulidis said that the Synod convened “after the speech of President Putin and the intentions for referendums on the annexation of occupied territories of Ukraine”, noting that “this issue is considered particularly serious and there will certainly be many reactions, perhaps with additional sanctions”.

“We, in Cyprus, are particularly interested in the matter of creating a precedent for annexations” he pointed out, to add: “we will participate together with the other partners in the reaction”.

Besides, referring to his contacts in New York, in the context of the General Assembly, Mr. Kasoulidis said that in his meeting with the US Deputy Secretary of State Victoria Nuland, in the presence of Jeffrey Pyatt, former US Ambassador to Greece and currently in charge of Energy issues at the American Ministry of Foreign Affairs “we discussed the issues of Energy, the electrical interconnection, but also the results of recent drilling. Other results may be expected. The companies must move soon – because it is the companies that are responsible, EMI in this case, which intends to move soon to transport natural gas in the form of LNG, most likely through the two terminals in Egypt, to Europe as soon as possible, which needs it, because we are not talking about long-term solutions, but very short-term ones”.

Due to the events in Armenia, we deemed it appropriate, with our colleague N. Dendias, to have a Tripartite Meeting with the Minister of Foreign Affairs of Armenia, to express our solidarity with the Armenian people who are being tested, which for us is a brotherly people, he noted in particular and added : We also had the established – always held in New York – Tripartite Meeting with the Foreign Ministers of Greece and Egypt and we had special issues to discuss this time which were issues of the cooperation we can have with other EU member states, in the form of 3 plus 1.

We also discussed Libya and the issues arising from the leaders’ decisions in previous Tripartite Meetings. It was a very useful Meeting held at the Offices of the Permanent Mission of Egypt.”

Mr. Kasoulidis also had meetings with his counterparts from North Macedonia, Moldova, Morocco, Andorra and other countries. “It is an intense activity that “cuts a path”, as we say in Cyprus”, said the Minister of Foreign Affairs, clarifying that the General Assembly is a first-class opportunity for contacts both at the level of heads of state and Ministers of Foreign Affairs.

Facebook
Twitter
Pinterest
WhatsApp
Previous articleScientists Create Genetically Modified Mosquitoes That Don’t Spread Malaria – How They Did It
Next articleThe Turkish media have their “hava”: the USA threatens Turkey through Alexandroupolis and Crete