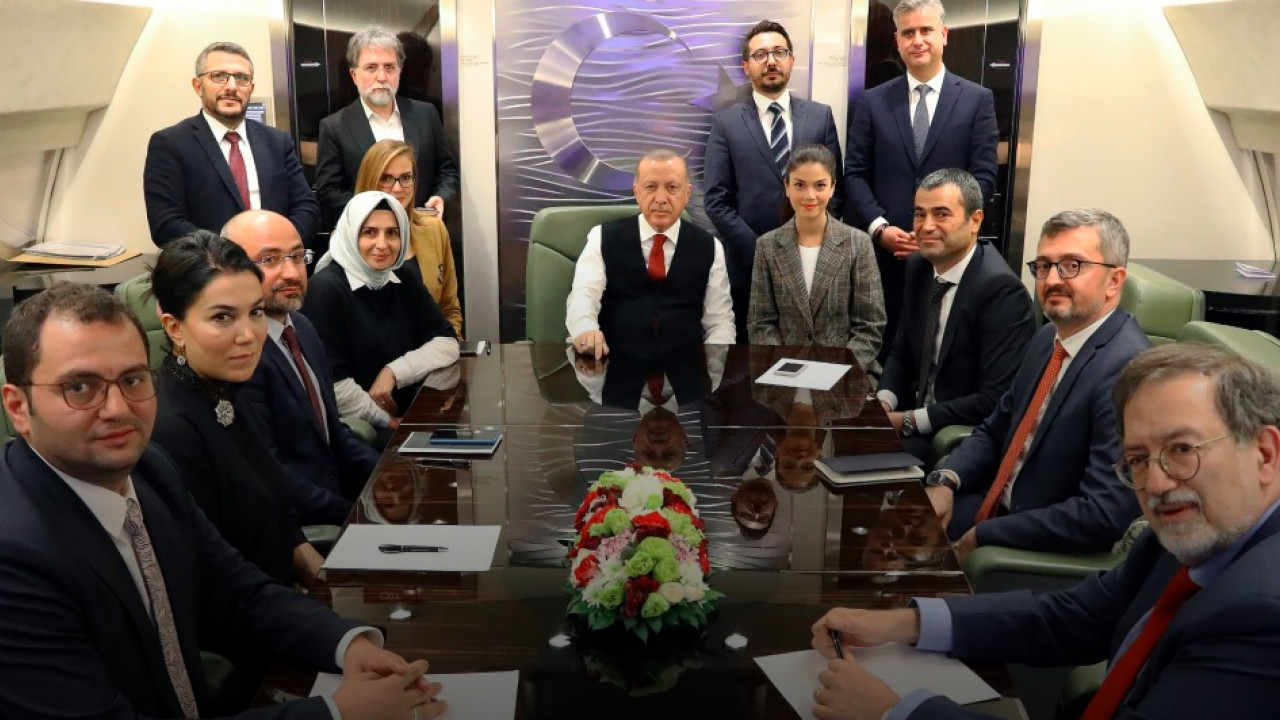 Erdogan challenges the Greek minority in Turkey, after the “slap” from the EU and the “door” from Biden

In wishes for the supply of F-16 fighter aircraft, the Tayyip Erdogan in his statements to reporters on the presidential plane upon his return from New York. As the Sky correspondent reports, Manolis Kostidis the president of Turkey spoke of a “positive climate”, however, unlike Kyriakos Mitsotakis, he did not see Joe Biden at the reception hosted by the American president in honor of the leaders participating in the high-level week of the 77th UN General Assembly.

“We are currently interested in buying the F-16. We had positive discussions with Mr. Biden on this matter. I’ve also had some meetings with Republican senators here. Our Minister Hulusi Akar is also having talks with his interlocutor. We are moving towards a positive climate. We hope that this positive atmosphere will continue. I believe that we will have a result from this work as soon as possible” he noted.

Of course, said the Turkish president, we did not have the opportunity to meet with Mr. Biden at the reception. Later, we may have an opportunity to discuss these matters with telephone diplomacy. But we will monitor the process with the meetings of the Minister of National Defense and the Minister of Foreign Affairs.

“Developments are moving in a positive direction from now on,” insisted the Turkish president.

He attempted to answer Athens’ accusations of shrinking the Greek minority

Tayyip Erdogan also attempted to respond to Athens’ accusations of shrinking the Greek minority in Turkey, shortly after the “slap” in Turkey regarding the position of Greeks in Turkey became known. The Turkish president, in fact, went so far as to issue indirect threats to the patriarchate as well.

“I cannot say much about the Greek Minister of Foreign Affairs, he is not my counterpart… If he is going to speak, let him see Mevlut Bey (s.s. Cavusoglu) and talk with him. But the Prime Minister, unfortunately, does not know his own situation with Turkey. We have not been the government that wants the reduction of the Greek population in Turkey. On the contrary, when I had traveled to Tenedos and Imbros, for example, I always asked the few Greeks who lived there. “Where are your children?” “In America,” they told me. I told them “Bring them to live here.” “I can’t bring my child from America,” they told me. What does this show? It means that he has no desire or effort to live in Turkey. If nothing else, our door is open. We would give citizenship to this child if he were stateless.

He repeated that he decided to mediate for the marriage of a Greek with Turkala. “Actually, it made a lot of sense that once, a (Greek) family did not allow someone to marry a Turkish woman. I said, “If you ask me for help, I’ll try.” There is also that.”

Patriarchy and the Muslim minority

Turkey’s president tried to contrast what he said he was doing for the Ecumenical Patriarchate with the Muslim minority.

“The Synod of the Patriarchate must have a certain number of members. Their number had been reduced to seven. Since he did not have a specific number, I said to Patriarch Bartholomew: “Bring the priests from abroad, I will give them citizenship, because they must be citizens of the Republic of Turkey, so you have completed the Synod”. They ended it like that. But of course the Greek foreign minister knows nothing of all this. They fly into space!”

Our door, he argued, is always open (for Greeks), we also give citizenship. During our time we did not expel any Romans from our country. However, Erdogan argued, there is no limit to the persecution they are currently perpetrating against our citizens and compatriots in Western Thrace. “Recently, they even want to appoint our own priests (s.s. muftis) there themselves. What can you understand from the state and structure of our clergy? Have we made such an effort? Did we stand up and appoint the priests here etc? No” he commented, forgetting that the appointment of muftis by the Greek state is provided for in the Treaty of Lausanne.

The Turkish president repeated his provocative claims from the UN forum about the deaths of migrant babies due to the Greek port
“We had the opportunity to support our speech at the United Nations General Assembly with various photographs. Including these in the presentation also enriched our talk. One of the photos I showed was the lifeless body of the infant Asim, who was 9 months old, and Abdul Wahab, 4, who died as a result of their boats being sunk by the Greek coast guard,” Tayyip Erdogan said defiantly.

“Those who came especially always asked that. We wanted to teach the world a lesson in humanity by showing the photo of the lifeless bodies of these children, and I believe we have taught that lesson in humanity as well. Of course, it is impossible not to be moved by seeing that heartbreaking photo of baby Asim and Abdul Wahab. It is necessary to spread them all over the world and make them accepted all over the world.”

Towards an agreement for direct flights from Russia to the Occupied Territories?

He also let it be agreed that there will be an agreement with Moscow for direct flights from Russia to the Occupied Territories.

“Of course, our policy towards North Cyprus is clear. This is not debatable. We do not see “Northern Cyprus” as a random country. We have accepted it as ourselves, we see it that way, and we will see it that way. Of course, in our meetings with Russian President Putin, I also touched on the issue of “Northern Cyprus”. And I talked about this issue with him all the time…” he declared.

“We always repeat and express our fair struggle in Cyprus to all the leaders we have hosted or visited in our country and that the issue must be resolved in a fair and permanent way. Of course, we will be happy to start direct flights from Russia to the Turkish Republic of Northern Cyprus,” Erdogan added.

“I hope that with the recognition of the “Turkish Republic of Northern Cyprus” in the next period, a very different future will come,” said the president of Turkey.

Facebook
Twitter
Pinterest
WhatsApp
Previous articleGeorgieva (IMF): People will take to the streets if we don’t reduce inflation – A difficult winter is coming
Next articleUbisoft entertain: Stifel is no longer for purchase, objective lowered