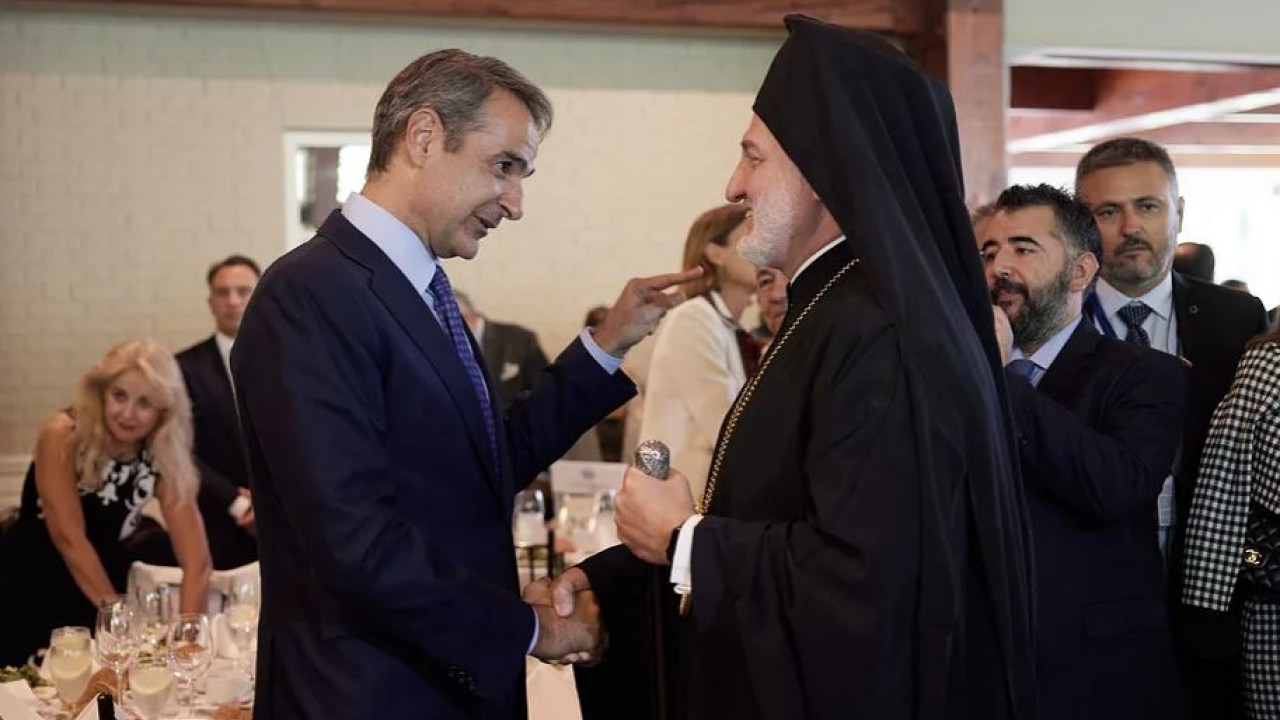 Hopeful in Mitsotakis: In a period of uncertainty, you continue to demonstrate the required leadership skills

“In a period of global uncertainty, you continue to demonstrate those leadership skills that are needed both for our Greece and for the entire world,” said the archbishop of America

The Archbishop of America, Elpidophoros, made a reference to the person of the Prime Minister, Kyriakos Mitsotakis, during his short speech at the beginning of the lunch that the Omogenia organizations gave to the Greek Prime Minister, at the Loeb Boathouse, in New York.

As the Archbishop pointed out, who yesterday had his first contact with Kyriakos Mitsotakis shortly before their meeting today at the Holy Church of Agios Nikolaos, the national pilgrimage of the United States of America, at the Zero Point of New York, “his presence Kyriakou Mitsotakis last May in America and his speech at the Joint Session of Congress was an unprecedented honor both for him personally and for Greece, which filled all expatriates with deep emotion and great pride.”

“In a time of global uncertainty, you continue to demonstrate those leadership skills that are required both for our Greece and for the entire world.”

The Archbishop of America then offered the prayer, not only invoking God’s blessings for the Greek prime minister, the Greek government and Greeks all over the world, but also for the prevalence of peace, stability and freedom everywhere on earth.

Facebook
Twitter
Pinterest
WhatsApp
Previous articleOrange: Partners for a secure platform
Next articleMetropole tv: The M6 ​​group still open to a takeover, its action and that of TF1 benefit from it