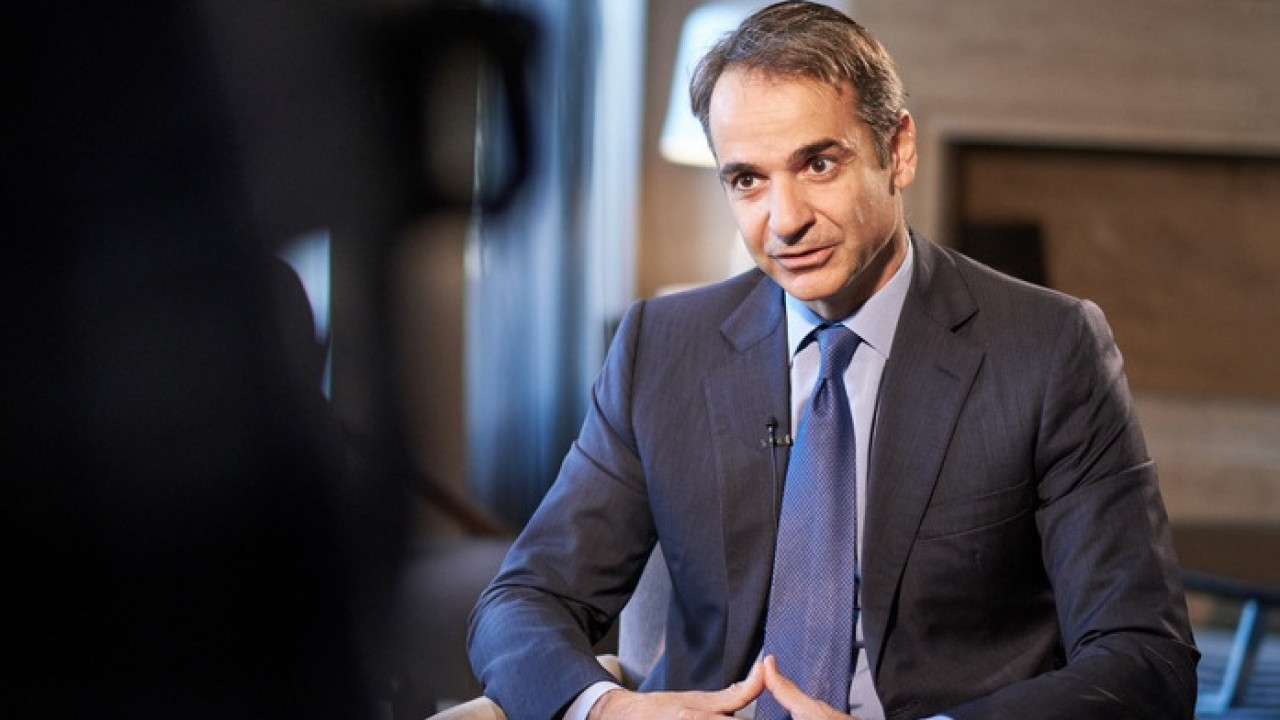 Mitsotakis on CNN: Fake news and ridiculous accusations from Turkey on immigration

Whatever sanctions we impose should hurt the Russian economy more than the European economy, the prime minister clarified in his interview with the American network

The prime minister blamed Turkey for a continuous war of fake news and ridiculous accusations in immigration Kyriakos Mitsotakis in an interview with the American CNN network.

Responding to Tayyip Erdogan’s accusations from the UN forum of “crimes against humanity” by Greece with migrant victims, Mr. Mitsotakis spoke of outrageous claims. We have saved tens of thousands of migrants, we saved over 100 today alone, among them children… Turkey blaming Greece, which has used migrants as a tool for political reasons it is absolutely ridiculous. (In 2020 in Evros) Turkey mobilized tens of thousands of migrants to pass through Greece to Europe. So if there is a person in the sea, we will rescue him. I am really frustrated with this constant war of fake news from Turkey. We are neighbors, we need to sit down to discuss and cooperate, Turkey has an important role to play in immigration.

Speaking of a Turkish crescendo of challenges, Kyriakos Mitsotakis attributed it to internal reasons. He stated that the Turkish government is questioning the sovereignty of the Greek islands, with unacceptable, outrageous claims. We encourage discussion with Turkey based on the principles of international law in a civilized manner, he stressed.

We need to send a signal that this issue is not only about Ukraine, but every authoritarian leader who wants to change the borders made a meaningful note of the new set of sanctions against
of Moscow that Europe will consider.

“The measures the EU will take must hurt Putin more”

Also, when asked about the eighth set of EU sanctions against Russia, Mr. Mitsotakis replied that the Europeans must continue in the direction of imposing sanctions, and protect the population from the rise in prices due to the instrumentalization of energy by the president of Russia .

He stressed that the seven sanctions package against Russia already represents a significant intervention, but European leaders must maintain the cohesion of European societies in the face of a difficult winter to deal with the impact of high energy costs.

Greece, noted the prime minister, was a pioneer in this matter, while we expect more measures from the Commission regarding natural gas.

For Hungary he said that on the front against Russia we need all countries. Whatever sanctions we impose will have to hurt more the Russian economy from the European economy, he clarified.

The cost of gas especially skyrocketed, however, he mentioned the measures taken by the government, with the new operating mechanism of the wholesale market, i.e. taxation of energy producers at the source, and direction of revenues to the energy transition fund by subsidizing the price of electricity and gas. Citizens will pay more, but not too much, while the subsidy is linked to consumption, with a reward for reducing consumption, he explained. The EU, Mr. Mitsotakis commented, I think will propose a similar set of measures. He explained that the government announced a support package for the most vulnerable, as there is the appropriate fiscal space, with over 5% growth of the Greek economy.

“Intervention in the energy market is absolutely necessary when we talk about such emergency conditions, we need to save as much energy as possible,” he said.

At this point, he pointed out that a coordinated European effort so that President Putin fails to instrumentalize energy and inflict pain on European citizens. The cost of energy is a real problem, with inflation worldwide rising, he said.