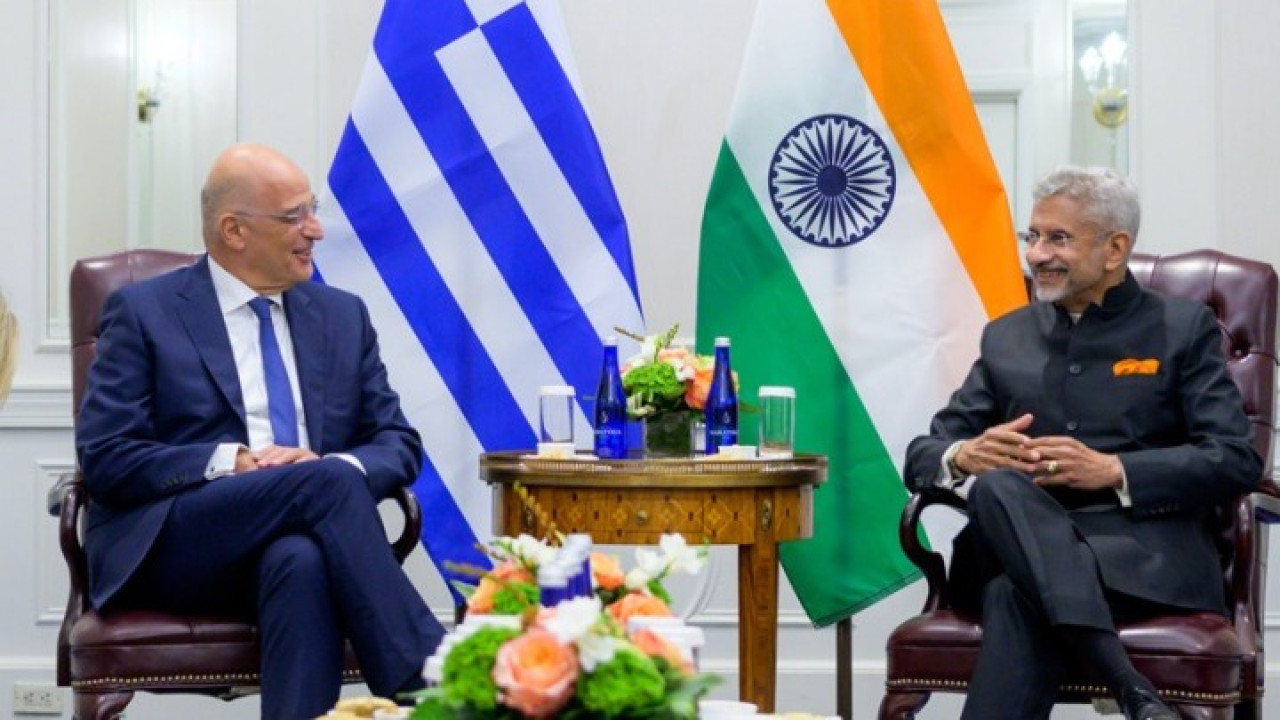 Greece – India want their cooperation to acquire a strategic character

Hearty meeting the foreign ministers of Greece had Nikos Dendias and Dr. Subrahmanyam Jaishankar of India in New York, on the sidelines of the UN General Assembly. With the aim of bilateral relations acquiring a strategic character, the two foreign ministers discussed the next steps for the expansion of bilateral and multilateral cooperation between Greece and India. It is indicative that this meeting was the 5th in a period of one year and three months. Also, Nikos Dendias and Subrahmanyam Jaishankar exchanged views on Ukraine, the Eastern Mediterranean, the Asia-Pacific region and the Cyprus issue, as N. Dendias mentions in his post on Twitter.

It is recalled that their last meeting took place on August 3 in Cambodia, on the sidelines of the 55th Session of the “ASEAN” Organization (Association of South – East Asian Nations), following the official visit of Nikos Dendias to New Delhi, in March .

Of particular importance to the Greek side is the fact that India has also signed the Convention on the Law of the Sea. “The relationship between our two countries, a relationship that we expect to turn into a strategic relationship, is based on common principles and values ​​such as respect for international law, the United Nations Convention on the Law of the Sea, i.e. UNCLOS, and peaceful resolution of disputes” Nikos Dendias had characteristically stated during the official visit of his Indian counterpart to Athens, in June 2021.

Facebook
Twitter
Pinterest
WhatsApp
Previous articleReturn of Gionis to the Greek rating board after two decades
Next articleAngelos Syrigos: We take care of the 2 students in Russia who have financial problems