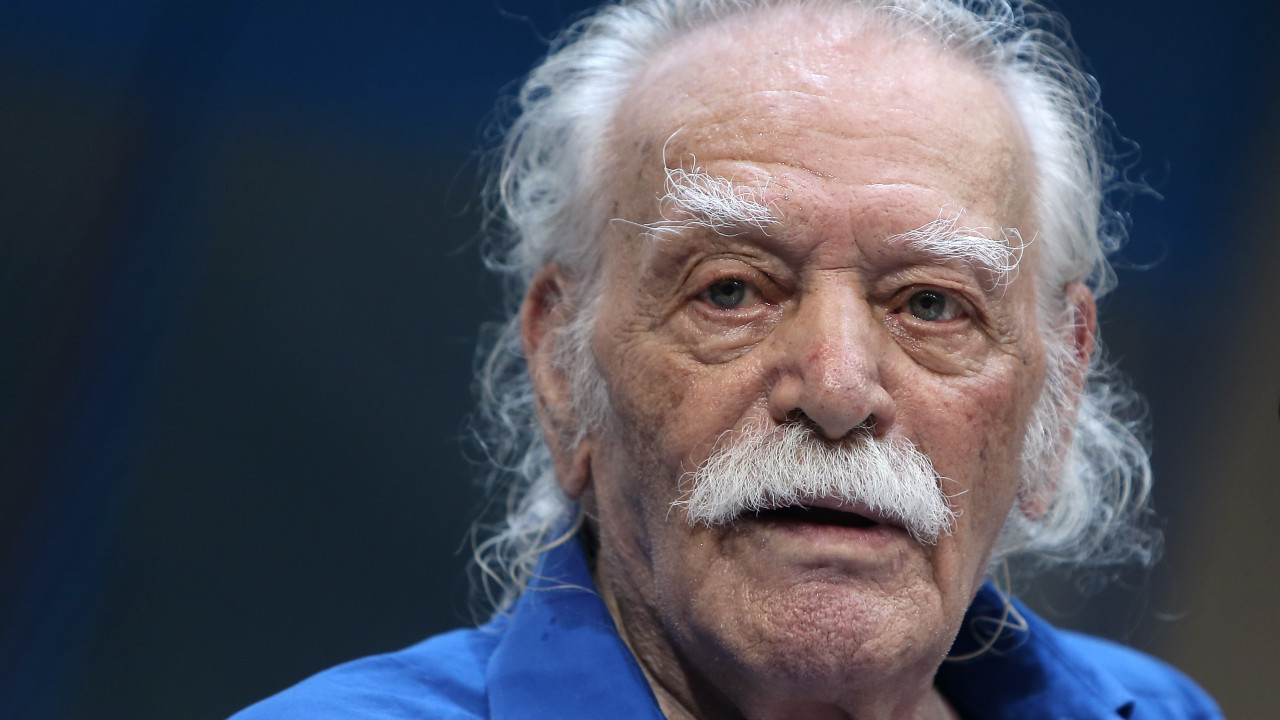 An honorary event for Manolis Glezo, on the occasion of the 100th anniversary of his birth, as well as the official unveiling of the hall that will now bear his name, was held today at the European Parliament in Brussels.

The President of the European Parliament, Roberta Metsola, the President of SYRIZA, Alexis Tsipras, the head of PASOK, Nikos Androulakis and the MEP of the KKE, Kostas Papadakis, participated in the event and spoke about the life and legacy left by Manolis Glezos. while the head of the Eurogroup of New Democracy, Vangelis Meimarakis, intervened in the debate to pay tribute, via video call. Members of Manolis Glezou’s family were also present, as well as his friends and competitors who lived with him closely.

The President of SYRIZA, Alexis Tsipras, spoke of a “historic day” for the European Parliament which today gives the highest honor, “not just to a Greek politician, and to a Greek fighter, but to an important European, to a European symbol of resistance and struggle for social justice, in a symbol of struggle against fascism”.

“Manolis Glezos for all of us was not just a symbol, but our history itself. The face of a struggling Greece. The mind of a Greece that envisions. The soul of a Greece that never submits to authoritarianism. If one moment were his whole life, it would be the one when, together with Lakis Santa, they took down the banner of the horror of Nazism from the sacred rock of the Acropolis.

The courage, the drive and the sparkle in his eyes, however, remained the same throughout his life. Because the courage of Manolis Glezos always came from his ideas. From his deep belief that Democracy and Freedom are inviolable principles for human existence itself. And he dedicated his whole life to them. These principles he passed on, not only to us his comrades, not only to the progressives and the Left but to an entire people, by his example. Manolis was national, he was universal, he was a symbol of struggle and assertion against injustice, against fascism for all the peoples of the world. But he did not live to be a proud symbol of yesterday. But for him to always be useful in the daily struggles of today and tomorrow”, said Alexis Tsipras.

Continuing, the President of SYRIZA emphasized: “Manolis Glezos leaves behind us a heavy legacy with his actions, but also a great idea. That the world can change, if we passionately fight for it and if we join forces for it. And that legacy is more relevant today than ever. Our guide to the new battles against the darkness of the extreme right and totalitarianism that threatens again today to turn back the clock of Europe by decades. This is the great dividing line that, unfortunately, even today after decades emerges as a necessity in a Europe that is under threat. And it is no coincidence that today we are all here to honor Europe’s first partisan, at the same time that some others are turning a blind eye and legitimizing the rise of the far right to power in crucial European countries. The honor to Manolis Glezos is today a duty for all of us, identical to that for the defense of our values. Of common progressive European values. Freedom, Democracy, Justice. Heroes like Manolis were once needed to defend these values ​​and drag the cart of history forward. Today it is the duty of all of us to never again need heroes like Manolis in the future. But let Europe stay on the path of Democracy, Peace and advancement”.

Taking the floor, the President of PASOK, Nikos Androulakis reminded that the conditions of the pandemic did not allow the Greek people to follow Manolis Glezo as their last residence. And that if this happened, hundreds of thousands of Greeks would follow him. “Throughout his life he never hesitated for a moment to fight for his ideals, no matter how strong the opponent was. Charles de Gaulle had characterized him as the first partisan of Europe. It started from Apeiranthos in Naxos and developed into one of those unique figures that marked the recent history of our homeland”, said N. Androulakis. “A fact that shows the size of the man is that, while as an MEP he continued his fight for the German debts to Greece, coordinating all of us, our parliamentary groups, he did not hesitate in the summer of 2017 to give that wreath to the German ambassador , at the monument of executed residents of Distomos, wanting to send a resounding message to all of Europe, for the Europe of the peoples, of peaceful coexistence and progress”, he said then and added: “At a time when the extreme right is threateningly strengthened and authoritarian leaders trample on international law, dignity and human rights, the political legacy of Glezos is a compass for every democrat and progressive citizen”.

Continuing, the President of PASOK emphasized that “The enemies of the Republic and our people are at the door”, with a war in the heart of Europe with millions of refugees and thousands of dead, due to Putin’s barbaric and illegal invasion of Ukraine. “Who would have expected that the apologists of the authoritarian regimes that led to the destruction of humanity would gain political ground in many states of Europe. “Whoever forgets the past is lost and has no future”, said Glezos. Therefore, in order for the peoples of Europe to have a future of perspective and prosperity, we must not only honor the struggles fought by people, such as our beloved colleague Manolis Glezos, but above all be inspired in our own struggle, our own tangible struggles, for peace , democracy and progress!”

For his part, the MEP of the KKE, Kostas Papadakis referred in detail to the life of Manolis Glezos: “Manolis Glezos, the fighter of the Resistance, was recorded in Greek and world history by taking the lead together with Laki Santa, in an emblematic act of brave resistance of his of our people, taking down from the Acropolis the repulsive and populist Hitler flag, on the night of May 30th to 31st, 1941. Manolis Glezos, during the period of the Occupation, acted through the lines of the KKE and the EAM. He was arrested and convicted 3 times by the Italian and German occupation forces. After the liberation he assumed the charge of the editor-in-chief of “Rizospastis”. He was arrested and tried in 1948. Like thousands of fighters, he will suffer years of imprisonment, exile, torture. From prison, in September 1951, he was elected a member of parliament with the EDA. He was released from prison in 1954 and in 1956 took over as director of “Avgi”, which was then the newspaper of the EDA. He was imprisoned again from 1958 to 1962. In 1962 he was awarded the Lenin Prize by the Soviet Union, for his resistance, anti-fascist action, his struggle for peace. In 1961 he was elected a member of the Central Committee of the KKE by the 8th Congress of the Party. With the imposition of the junta of the colonels on April 21, 1967, he was arrested and held for 4 years in prisons and exiles: Goudi, Pikermi, General Security, Gyaros, Partheni Lerou, until his release in 1971 by Oropos. He connected a significant part of his life with the KKE. Until 1968 he was a member. From 1981 onwards, he was elected MP and MEP with PASOK and later with SYRIZA. All these years, our ideological and political differences have always been discussed frankly and openly. Until the end of his life, he took initiatives to claim German reparations, he was active through the National Council for Claiming them, as well as in the capacity of a member of the European Parliament. His life and actions were connected with the modern history of Greece and the struggles of our people. We will always remember him as a symbol of the struggle against fascism – Nazism, for freedom and peace.”