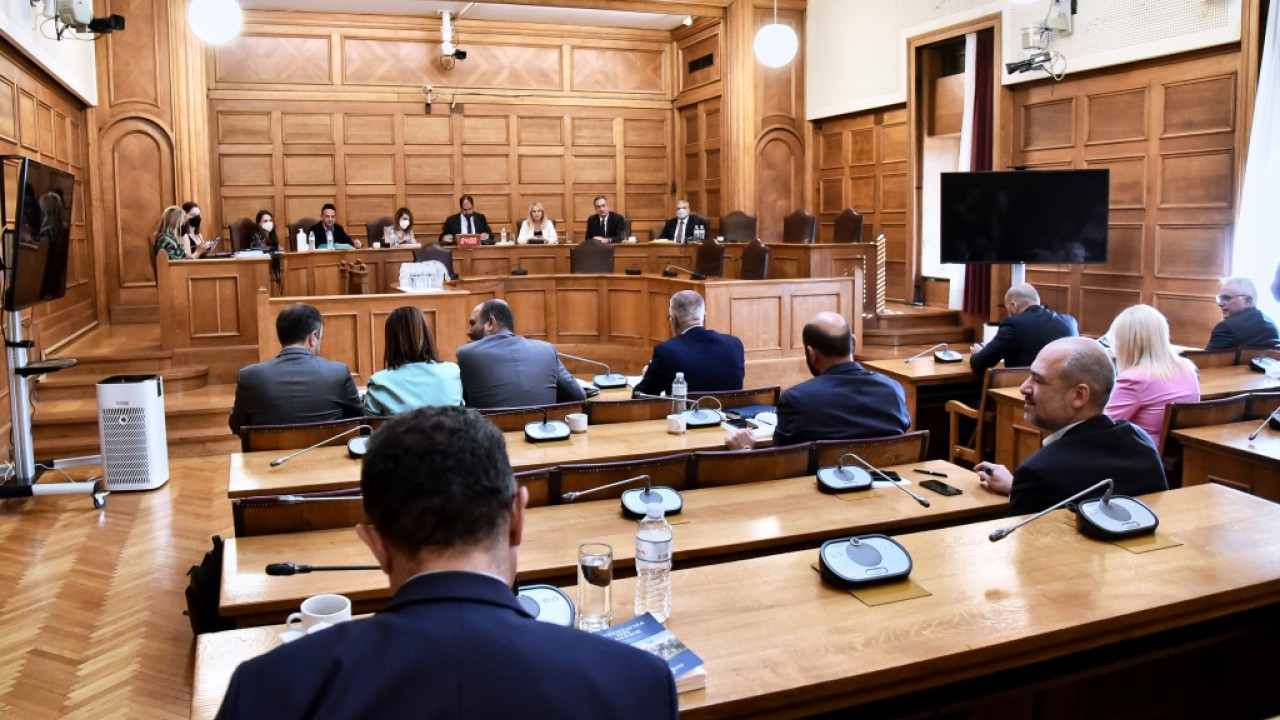 The Examination process is completed – The findings of the parties

The last lines will be written tomorrow, Friday, at the Examining Court where the testimony of Nikos Androulakis is expected. After all, he is the only political person who will be in the Parliament on the issue of EYP’s connections

After the economy and the wave of accuracy, the subject that causes the greatest friction between the government and the opposition is the case of surveillance.

The last lines will be written tomorrow, Friday, at the Examining Court where the testimony of Nikos Androulakis is expected. After all, he is the only political person who will be in the Parliament on the issue of EYP’s connections.

The opposition continues to protest that neither the former general secretary of the prime minister, Grigoris Dimitriadis, nor the ministers who attended the first meeting of the Institutions and Transparency Committee were invited.

The majority decided last week that there would not be another round of witnesses, which led the opposition to walk out of the meeting. As a follow-up to this it became known from minority parties that they would not send questions to the representative of Intellexa who did not appear before the Commission.

Even the day on which the president of PASOK will testify was the subject of many discussions, as the completion of the list of names led the president of the Commission, Yiannis Kefalogiannis, to initially announce that he would testify last Tuesday. The two representatives of Harilaou Trikoupis reacted and finally the obligations of Mr. Androulakis in Brussels postponed his presence by three days.

What remains and will write the epilogue of the Inquiry almost a month after its start are the parties’ conclusions. The ND is expected to focus on the new legislative framework for the operation of the EYP. The big gain for the majority is the highlighting of the pathologies that the National Intelligence Service has been dealing with over time.

Increasing the “filters” through which the EYP’s decision to monitor a political person will pass is the most important step that will be taken. In addition to the two signatures from prosecutors, which was changed by the Act of Legislative Content, the information of “Kathimerini” reported that as an additional layer of security, it is proposed that the signature of the respective minister who will be in charge of the EYP is now needed. Also, the possibility of accurately describing the reason for the surveillance and not vaguely invoking “reasons of national security” is being considered, as well as the reinstatement of the provision that provides that the person being monitored can be informed about the time and the reasons for which had been placed under surveillance.

The information states that the blue faction will not leave out of the frame the case of the surveillance of Stergios Picciorla, while what they point out is that the process did not result in any connection of the EYP with malicious software.

There is no information on whether the conclusion of SYRIZA and PASOK will be common. Koumundourou sources told that it is something that SYRIZA will pursue. It is certain, however, that the positions of the two parties on this matter will be identical.

They will refer to an attempt to cover up the case by the majority, for an express procedure in order to prevent new evidence from coming to light, while for the invocation of confidentiality by the witnesses they will argue that under this pretext the essence of the connections from the EYP It is estimated that through the Institutions and Transparency Committee, the two parties will continue to bring the case to the fore. The conclusions of the KKE, the Hellenic Solution and MeRA25 will be leading points for the government’s management of the case.