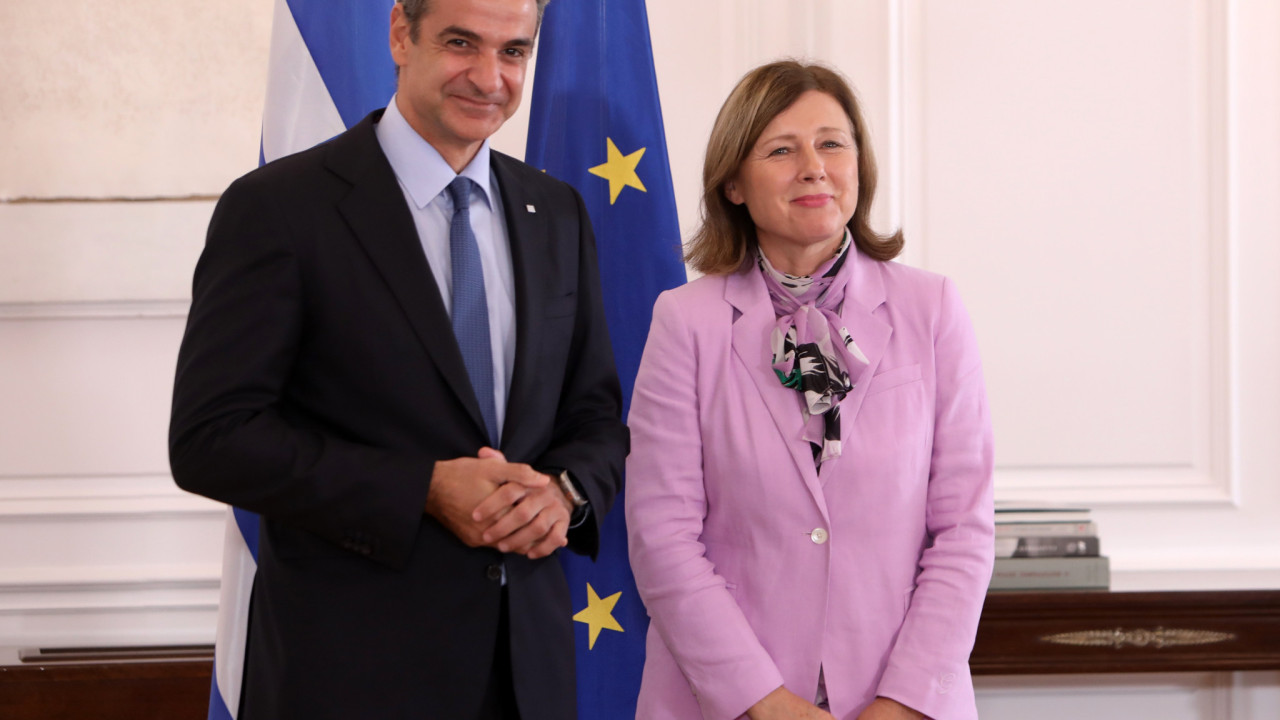 Kyriakos Mitsotakis met in the afternoon, at Megaros Maximos, with the vice-president of the European Commission for Values ​​and Transparency, Viera Yourova.

During the meeting, the Prime Minister emphasized Greece’s firm commitment to the defense of basic European values ​​at the national, EU and international level and the commitment to close cooperation with the European Commission and the European Parliament.

Kyriakos Mitsotakis reiterated Greece’s continued support for the independence, integrity and territorial sovereignty of Ukraine, against the Russian invasion.

The prime minister informed the Vice-President of the European Commission about the government’s initiatives to establish additional checks on the operation of the security services.

Kyriakos Mitsotakis also welcomed the European Media Freedom Act, the new set of rules proposed by the European Commission to protect media pluralism and independence in the European Union. He pointed out that the establishment of a single framework will henceforth be the safest and most objective criterion for the level of pluralism and pluralism in each member state.

He also informed Mrs. Yourova that many of the provisions of the Freedom of the Media Act are either already part of the Greek legislation or have been included in the bill “Strengthening Publicity and Transparency in the Print and Electronic Press”.

The meeting was also attended, from the side of the government, by the Minister of State Giorgos Gerapetritis and the Deputy Minister to the Prime Minister and government representative Giannis Oikonomou.