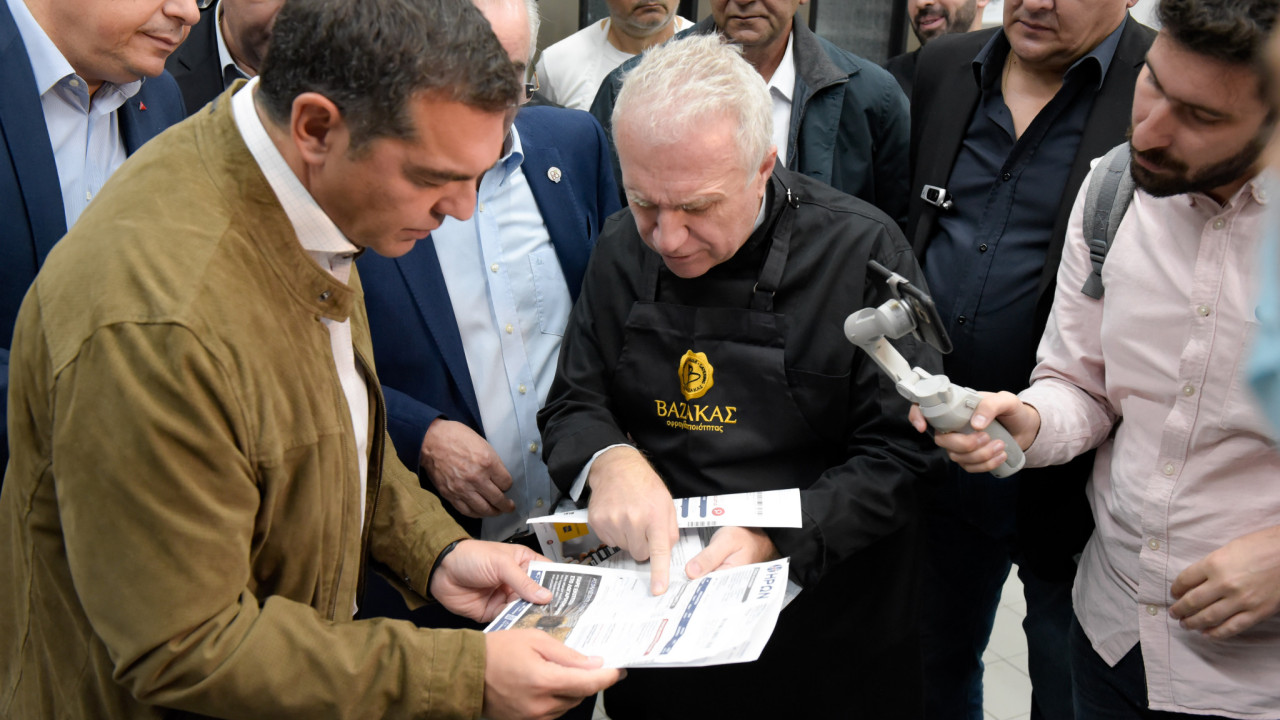 Tsipras: It is inconceivable that VAT and social security taxes, which mainly burden small and medium-sized businesses, have not been reduced

Some are hoarding while the majority cannot survive, says the president of SYRIZA after his meeting with the Federation of Bakers of Greece

After the meeting with the Federation of Bakers of Greece the President of SYRIZA, Alexis Tsiprasmade the following statement to the press:

“The alarming increases in electricity prices have created conditions of dissolution for small and medium-sized businesses and especially for the bakers sector, where even after the changes made to the tariffs in August, they have seen an increase in their bills, not a decrease.

The readjustment clause is gone, the raises are not. And today, September-October, these people see in the tariffs they are asked to pay for their electricity and natural gas bills, prices that they cannot afford and prices that make their operation prohibitive.

dozens, hundreds of bakeries are closing across the countrywhile jobs are lost because the increases for an average bakery correspond to two and three employee salaries.

The government had announced since March that I met with the bakers a subsidy which was never given to them. It is time to give, even retroactively, to stop this wave of lockouts in bakeries.

At the same time, he must give explanations. Is it possible to be the first country in the whole EU in electricity prices for non-household consumers, ie for small and medium-sized enterprises? Even after the subsidies to be the second worst in all of Europe?

Is it possible that not even half a percent of the VAT on basic consumption items has been reduced, but also the VAT that burdens small and medium incomes, while inflation has climbed to 12%, and while most countries in the world have reduced indirect taxes?

All this is a political choice. And indeed some are hoarding while the great majority of Greek society cannot look forward to the next day not with optimism, but not even with endurance. It cannot survive. This is the reality today.

Another policy to support small and medium-sized enterprises is needed. Justice is needed, justice everywhere. That is why I am here today next to the production people who need support. Where they must lean to be able to face this terrifying difficulty.”