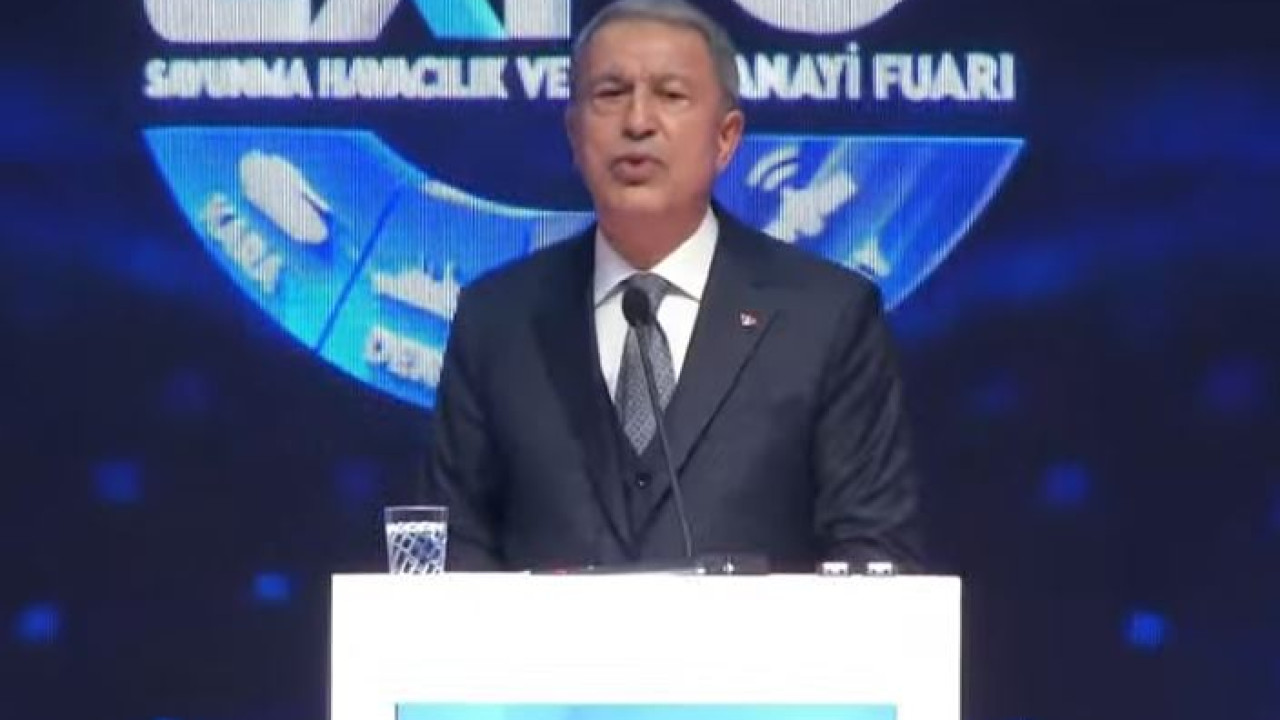 Akar does not change: Greece is expansionist… it got under our noses and constantly provokes and threatens Turkey

The Turkish Defense Minister reiterated that “Turkey is determined and capable of protecting its rights and interests in the Aegean and the Eastern Mediterranean, including Cyprus.”

The words are now losing their meaning and logic, as the distortion of reality may not be enough as a concept to describe the daily delirium against Greece in the neighboring country.

As reported by SKAI’s correspondent in Istanbul, Manolis Kostidis, the Hulusi Akara few 24 hours after the conversation he had with Nikos Dendias, he returned to the rhetoric of distortion and big mouths, calling Greece “expansionist” and saying that it “constantly threatens Turkey”.

Mr. Akar stated that the Greeks “invented” “Neo-Ottomanism” and that Turkey is doing everything it can for peace in the region.

“Despite all the provocative actions and rhetoric, we make great efforts to keep open the channels of communication and dialogue with our neighboring country Greece and we always extend our hand for peace for the stability of our region.

At the time when we are approaching the problems with peaceful solutions some well-known Greek politicians who are known to cover their own dreams for the “Great Idea” invented and talk about “Neo-Ottomanism”. In this way they accuse Turkey of expansionism. However, the real expansionist is Greece itself, which has expanded 3 times in 7 stages since its foundation and has gotten under our noses and constantly provokes and threatens Turkey.” stated the Turkish Minister of Defense and continued:

“Despite the approaches of Greek politicians that are far from reality, mathematics and are disconnected from logic and law, under the health of our president we will continue to make the Aegean and the Mediterranean a sea of ​​friendship for peace and stability and for the fair distribution of all wealth.

However, those who pride themselves on bringing the problems between us to the international level and those who believe that they will encroach on our rights by asking for help from some, should know very well that we will never allow fait accompli and some impositions on our rights and interests, we never will!

As has been the case throughout history, Turkey is determined and able to protect our rights and interests in the Aegean and the Eastern Mediterranean, including Cyprus.”.

Proud of the Turkish arms industry

He then spoke about the Turkish arms industry:

“We are the country that produces our missiles, our helicopters, our ships. With God’s help we will build our national fighter and our national tank. We will do both our aircraft and our fighter. The genie is out of the bottle, we’re not stopping, we’re going to build them.”

Minister of Industry and Technology: Some were annoyed with Tayfun

On the same wavelength and the Turkish Minister of Industry and Technology Mustafa Varank, who referred to the … annoyances of some about the test of the Tayfun ballistic missile.

“The stronger your defense industry, the more efficient, the more powerful and the more reliable you are in world politics. Today, no open or hidden embargo can prevent Turkey from this success story.

The Tayfun missile that we have released and our President has announced is the newest in the ever-evolving family of missiles.

Whatever Tayfun’s range. Some were annoyed. We are not interested in these discussions. No one needs to worry. Turkey has never laid eyes on someone else’s territory. The evolution of our technology is not to attack but to defend. We build to prevent, not to attack. Our miracles in the defense industry have been going on for 10 years and we are using them to stop the tyranny of the imperialists or those who use them as their pawns. To the whole world we say clearly, we will not remain spectators even in the slightest threat against Turkey”.

Facebook
Twitter
Pinterest
WhatsApp
Previous article
What benefits does OPECA pay on October 31st?
Next article
Bakoyannis: We are strengthening the visibility of Athens in the international conference market and stimulating the economy