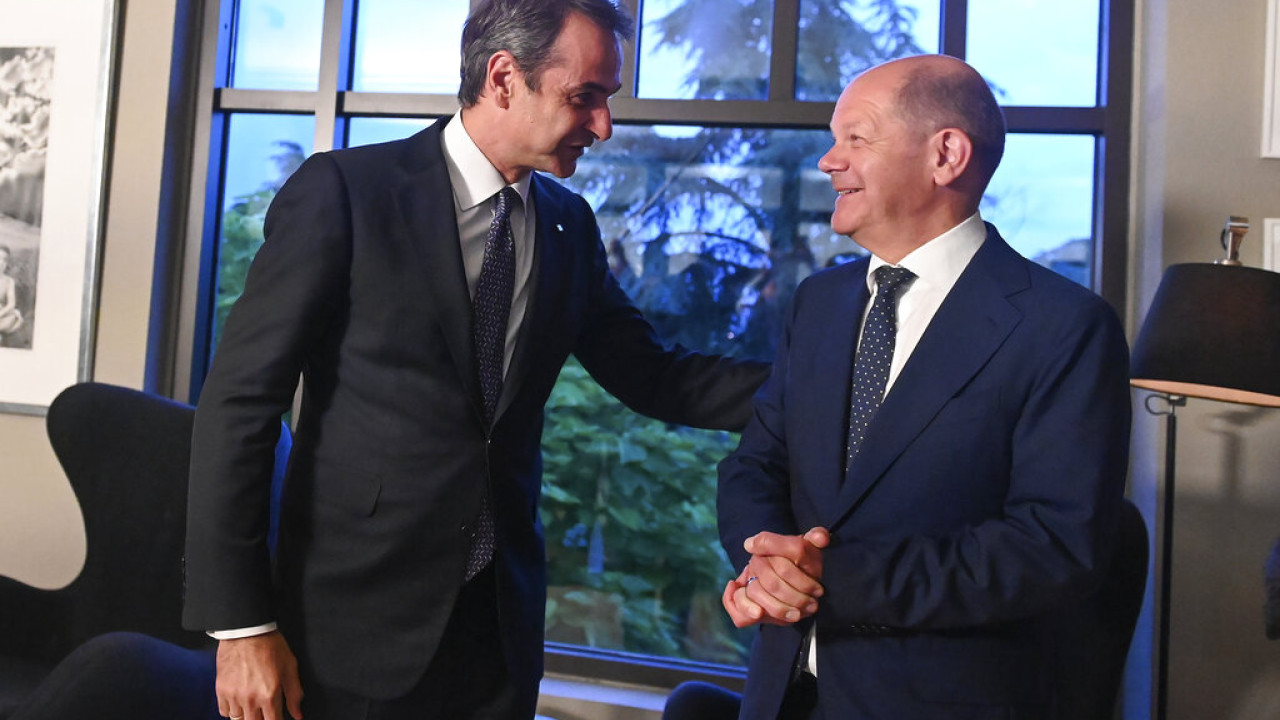 Olaf Soltz in Athens – Tomorrow morning at 11:00 the meeting with Kyriakos Mitsotakis

The Chancellor of Germany is in Athens, Olaf Solz who arrived in our country just a few hours after the visit he made to France and the meeting he had in the morning with the French president, Emmanuel Macron.

The visit to our country comes at a critical geopolitical juncture with European states facing common challenges, such as the energy crisis and accuracy as a result of the Ukrainian war and with Greece facing geopolitical upheavals in the eastern Mediterranean due to continuous Turkish provocations.

Olaf Soltz will visit the Acropolis on Thursday morning and at 11:00 he will have a meeting with the Prime Minister, Kyriakos Mitsotakis, at the Maximos Palace, where the two leaders will make joint statements to the journalists. The scheduled press conference is expected at 12 noon. After a joint working lunch of the two delegations, the chancellor and his colleagues will depart in the afternoon for Berlin.

The topics on the agenda

The German chancellor’s visit comes just a day before October 28, the national anniversary, with German Marder armored personnel carriers from the Berlin-Athens circular arms exchange agreement in support of Kiev expected at the Thessaloniki military parade. Also, the meeting of the two leaders comes the day after the Council of European Energy Ministers, during which they discussed how to implement the political agreement of the Prague Summit to deal with the energy crisis, however, they did not reach a joint decision as there was no lack of disputes over the mechanism for controlling the gas price on the Amsterdam Stock Exchange.

So, one of the topics that will be put on the table is expected to be the energy crisis which is plaguing all the countries of Europe with Germany urgently looking for new and ideally “green” energy resources in order to accelerate its – almost exclusive for years – dependence on Russian natural gas. So Greece came on October 24 with a very tangible proposal. A preliminary sailing plan has even already been presented to the Green Finance Minister Robert Hambeck.

“Our proposal is to build a direct electrical interconnection between Greece, Austria, Germany that will pass through intermediate countries in the Western Balkans or through the Adriatic. In this way, our goal is to transfer ‘green’ energy at very competitive prices to Austria and especially to southern Germany, where there is a great need for electricity from renewable sources,” Environment and Energy Minister Kostas Skrekas explained to DW.

Also, the issue of Turkish challenges and Turkish threats are expected to be discussed at length.

Olaf Solz is in Athens right after the meeting he had this morning with the French president, Emmanuel Macron, following the rumors circulating that the Franco-German axis is in crisis. For many analysts, their meeting comes with the aim of rewarming relations between the two countries and finding a common line on issues such as how best to deal with skyrocketing energy prices.

Facebook
Twitter
Pinterest
WhatsApp
Previous article
Rape of a 12-year-old girl in Kolonos: The police officer who is being checked is in the service of the Security – What he told his superiors
Next article
World to increase greenhouse gas emissions by 10.6% by 2030