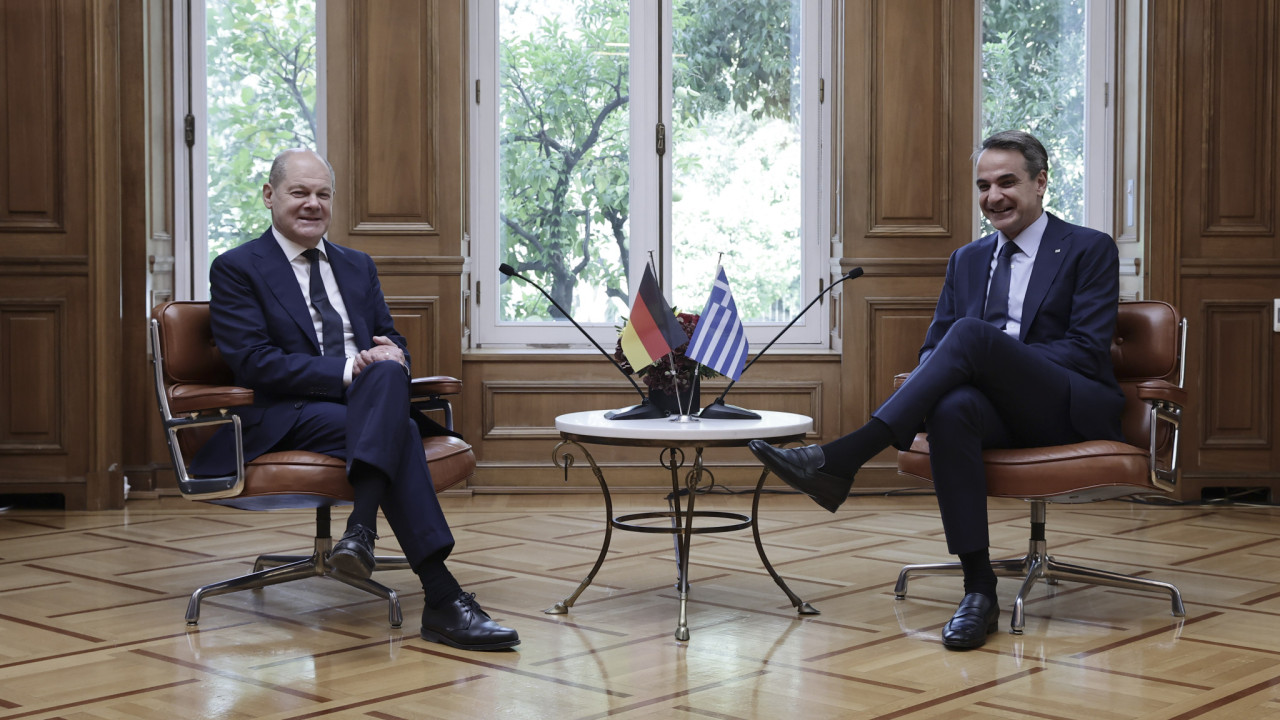 Live – Mitsotakis to Soltz: For us, the issue of German reparations is open

Mitsotakis’ message to Turkey in the statements with Soltz: History does not change with illusions – The joint statements of the prime minister and the German chancellor live from the Maximos Palace

The meeting between Prime Minister Kyriakos Mitsotakis and German Chancellor Olaf Scholz has ended. The prime minister began by referring to the visit of Mr. Soltz’s predecessor, Angela Merkel, last year. He pointed out, however, that the economic environment in Greece is now upgraded and this is happening at a time when my country is defending itself, both in the energy crisis and in the face of challenges.

It is my pleasure, that we are meeting with new roles, with my country not asking, but participating and now leading the way for a unified energy policy, further deepening of the Democracy that is besieged by populism. There could not have been a better answer than that of Willy Brand in 1975: Some thought they could solve the problems alone and concluded that the development of a common European policy was an absolute priority. I subscribe to every word of the great German and European leader.

Germany is one of the first investors in my country, for agricultural products, tourism, we recently launched a circular exchange in Defense, German companies are participating in major projects, Greece and Germany are leading the way in the green transition.

– Europe cannot tolerate a new war in its heart, but neither can what is happening in Cyprus.

– The European reaction must be two-fold, to intensify our support for the defender, to cancel Moscow’s plan that seeks instability. Setting limits on markets and protecting citizens from unfair burdens.

– We discussed the Eastern Mediterranean, I repeated that it is a shame that Mr. Erdogan is walking in a dead end, poisoning his people, everyone knows the islands do not threaten anyone, History does not change with illusions.

-Greece guards and will guard the Greek borders, we protect the persecuted.

-We oppose international legitimacy to provocation. The only difference with Turkey is the demarcation of maritime zones, which we discussed with the document circulating as a so-called Turkish-Libyan pact, I wish our neighbors would march towards de-escalation, they will always find me ready to extend a hand of friendship. we don’t want tensions, to solve our differences peacefully, that’s what our people want.

Facebook
Twitter
Pinterest
WhatsApp
Previous article
The father is the main suspect in the murder of his son in Thessaloniki – “They often quarreled”, say the neighbors
Next article
Hundreds of thousands of NHS workers are being asked to decide on strike action