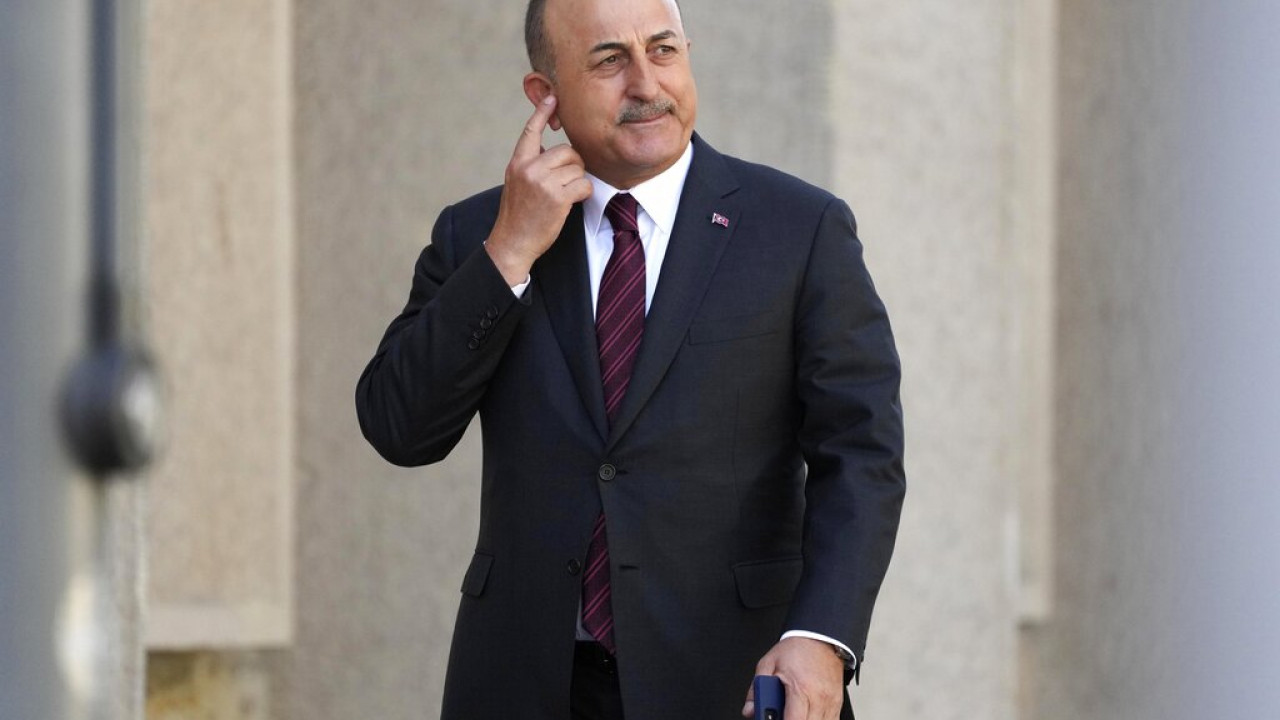 New threats from Cavusoglu: Not only 12 miles, we do not accept even one mile of extension

Cavusoglu even claimed that “this decision is not a threat of war(!) but a declaration of our determination to defend our rights and interests in the Aegean at any cost” – He insists on questioning the sovereignty of the islands

New threats of war were unleashed on Wednesday by Mevlut Cavusoglu as reported by the SKAI correspondent in Istanbul Manolis Kostidis.

He even defiantly interpreted that “not only 12 miles but we will not allow the unilateral expansion of territorial waters beyond 6 miles, not even a mile. It is not possible to allow even one more mile, even if the extension is smaller,” said the Turkish Foreign Minister.

“We do not accept a fait accompli which will turn the Aegean into a Greek lake, will trap us on our shores, will cause damage to our legitimate and vital interests. The decision taken by our Parliament on June 8, 1995 as a response to this threat is still valid today,” said the Turkish Foreign Minister.

He even claimed that “this decision is not a threat of war(!) but the declaration of our determination that we will defend our rights and interests in the Aegean at any cost”.

In the same provocative rhetoric, Turkey’s foreign minister asserted that “the islands of the Eastern Aegean, with the Treaties of Lausanne and Paris, had been placed in a demilitarized regime and their sovereignty was given to Greece on the condition of the continuation of this regime. But since 1960, Greece has been militarizing these islands. Sixteen of the 23 islands have been militarized. This is a threat to us. We ask Greece to respect the international treaties and return to the demilitarized regime

We since the Imian crisis in 1996 we say the following in Greece.. We do not accept the situation on the islands, islets and rock islands that were not clearly granted to you with the conditions. They have no legal effect. If Greece, along with the other issues, is ready to resolve these issues as well, we are also ready to resolve them peacefully. The warnings we are making today will be among the legal arguments when the day comes.”

On the non-existent issue of… Greece’s attack on Turkey(!) her neighbor’s fictional foreign minister was also installed Mevlut Cavusoglu…

“Reports that Greece is preparing to attack Turkey mean that Athens has ‘lost its mind,'” the Turkish foreign minister said, according to the Turkish Anatoli news agency.

Greece is not “honest and honest” regarding the issues of the Aegean and the East Med pipeline, the Turkish foreign minister further claimed, adding that Athens is blocking the way to … justice.

A change of rhetoric from Akar? What does (not) state now about the Aegean islands

In the meantime, the “black and white” for the islands is trying to do it again Hulusi Akar in his interview with the Miliet newspaper, as reported by Manolis Kostidis. However, SKAI’s correspondent in Istanbul makes a distinction possible change of rhetoric from Akar…

“In Greece, some members of the current political power enter the race of ‘what to do, what to say against Turkey’. The islands have a demilitarized status, they cannot be militarized according to articles 12 and 14 of the Lausanne and Paris agreements. This is very clear and straightforward. But Greece is militarizing these islands,” claims the Turkish Defense Minister.

“Demilitarize the islands, don’t apply 10 miles to airspace so to speak!” says Hulusi Akar in other words.

However, as Manolis Kostidis recalls, 15 days ago he had told Milliet that conditions do not apply to islands. However, after the messages from the USA and other Western countries, it seems that there is no question of questioning the sovereignty of the islands due to “militarization”. “Demilitarize the islands” he declares, without continuing…

Whether the questioning of the treaties, that is, of Greek sovereignty, stops, will be seen in the coming days.