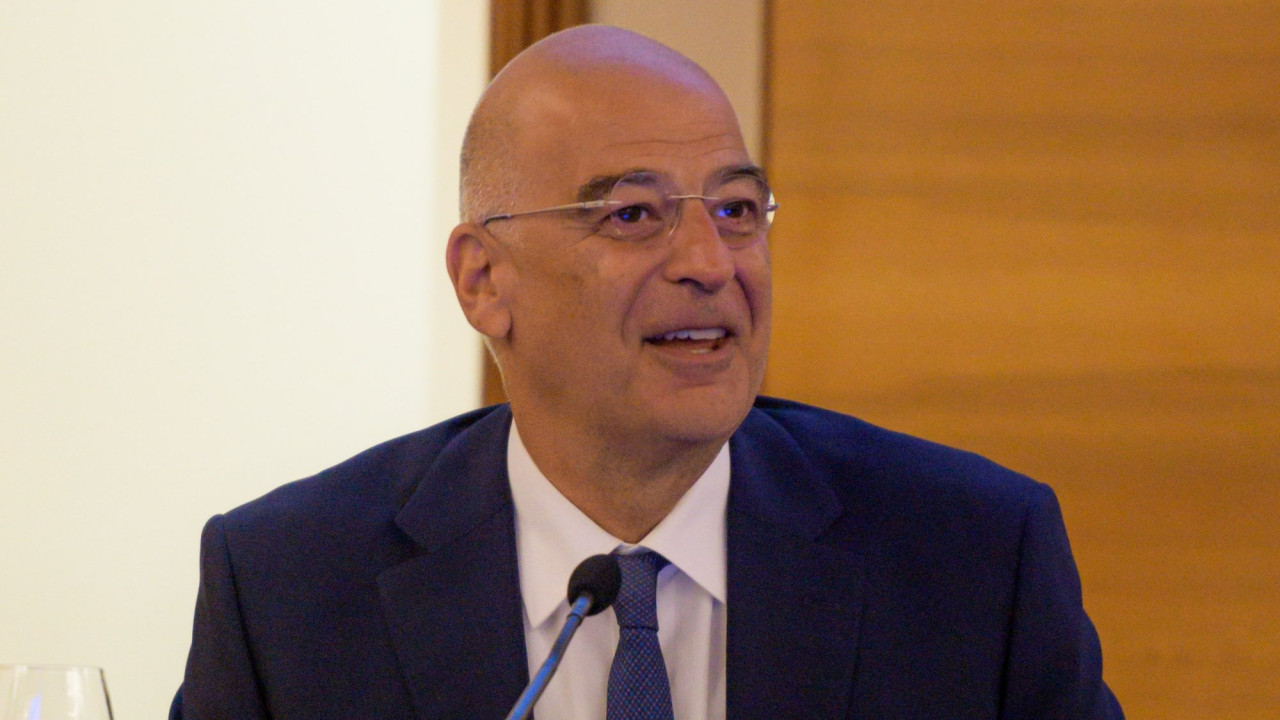 Dendias: Greece’s “bible” respect for International Law – Not everyone follows this path

“Greece becomes, by definition, the entry point for the energy produced in the Middle East and North Africa,” the Foreign Minister underlined.

Greece has made respect for the International Law of the Sea the “Bible” of its foreign policy priorities, pointed out the Nikos Dendias through his taped message at the International Conference “EU Policies for the Eastern Mediterranean: Energy and Security” organized by the Jean Monnet European Center of Excellence of the EKUA.

Citing as an example to follow Israel and Lebanon, two countries that do not recognize each other diplomatically and signed a historic agreement on gas, Mr. Dendias emphasized that “unfortunately, this is not the path that everyone follows” citing the new Turkish-Libyan memorandum as an example.

“Greece becomes, by definition, the logical entry point for the energy produced in the Middle East and North Africa,” the foreign minister underlined.

The statements of the Minister of Foreign Affairs in detail

“Energy security and energy efficiency have become the most well-known references of today’s world. In this context, the Eastern Mediterranean and the strategic position of Greece are examined in a new light. Greece is actively contributing to the EU’s energy autonomy by promoting the diversification of supply routes. For example, at the existing LNG terminal in Revythoussa, a new LNG cargo ship loading station was inaugurated a few weeks ago. The first such station in Southeast Europe. Also, two Floating Storage Units are being built

Regasification in Alexandroupoli. Not to mention the Trans-Adriatic Natural Gas Pipeline, the Greece-Bulgaria Interconnection and the Greece-North Macedonia Gas Interconnection. Greece becomes, by definition, the logical entry point for energy produced in the Middle East and North Africa. In addition, there are large projects that will bring electricity to Europe from these areas. Europe-Asia and Europe-Africa connections are among them.

Let me highlight a key aspect of these projects. They are implemented with full respect for International Law, in particular the International Law of the Sea. The Euro-Asia Interconnector will follow the path of the planned East Med gas pipeline. The Euro-Africa Interconnector will take advantage of the EEZ delimitation agreement between Greece and Egypt. It is our firm commitment that in order to strengthen energy cooperation and ensure energy security we must adhere to these basic rules.

Greece has made respect for the International Law of the Sea the “bible” of its foreign policy priorities. If all countries followed these principles, everyone would benefit. A few days ago, Israel and Lebanon, two countries that do not recognize each other, signed a maritime demarcation agreement. This will pave the way for exploitation of natural gas resources.

We salute the courage and vision of Israel and Lebanon. And we hope that other countries in the region will seize the opportunity and follow suit. This is the path to peace, stability and prosperity. Unfortunately, this is not the path that everyone follows. A few weeks ago, the Tripoli government signed a “memorandum” with Turkey on the exploitation of hydrocarbons in the Mediterranean. This so-called memorandum is based on an earlier “memorandum” that defied not only basic international law, but also fundamental principles of geography. We were happy to see that many states came out to denounce it immediately.

Ladies and gentlemen, the challenges we all face are many and great. Only if we work together on common principles can we deal with them. For the benefit of all of us.”