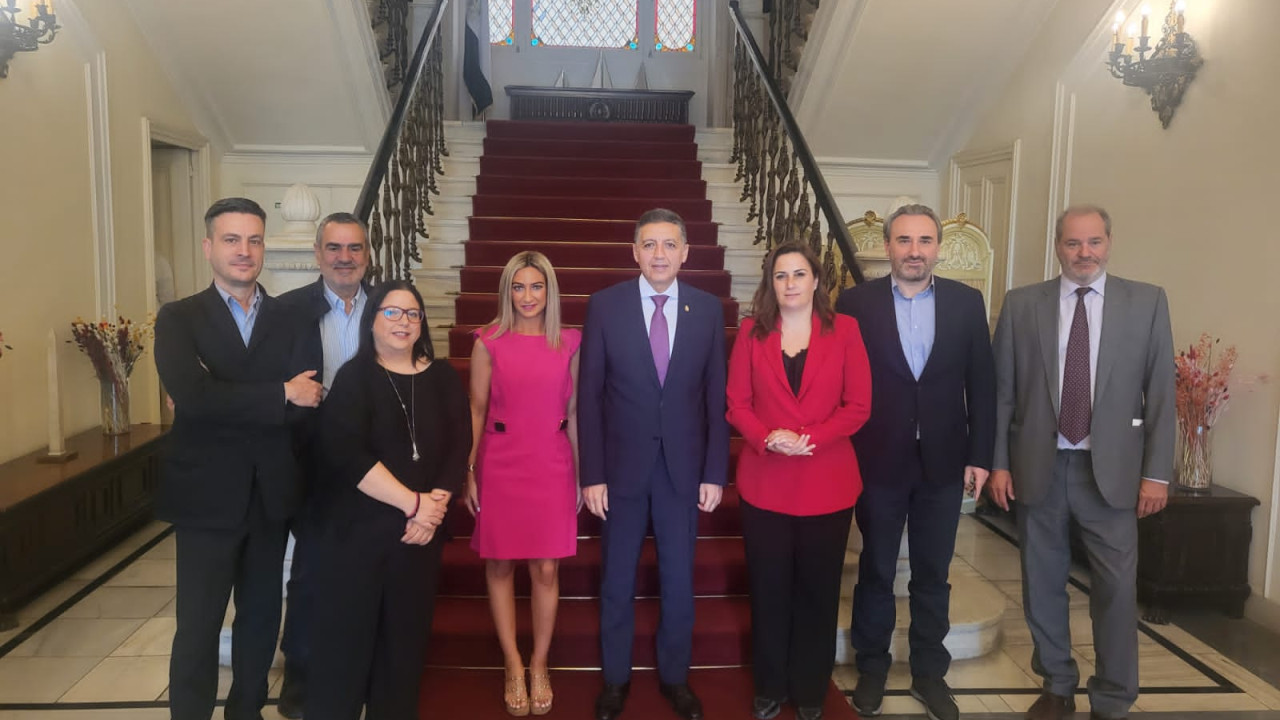 The traditional friendship that binds the two countries was the main theme of the discussion with Omar Amer Youssef, who stressed that Greece and Egypt have the potential to expand their cooperation in other fields besides politics, including the fields of culture, trade and tourism.

The temperature is particularly high for November, and sunny Athens is beautiful, despite the honking, whining and suffering of the morning traffic jam. “Even in this the two countries, Greece and Egypt, are similar”, the new ambassador of Egypt in Athens confides to us, who welcomes us to the emblematic building of Vasilissa Sophia, a mansion that, before housing the Egyptian Embassy, ​​was the temporary residence of King Farouk of Egypt who often visited Athens.

A trademark of the embassy are the towering Egyptian palm trees in the front yard, which had been offered to Greece, following a request from Amalia who planted most of them at the western entrance of the National Garden.

Breakfast has just been served in the aristocratic room designed by Ernesto Ziller, with traditional Egyptian dishes reminiscent of Greece.

The traditional friendship that binds the two countries was the main theme of the discussion with Omar Amer Youssef, who stressed that Greece and Egypt have the potential to expand their cooperation in other fields besides politics, including the fields of culture, trade and tourism.

Egypt is turning the spotlight on the grand projects, the new administrative capital, the economic zone and the logistics center on the Suez Canal, the Grand Egyptian Museum and many other aspects of its Republic, in a way that reflects the special relations between of the two peoples and the existing strategic cooperation between the two countries.

In particular, the Grand Egyptian Museum which has cost almost 1 billion dollars is not a typical museum. Many talk about the 8th wonder of the world. According to the data, GEM has almost 45,000 sq.m. floor space, 12 exhibition halls, 100,000 objects and is expected to open its doors before the new year.

The Egyptian ambassador, who arrives in our country at a pivotal moment for Greece as well as global balances, welcomed the planned participation of Prime Minister Kyriakos Mitsotakis in the COP27 Conference, which Egypt will host next week in Sharm El Sheikh, a session that will focus on the implementation of the goals set.

Referring to the COP27 international conference, he emphasized that it is considered the main one in 2022 and the most important forum for world leaders to address issues related to the environment. He said that the fact that the prime minister will chair one of the most important high-level round table discussions of the Conference is another proof of the special relations between the two countries.

The countdown to the meeting of world leaders in the famous Egyptian resort – it is still unclear whether Turkish President Erdogan will attend – has begun, with the international community keenly watching the Conference, which is being held amid an energy and economic crisis and with the need for the transition to renewable energy more imperative than ever.