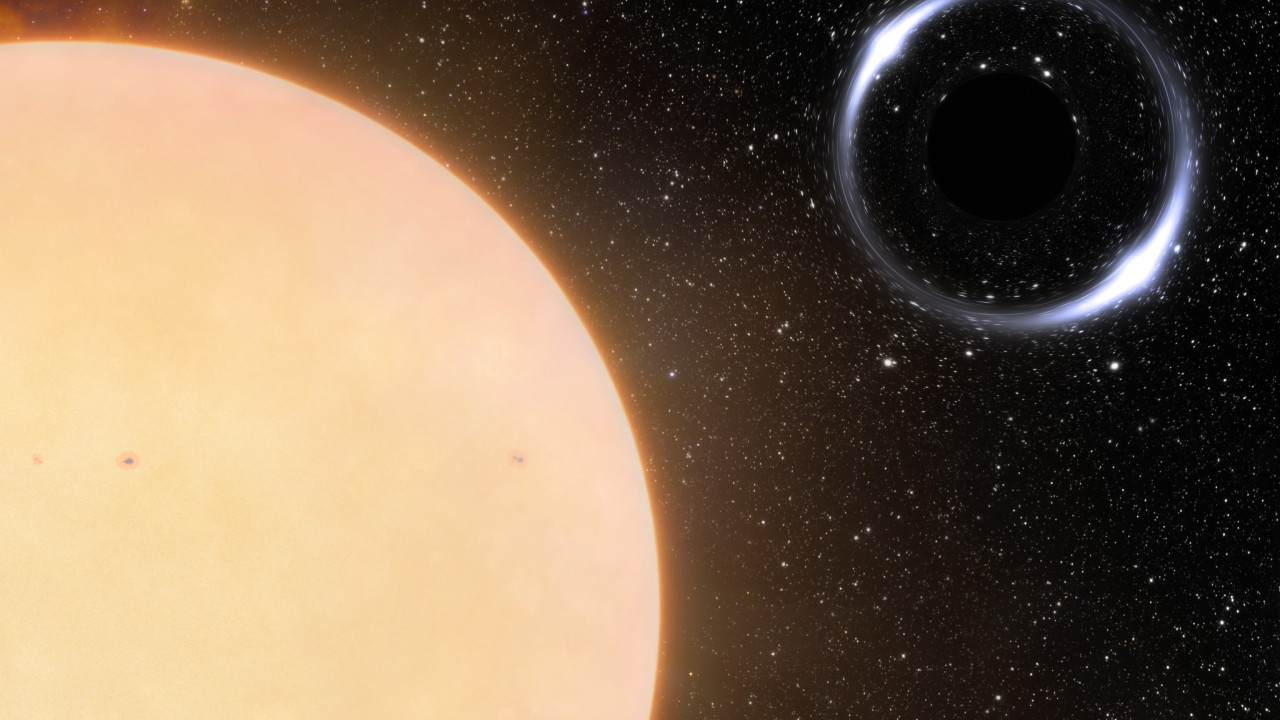 Gaia BH1 is located in the constellation Ophiuchus, orbiting a star like our Sun – It is estimated that there are at least one hundred million relatively small black holes in our galaxy, but very few have been discovered so far.

This is the first almost certain detection of a “sleeping” black hole in our galaxy.

THE black hole by name Gaia BH1 it is located in the constellation Ophiuchus, orbiting a star like our Sun, and its location was achieved indirectly by observing this star.

The discovery was made with the international Gemini North telescope in Hawaii, after using data from the European Space Agency’s (ESA) Gaia space observatory. The researchers of the American Harvard-Smithsonian Center for Astrophysics and the German Max Planck Institute for Astronomy, led by astrophysicist Karim El-Badri, made the relevant publication in the journal “Monthly Notices” of the British Royal Astronomical Society.

Few Discovered – The Difference Between “Active” and “Sleeping” Black Holes

Black holes are by definition invisible and therefore very difficult to observe. They have enormous mass concentrated in an area with a very small diameter and extremely strong gravity that allows nothing to escape from it, not even light.

Supermassive black holes probably exist at the centers of all large galaxies, but much more common are smaller black holes with masses five to 100 times that of our Sun. Sometimes these black holes, which were themselves once giant stars, are found in conjunction with another star, forming peculiar binary systems.

It is estimated that there are at least one hundred million relatively small black holes in our galaxy, but very few have been discovered so far. Some were detected by ground-based gravitational wave detectors, while others by telescopes, as they were “betrayed” by the motion of their companion star, which is constantly losing gas under the gravitational pull of the neighboring black hole.

These gases are gradually absorbed by the black hole, causing them to superheat and emit large amounts of X-rays. The presence of the black hole is thus indirectly perceived, which is characterized as “active”.

But there are many other “quiet” black holes in binary systems, which are not surrounded by a disk of X-ray emitting gas to “witness” them.

The European Gaia astrometry mission has opened up new possibilities for detecting such unseen black holes, as thanks to high-precision measurements of stellar positions it is possible to infer the presence of a black hole around a star as it perturbs its motion.

In doing so, a binary system (Gaia BH1) was found that includes an invisible object with a mass about ten times that of the Sun, which moves around a star similar to the Sun, completing an orbit every nearly 186 days. The distance between the object (almost certainly a black hole) and the companion star is roughly the same as that between the Earth and the Sun.

If the larger invisible object was also a star, then it would be much brighter than the nearby visible star of the binary system. Since this is not the case, then the most likely explanation is that it is a “quiet” black hole. On the other hand, scientists admitted that it is difficult to explain how such a system was formed.