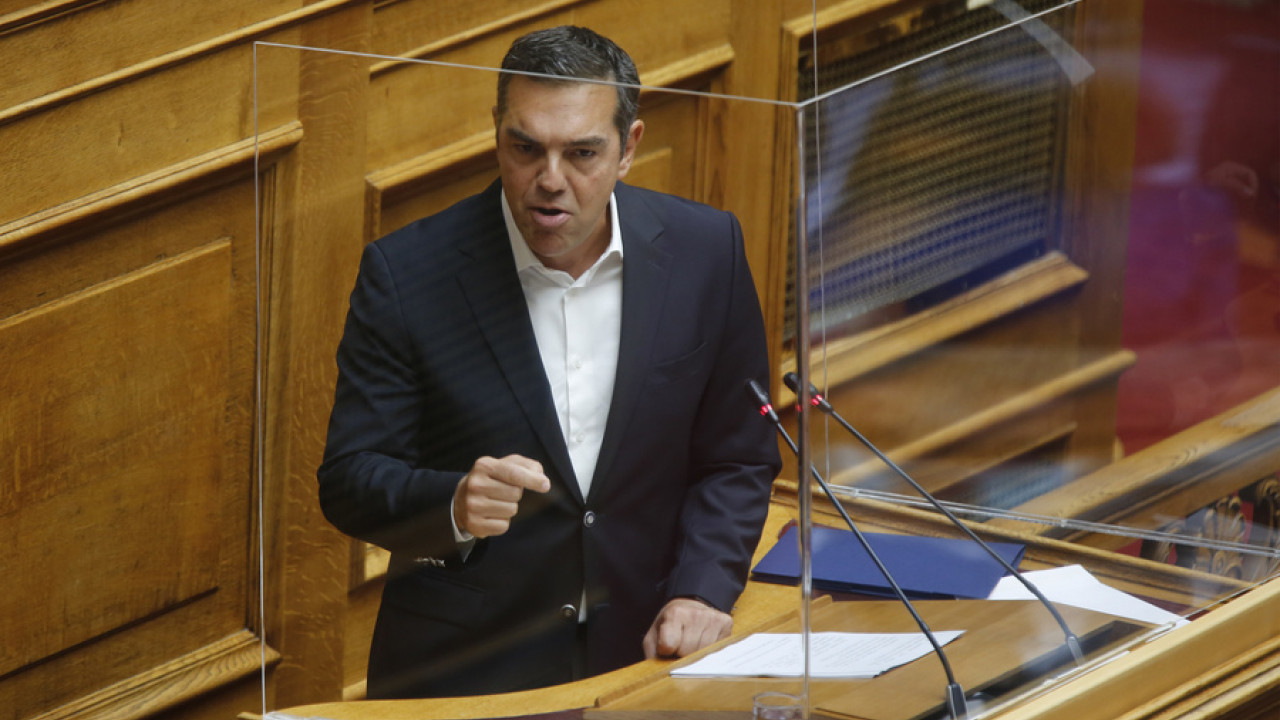 New topical question from Tsipras to Mitsotakis about surveillance

New topical question on the subject of his list of 33 alleged targets predator testified the president of SYRIZA. Alexis Tsipras calls on the Prime Minister Kyriakos Mitsotakis to answer in the Parliament if the 33 were in an official link of the EYP.

TO: the Prime Minister, Mr. Kyriakos Mitsotakis
SUBJECT: “Were the 33 on the list alleged to be targets of the predator malware in an official EYP link?”

Last week you refused parliamentary scrutiny and did not come to answer the topical question I put to you about the possibility of leading the country to an election with an active parastatal center that conducts surveillance of political opponents.

Since then, there have been extremely serious revelations and developments in the wiretapping scandal and the illegal surveillance center with the Predator malware.

The PEGA Commission of Inquiry of the European Parliament which visited Greece and to which you, Mr. Grigoris Dimitriadis, Mr. Yiannis Lavranos and Mr. Felix Bitzios refused to testify, invited you to the press conference which allowed you to declassify all classified documents and stop walling behind the constant invocation of “privacy” in order to get answers about the scandal and the Predator malware. In fact, the rapporteur of PEGA, MEP of the group of liberals Sophie Id Veldt, identified herself with the request of SYRIZA PS, stating that the answers about the wiretapping and the Predator must be given before the next elections.

Two days later, on Sunday 6/11, the Documento newspaper revealed a list of 33 names of political figures both from the opposition but mainly from your government, who, together with their relatives, journalists and businessmen, were allegedly placed under surveillance with the illegal Predator software.

Given that in a favored Democratic State it is unthinkable that political opponents and even your close associates, ministers and former Prime Ministers, are being monitored by malicious software, which has come into the country through your associates who were under your direct control inside the Maximos Palace.

Given that by your order the crucial persons who, in a multitude of detailed reports and also as it emerged from the findings of the entire opposition in the Commission of Inquiry, emerge as the ‘critical links’ for the transfer and operation of the illegal software in our country, were not summoned even to the Board of Inquiry and they did not testify to PEGA either, since you wanted to protect them and protect yourself.

Given that by your own fault the country is facing a major institutional and possibly state crisis and yet you continue to refuse to lift the secrecy and adopt even the minimal conditions I set out to restore trust and normalcy.

Given, finally, that you are the Prime Minister of a parliamentary democracy and as such you are controlled by the parliament and you have a political and institutional obligation to be accountable to the Hellenic Parliament.

I consider it appropriate to insist once again on my invitation to come to Parliament and give explanations.

Based on the above, the Prime Minister is asked:

1. You can undertake before the National Delegation that all or part of the persons, who, based on the publication of the Documento newspaper, are reported to be targets of surveillance by the Predator malware, were not also targets of surveillance by the EYP under your political supervision, as had happened in similar cases with Mr. Nikos Androulakis and Mr. Thanasis Koukakis?
2. Do you intend to give the persons on the list in question the institutional possibility to address the ADAE in order to be able to establish whether they were also placed under surveillance by the EYP with the “legal” process of linking following a prosecutor’s order?