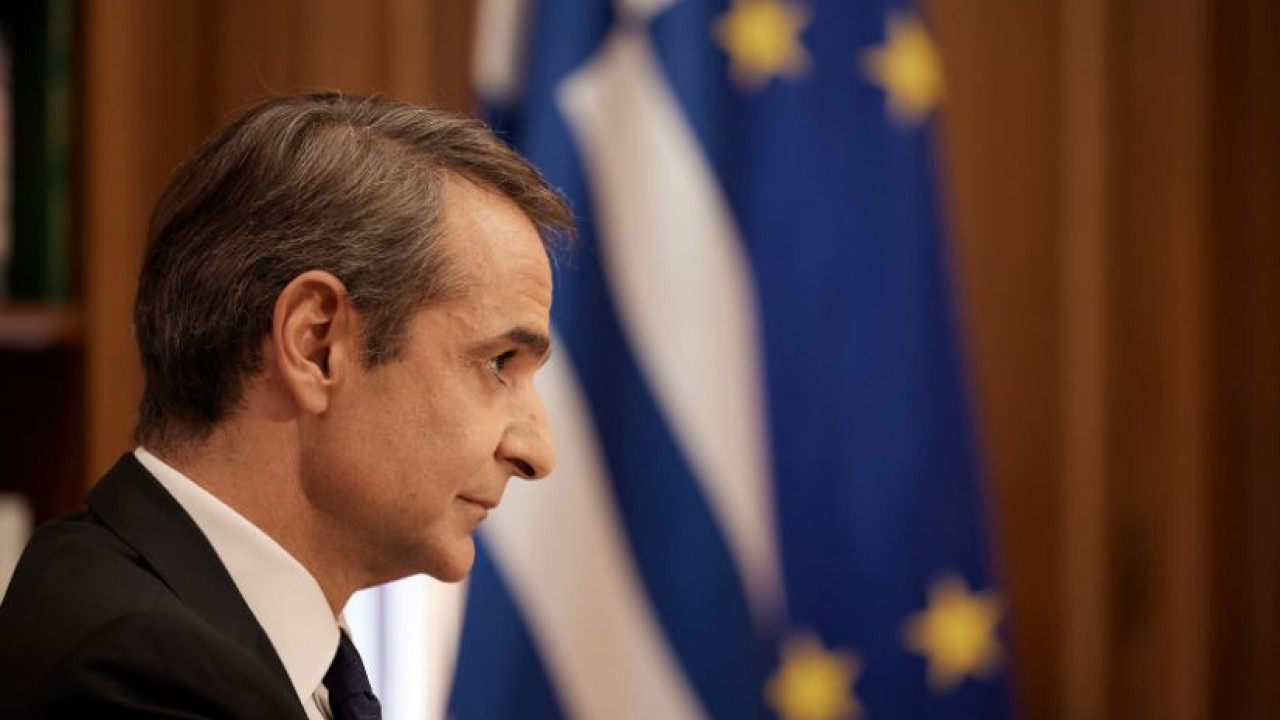 Watch – The messages of the Mitsotakis interview: Everything in the light – The government is not being blackmailed

Kyriakos Mitsotakis sent parallel messages to many recipients, pointing to SYRIZA and Alexis Tsipras as the “instigators” of the slander, as well as business interests, making it clear that neither he nor his government will be the subject of pressure and blackmail

The prime minister drew a dividing line between her slander and the mud and the actual clarification of the surveillance case during the interview he granted to ANT1, attempting to stop the toxicity caused in political life by the shadows left by the “notorious” Documento newspaper article for monitored ministers, journalists and other actors of public life, without documentation.

Kyriakos Mitsotakis sent parallel messages to many recipients, pointing to SYRIZA and Alexis Tsipras as the “instigators” of the slander, as well as business interests, making it clear that neither he nor his government will be the subject of pressure and blackmail.

He also insisted on the constitutional timetable for the elections, repeating that the polls will be held at the end of the government’s constitutional term, in 2023, at the end of the four-year term, putting an end to the new scenarios that “sprang up” suddenly after the alleged revelations, about proposals for early recourse to the polls but also to the shadows left by the official opposition regarding the conditions that will lead the country to the polls.

The prime minister began his interview with a categorical denial of the publication of Costas Vaxevanis, speaking of an incredible lie. “This is an incredible lie” he said and added “no evidence for what is written. And it is a shame and a disgrace that anyone thinks that the Prime Minister is watching the Secretary of State. And extremely dangerous” he commented while noting that he relies on the Justice and the Prosecutor of the Supreme Court, “to request clarifications and evidence”.

In fact, he observed that “if these are not presented, then Mr. Vaxevanis will not just be a slanderer but he will be nationally dangerous”.

The prime minister directly showed the orchestration of the slanders by Koumoundourou and Alexis Tsipras, noting that “Behind Mr. Vaxevani, Mr. Tsipras is hiding. Do not have any doubt that his is the strategy to sink the country in the mud and in a incredible discussion, where we have to prove essentially that we are not elephants and the one who accuses us does not have to prove that his accusations are fundamentally correct”.

He even challenged the leader of the official opposition if he wants to test the government’s cohesion to file a motion of no confidence against the government. “Let’s discuss the whole matter, and about the issues of surveillance, and at the same time the Parliament can take a position on whether it still trusts this government and this Prime Minister. And you can be absolutely sure that it will get a deafening response. Because a above all, the purpose of this wretched attempt at slander is precisely to spread division within the New Democracy itself. For someone not to feel confident about their communications, to imagine, to see all kinds of ghosts,” said the prime minister.

There are monitorings, but not by him or the EYP

Kyriakos Mitsotakis also raised the issue of surveillance on a new basis, the existence of which he did not deny, but separated them from any government involvement. “Let’s get one thing straight. I have never claimed—and the government has never claimed—that there is no monitoring and control center operating the Predator software.

This is quite different from accusing the Prime Minister of orchestrating this effort. They are two completely different things. We from the first moment accepted that there is a problem of illegal software in the country,” he said, while recalling all the actions and procedures that were initiated and are evolving in the context of clarifying the case and the government’s intention to shed a lot of light on the case. We are not sure who can traffic these centers. What we are absolutely sure of is that the EYP was not her. And obviously I had no involvement,” he repeated.

“We are not pressured or blackmailed”

Kyriakos Mitsotakis also responded to the shots he received from the CEO of Olympiakos, Yiannis Brentzos, about a criminal organization in the field of football, denouncing the Federation and linking this case to the surveillance, and to the former General Secretary of Maximos, Mr. Dimitriadis.

“I heard this too, about a criminal organization, according to the representative of the team, in football for the last three years at the expense of Olympiacos. I am Olympiacos personally. Olympiacos won three championships, if I’m not mistaken, with a difference of 26, 19 and 18 points from the second, for the last three years. Where exactly was this criminal organization then?” he wondered and called on the management of Olympiakos to condemn this particular comment.

At the same time, however, he chose to send a broader message to actors in public life, stressing that “some have confused the roles here. Some think that because they may have a group or control some media or possibly both, they think they can to blackmail, to dictate to the government, to undermine – by changing opinions from one day to the next – the course of the country.

We should make it clear here that everyone’s roles are absolutely defined. The government has popular legitimacy. We are elected by the people. We want business partners in the effort to progress the country. But they are neither our submitters, nor are they the bearers of their own interests who pressure the government to do something for their own sake” he said and underlined “the message I am sending in all directions is that the government and I personally neither accept pressure, nor we are objects of blackmail. And everyone would do well to reflect on what their roles are. And I’m not only addressing this specific case, I’m addressing it as a whole,” he concluded.

Despite the hasty scenarios that wanted the prime minister to accept proposals for early elections, as well as attempts to destabilize the government, Kyriakos Mitsotakis repeated for the umpteenth time that the elections will be held at the end of the four-year term. “Personally, I am not going to be dragged into political developments by some professional blackmailers who want to pursue exactly that. The country has a Constitution, the government enjoys the confidence of the Parliament.

If anyone doubts this, he has only to go to the Parliament and ask the Parliament to remove the confidence in my person. In this case we would definitely go to elections,” he clarified.