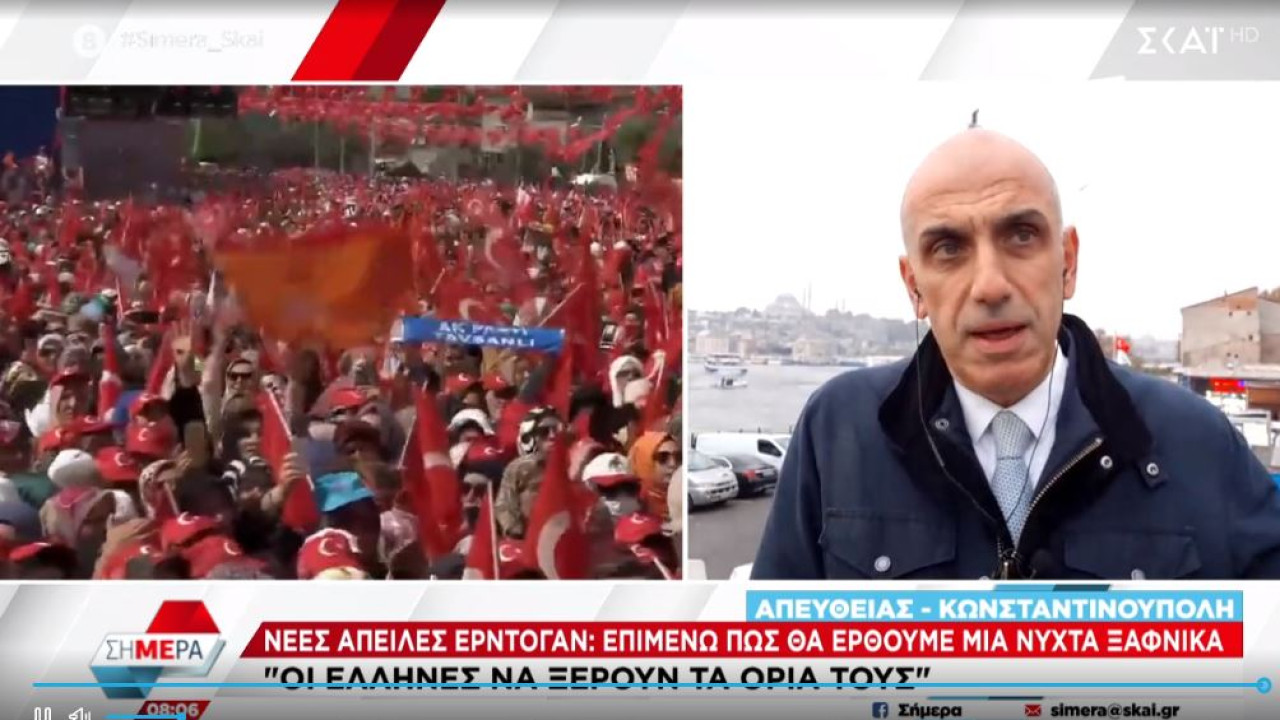 New threats to Erdogan from the G20: Let the Greeks know their limits – I insist that we will come overnight

This time Erdogan’s statements were not made on a Turkish network or in front of the Turkish public, but on an international stage, that of the G-20 summit

New direct threats against Greece by Tayyip Erdogan, this time from the G20 summit. The Turkish president, speaking to journalists, insisted on the phrase “one night we will come suddenly” stressing that for him this statement is very important.

As reported by the SKAI correspondent, Manolis Kostidisthere is a big difference in Erdogan’s threats today, as they were not made “for internal consumption” on some Turkish TV network, but from an international stage, the G20 summit, in front of the cameras and TV networks of the whole world and after the meetings that he had with the US president Joe Biden and the president of France, Emmanuel Macron.

As mentioned by Manolis Kostidisthe Turkish president, after questions were asked, answered characteristically:

“I insist on one night we will come suddenly. This statement is important to me. Greece must know its borders and the terms of neighborhood. No matter how much they fill the islands with weapons, it will do them no good. If they read the past, they will see what has happened. What I said, it’s not a matter of strength, it’s a matter of heart.”

Erdogan also answered a question about Cyprus, after his condemnation by the State Department, stressing that “we will not take anyone’s permission”.

Also, the Turkish president said about his meeting with Biden that he told him that “there are some positive developments on the F-16 issue”, while after the talks with Italian Prime Minister Giorgia Meloni and Macron about anti-aircraft systems, he was told that “there are technical obstacles”.

Turkish media: Greece continues to arm itself against Turkey

Haber Global TV reported: “The Greek lobby is now trying to block the sale of the F-16s and is making moves in Congress. While Greece continues the arms race against Turkey. He is preparing a new agreement with Israel. Next year it is preparing to buy anti-tank systems which will be installed at the border in Evros.

The US continues its military presence in Greece. Eight drones were recently installed at the Larissa base. Also the French aircraft carrier Charles de Gaulle is expected to conduct joint exercises with the armed forces of Greece. According to Kathimerini, the exercise will take place south of Crete. Greece last week began seismic surveys off Crete. The investigations are being carried out in the areas of the Libyan continental shelf and the Turkish-Libyan memorandum is being violated.”

Meanwhile, the US came out against Erdogan who claims two states in Cyprus: “The only legitimate government is the Cypriot republic. We reject the statements that call for the recognition of the ‘TRDB'”.

Facebook
Twitter
Pinterest
WhatsApp
Previous article
The missile attack on Poland is an attempt at a conflict between NATO and Russia, says the Russian mission to the UN
Next article
G20 approves declaration condemning ‘in the strongest terms Russian aggression against Ukraine’