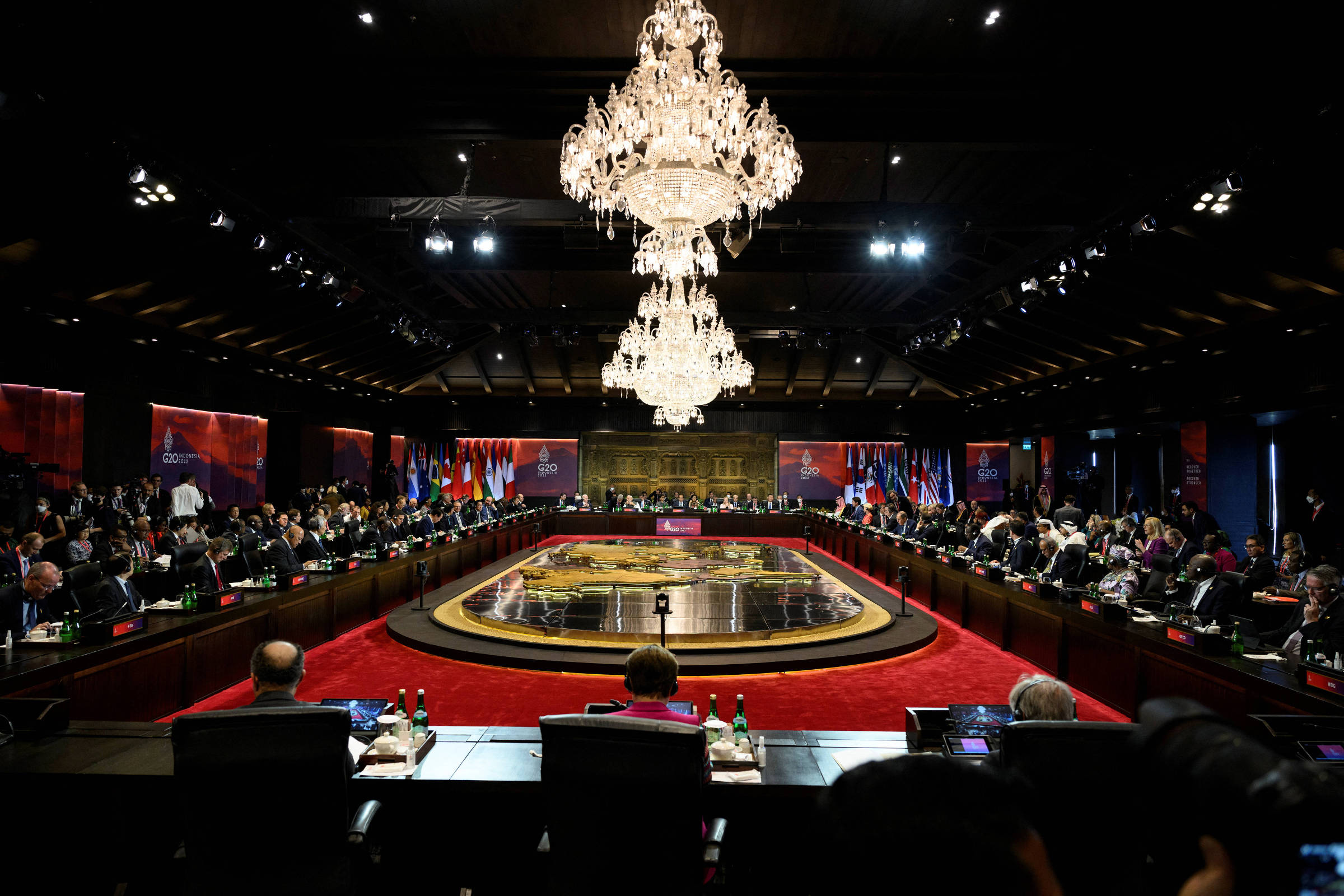 The leaders of the main economies of the Group of 20 (G20) signed a declaration this Wednesday (16) condemning “in the strongest terms Russia’s aggression against Ukraine”.

The declaration, approved on the last day of the summit that brought together world leaders, says that most members strongly condemn the war in Ukraine, but there are other opinions. The document affirms that international law must be upheld and that the threat of the use of nuclear weapons is inadmissible and welcomed the initiative to dispose of grains from the Black Sea.

The statement also said that member central banks will continue to properly calibrate the pace of monetary policy tightening.

The G20 meetings took place last Monday (14) and Tuesday (14) in Bali, Indonesia. According to the president of the host country, Joko Widodo, the objective of the summit is to discuss “economy and development”.

The war in Ukraine, however, was one of the subjects most discussed by representatives of the most developed economies in the world, which included the participation of Volodymir Zelensky by videoconference, in which the president of Ukraine said it was the opportune moment to end the conflict. .

Already on Tuesday, the explosion of a Russian-made missile in Poland, close to the border with Ukraine, raised the tension of the meeting and made the leaders of the G20 defend that the subject be discussed during the summit of the organization, which ends this Wednesday (16).

On the economic front, the G20 statement reaffirms the importance of central banks in times of instability, saying that “G20 central banks are closely monitoring the impact of price pressures on inflation expectations and will continue to appropriately calibrate the pace of the monetary policy tightening in a data-dependent and clearly communicated manner”.

Climate change was also addressed in the declaration, which defended the search for measures that contain global warming to the mark of 1.5°C and make the energy transition possible, reducing dependence on fossil fuels.

Facebook
Twitter
Pinterest
WhatsApp
Previous article
New threats to Erdogan from the G20: Let the Greeks know their limits – I insist that we will come overnight
Next article
Cancer epidemic in Europe predicts research due to pandemic and war in Ukraine