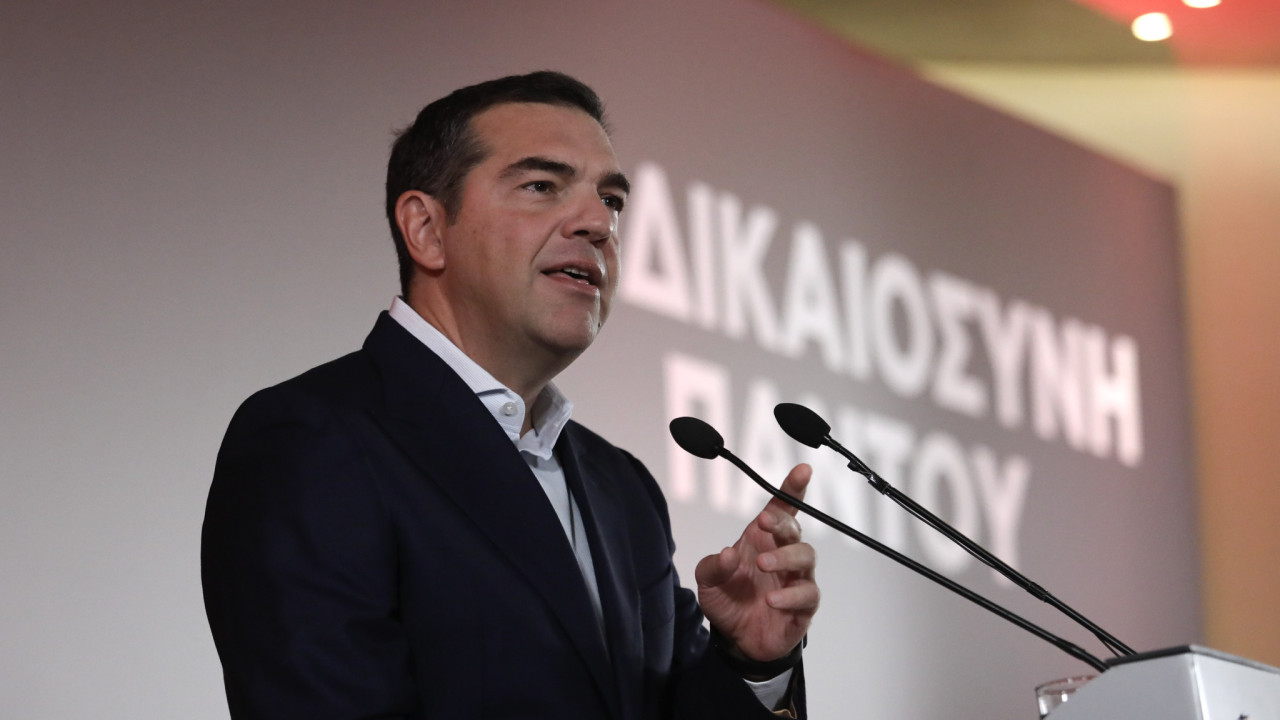 New question from Tsipras to Kyriakos Mitsotakis about surveillance

“Will you release the names of the police officers you transferred to the EYP to handle the Predator?” asks Mr. Tsipras

The president of SYRIZA-PS, Alexis Tsipras, submitted a new topical question to the Prime Minister, Kyriakos Mitsotakis regarding the issue of surveillance. As he points out, this is the third week in a row that the prime minister has refused parliamentary scrutiny.

“Will you release the names of the police officers you transferred to the EYP to handle the Predator?” asks Mr. Tsipras

For the third week in a row you refuse parliamentary scrutiny and do not come to answer as you are due to three consecutive topical questions that I have put to you.

In the first week you refused to answer about the possibility of the country being led to an election with the parastatal monitoring center active. In the second week you refused to answer about the possibility that some of those who have been revealed to have been monitored with the Predator, have also been placed in a simultaneous official connection by the EYP. And in the last week you have refused to answer whether you can commit before the National Assembly that no minister of your government, no secretary general, MP or MEP and no journalist from the lists that have been published, had alongside the illegal Predator software, placed under surveillance by the EYP.

It is now a firm belief, not only of SYRIZA PS but of the vast majority of citizens that you refuse to give answers because you knew, because you are an orchestrator, a moral perpetrator and ultimately guilty of the scandal of wiretapping, illegal and “legal”. However, the stormy revelations of the last few days compel me to persevere and exercise my parliamentary duty anew, in order for you to finally come to answer in Parliament for the major scandal that directly attacks the democratic functioning of the State.

Specifically, according to the November 20 report by the newspaper “To Vima”, which was never denied by the government, the Predator, which was monitoring dozens of politicians, government officials, journalists and businessmen, “was installed and operated in the period 2020-2022 at the back, on the Ymittos side, of the two-story building of the EYP facilities in Agia Paraskevi that was intended to host units of the secret services for “cyberspace security”. In the same report, it is even revealed, also without being denied by either the Maximos Palace or the Ministry of Citizen Protection, that police officers who had been transferred to the EYP operated the Predator in the specific area, even mentioning their initials.

Furthermore, the Documento newspaper of the same day, revealed that five persons from what has been made public so far that were affected by the Predator malware, had also been put under official connection status by the EYP. Which is exactly why you refused to come and answer the topical question I submitted last week. These are the then Minister of Energy, Mr. Kostis Hatzidakis, the former National Security Advisor Mr. Alexandros Diakopoulos, the Director of the newspaper “Kathimerini” Mr. Alexis Papachelas, the MEP of the ND Mr. Giorgos Kyrtsos and the head of the General Directorate of Defense Equipment and Investments, Mr. Aristidis Alexopoulos.
Given that the government representative last week with his statements left open the possibility of government ministers being monitored by the EYP.
Since the non-denial on your part or on behalf of your representative of the latest revelations constitutes an emphatic confirmation of the fact that EYP and Predator were operating jointly and for the same center which is none other than the prime minister’s office.

Since this revelation constitutes a tombstone to the last argument that you yourself have formulated, that the surveillance with the Predator malware was allegedly done by a private person you do not know, since it turns out that it was done with the assistance of police officers that you have even transferred to the state apparatus of EYP, which has been under your office since the first day you assumed your duties.

The prime minister is asked:

1. You will make public the full details of the police officers you had transferred to the EYP and had been activated “in critical positions around the Predator”, as well as their supervisor, whom you protected through the parliamentary majority, so that she would not come to testify at the Inquest Parliamentary committee on the wiretapping scandal?

2. You can responsibly and in front of the National Delegation deny that Mr. Kostis Hatzidakis, Alexis Papachelas, Alexandros Diakopoulos, Giorgos Kyrtsos and Aristides Alexopoulos were also under surveillance by the EYP, as well as assure that there are no other cases of similar “coincidences” » double monitoring through EYP and Predator, such as the cases of Mr. Androulakis and Koukakis?