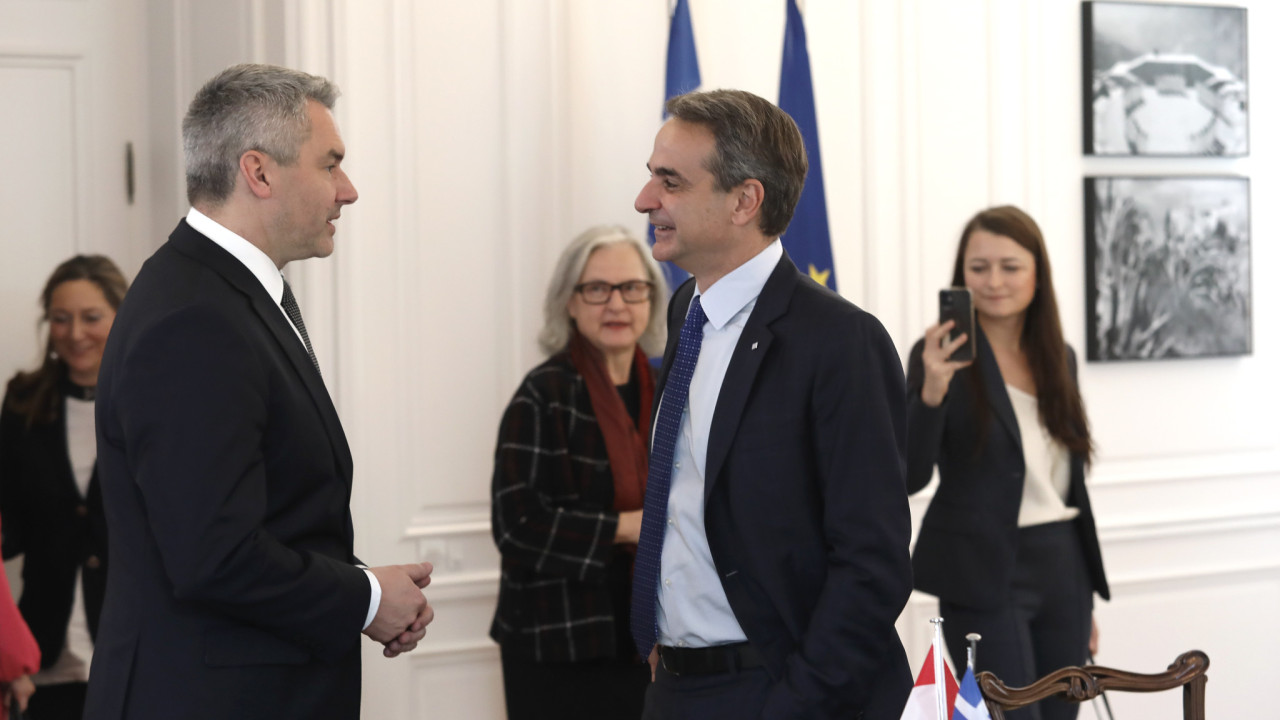 Kyriakos Mitsotakis welcomed the Chancellor of Austria to Maximos

Issues of bilateral cooperation but also of mutual interest, such as the energy crisis and immigration were on the agenda of the meeting that Prime Minister Kyriakos Mitsotakis had at the Maximos Palace with Austrian Chancellor Karl Nehammer, who is in our country for the two-day meeting of the leaders of European People’s Party.

“I am pleased to welcome you again, as chancellor this time. Last time you came as the minister of the interior. This gathering of EPP friends in Athens is an important opportunity to discuss our bilateral priorities. Let me emphasize again how good the relationship is between our two countries and how well we have also cooperated in the European Council on many very important issues. Again, welcome,” the Prime Minister noted at the start of the meeting.

“Thank you very much. Thank you for your hospitality. I’m glad to be here again. Indeed our relations are good and we can further strengthen our financial relations. It is a very positive initiative for the Prime Ministers of the EPP to meet again now to think about the future of the EPP. I think we have a lot to talk about that as well as the current developments in the EU because we have big issues like the energy crisis, the immigration crisis. Immigration is for Austria an issue that is now an important priority because we have many irregular immigrants. So, yes, we have a lot to discuss,” the Austrian chancellor said.

During the meeting, the excellent level of relations between the two countries was confirmed. The prime minister informed the Austrian chancellor about the initiatives undertaken by Greece and the infrastructure it is developing in order to become an energy hub, which will contribute to the independence from Russian fossil fuels and the energy security of Southeast Europe.

Regarding the current developments in the Western Balkans, Kyriakos Mitsotakis and Carl Nehammer discussed the promotion of the European path of the countries of the region.

Erdogan is at rift with the West: He threatened the USA for the F-35 – Attack on Macron for Greece