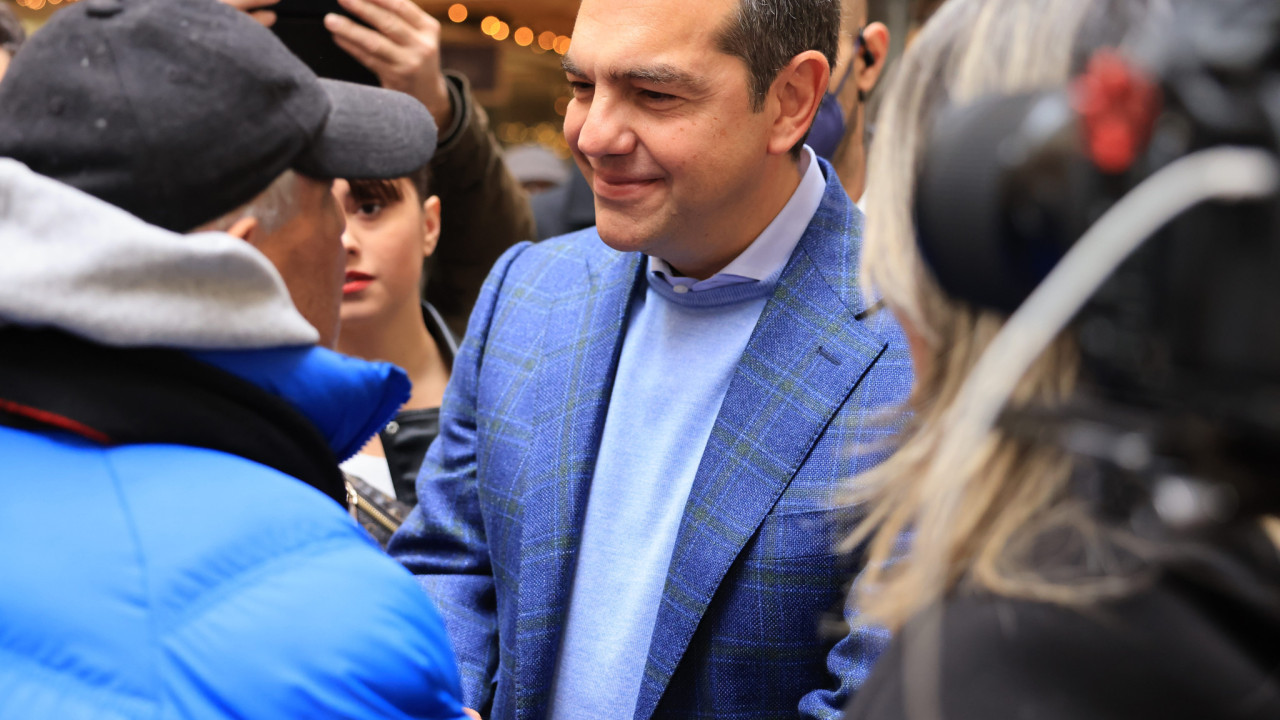 The president of SYRIZA called on New Democracy voters to turn to SYRIZA-PS, saying that they also face the same difficulties and that “the current government does not govern for them, but for its party”.

“Your participation here in Kastoria tells me that it doesn’t just smell of elections, it smells of change, political change is coming,” stressed the president of SYRIZA-Progressive Alliance Alexis Tsipras, addressing the residents of Kastoria who went to meet him and talk with him on his tour of the city’s mall.

Mr. Tsipras also addressed the – as he said – conservative people who traditionally vote for New Democracy and invited them to turn to SYRIZA-PS, saying that they also face the same difficulties and that “the current government does not govern for them, but for her party”.

“The conservative world is going through the same difficulties. Those who rule us today are a family that has nothing to do with the values ​​of the conservative world traditionally found in New Democracy. She doesn’t govern for them, she governs for her party and even this world is on the outside,” he said and continued: “We will also appeal to the people who traditionally vote for New Democracy. They are dignified people with values ​​and we will tell them that they do not represent your own values ​​and that Greece must move forward leaving behind injustice, remula, theft. It doesn’t represent you.”

He emphasized that “injustice tends to become the law and inequalities become normality” and referred to the Patsis case as well as yesterday’s shooting of the 16-year-old in Thessaloniki, saying: “If you steal people’s houses, through banks and funds, you can also become a member of parliament of the ruling party. However, if you steal 20 euros worth of gas, you could end up with a bullet in the head. This is the Greece of injustice, social indifference and inequalities. We don’t deserve this Greece.”

Accompanied by MP Olympia Teligioridou, Mr. Tsipras walked through the shopping center, talked to shopkeepers and consumers and listened to their problems related to punctuality, the energy crisis, high heating costs and unemployment.

The president of the SYRIZA Progressive Alliance said that there must be an immediate plan for Kastoria and all of Western Macedonia to protect the population “because in 2022 we cannot have people who will be helpless in the cold and freezing.”

At the same time, he said that the problems faced by the residents in Kastoria and in the rest of Greece are the result of unfair choices.

“We are told that accuracy is imported. Yes, but profiteering is not imported. It is Greek and, unfortunately, nowadays injustice tends to become the law and inequalities become the norm. Businesses, households do not have to earn a month, because electricity has skyrocketed and they need two and a half and three salaries to cover only the increase in the price of electricity. At the same time, however, energy companies are hoarding. The profits they had since the beginning of the crisis were over 3 billion euros,” he pointed out.

After the visit to the commercial center of the city, Mr. Tsipras went to the Chamber where he had a meeting with representatives of Kastoria institutions.

Facebook
Twitter
Pinterest
WhatsApp
Previous article
In which agricultural sectors will 403 million euros be invested from the Recovery Fund
Next article
Hackers Can Gain Control (and) Baby Intercom Device!