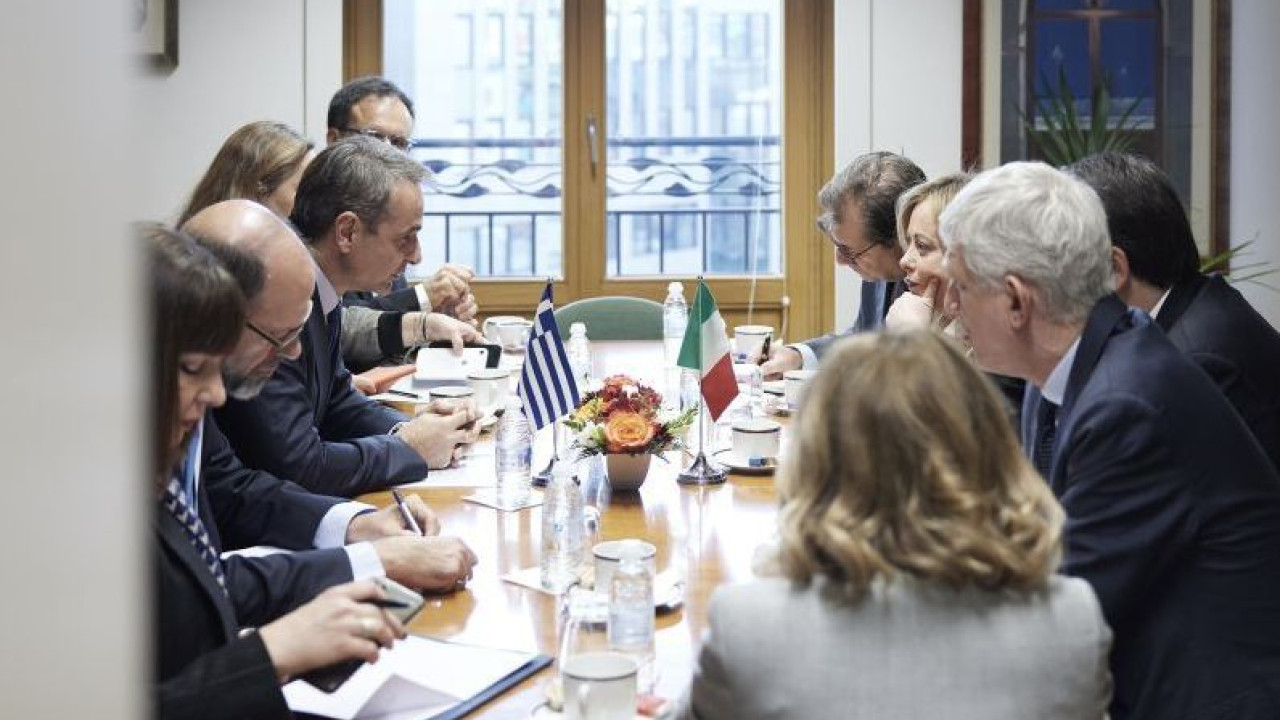 Meloni to meet with Mitsotakis: Close cooperation, especially regarding the Mediterranean

For close cooperation between Italy and Greece, with particular reference to stability and development opportunities in the Mediterranean, the Italian presidency speaks after the bilateral meeting between Prime Minister Kyriakos Mitsotakis and his Italian counterpart Georgia Melonitoday Thursday in Brussels.

The Italian Presidency of the Government in its announcement underlines:

“This friendly meeting confirmed the close cooperation between Italy and Greece, on the main issues that are at the center of the European and international agenda, with particular reference to stability and development opportunities in the Mediterranean. The common interest in further strengthening Rome’s relations with Athens, and bilaterally, arose.

According to sources in Athens, the two leaders expressed their will to strengthen bilateral relations and expand cooperation and coordination in areas of mutual interest within the EU, such as energy and economic governance.

They also talked about regional and international issues, as well as the social and economic consequences of the Russian invasion of Ukraine.

The Prime Minister informed Mrs. Meloni about the latest developments in the Aegean and the Eastern Mediterranean, and emphasized that the aggressive rhetoric of the Turkish political leadership which directly threatens Greece, endangers security and stability in the region. Finally, they agreed to stay in touch.

Europe is close to imposing a ceiling on the price of natural gas, he pointed out earlier Kyriakos Mitsotakis coming to the Summit.