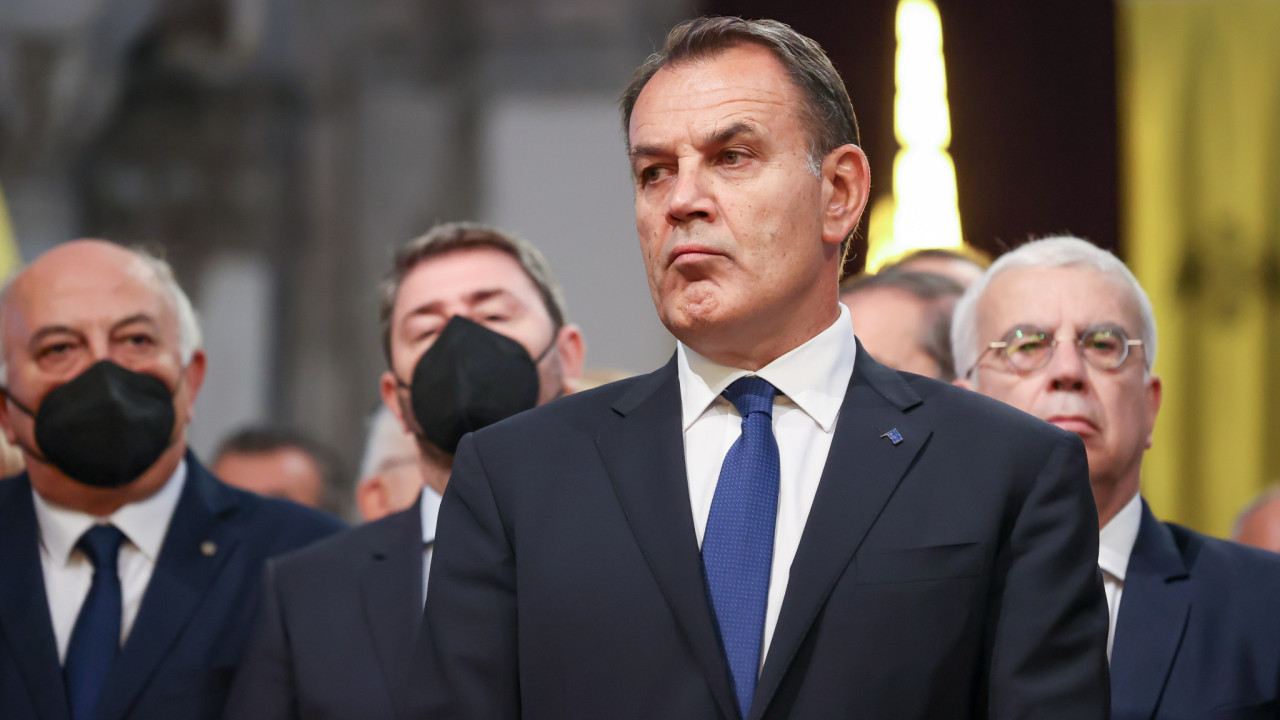 Panagiotopoulos: “The geopolitical developments are changing in favor of the Greek side”

The Minister of National Defense Nikos Panagiotopoulos appeared optimistic in his related article, which makes extensive reference to the actions of the government in the field of defense

“The effort continues. “None of us declares that we are satisfied with the work that has been achieved, and from the first moment of the new year we will speak again with our works, and not in terms of easy impression”, points out the Minister of National Defense Nikolaos Panagiotopoulos, in an article in the newspaper “Parapolitika”, in which he makes extensive reference to the actions of the ND government in the field of defense.

The government of Kyriakos Mitsotakis realized in time the geopolitical developments, the criticality, but also the intensifying instability in the wider region, which is why it proceeded to increase the budget of the Ministry of National Defense from a total of 3.35 billion for defense in 2020, to 5.44 billion for 2021 and to 6.39 billion for 2022. These increases were mainly due to the upfront payments for contracts for the acquisition of the three Belh@rra frigates but also for the 24 Rafale aircraft that we started receiving in record time from the signing of the contract.

1. Reorganization of the structure of the Armed Forces, with an emphasis on increasing the availability of manpower.

2. Addition of new weapon systems that overall upgrade the operational capabilities of the Armed Forces, but also upgrade the existing ones.

3. Shielding the country through defense diplomacy.

– In 2021 we proceeded to recruit approximately 1,600 EPOD and 1,000 OBAs per year for the next five years. Our ultimate goal is to achieve the goal of strengthening human resources by 15 thousand people in a five-year horizon, contributing to the age renewal and qualitative upgrading of the executive staff.

– We secured credits that concern, among other things, the granting of special compensation for night work to military personnel. We have resolved the matter concerning the salary progression of EMTs and OBAs in order to harmonize it with the service and grading progression provided for by law 4609/2019. We are also settling the pending matter concerning the allowance of special working conditions for the crews of warships on mission, while the bill on the welfare of the personnel is under consultation and is expected to be voted in January.

– Since July 2019, a total of 172 equipment programs with a total value of 14.4 billion have been contracted. These include the new Rafale fighters, the implementation of the Mirage 2000-5 Continuing Support Agreement to increase their availability, the upgrade works of 83 F-16 in the “Viper” version. The construction of the International Flight Training Center in Kalamata is progressing, a project that strengthens the strategic relationship between Greece and Israel, which has been developing continuously, in many areas, in recent years, while the issue of the Continuous Support of the C-27s has also been resolved.

-The two Vosper-type missiles have been received to strengthen the PN, the construction of the new FDI HN Belh@rra frigates is progressing and the delivery of the first three ROMEO-type anti-submarine helicopters is underway within 2023. For the first time in a long time, thanks to the policy us, the correlations of military power between Greece and Turkey are beginning to change in favor of the Greek side.

At the level of defense diplomacy, after the strategic agreement with France and the amendment of the Mutual Defense Cooperation Agreement with the USA, we must underline the agreement we concluded with Egypt on Search and Rescue and which delimits the Areas of Responsibility, and therefore of our own maritime zones, concludes the minister.