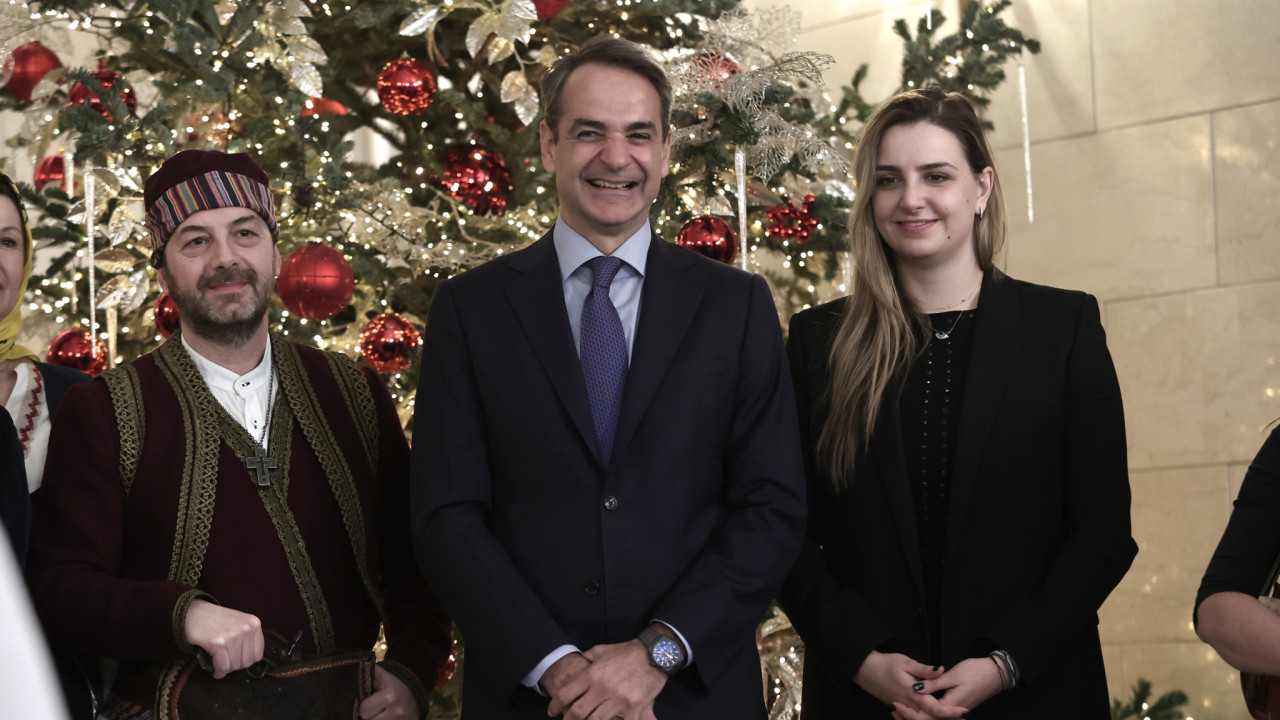 The message of Kyriakos Mitsotakis for 2023: Priority for society to prosper – I will not be drawn into an auction of promises

The prime minister referred to the reduction in unemployment, the increases that are planned in salaries and pensions, but also the inflationary crisis that is gnawing away at the income

Kyriakos Mitsotakis included the assessment of 2022, as well as his optimism for the future, in his message for 2023.

In more detail, the Prime Minister’s message for the new year:

New Year’s Eve today and the threshold of 2023 becomes, thus, an opportunity to reflect on the many events we experienced together in the past year. Of the successive challenges that our country has managed. But also the great steps he took forward.

Because the new year finds Greece with the lowest unemployment since 2010. With investments, exports and tourism revenues exceeding all expectations. With global business giants trusting the country and its future. And with the digital state serving the citizen, abolishing bureaucracy and facilitating his daily life.

And still, with our borders secure and the national defense armored. Both with international agreements and with modern equipment. Even the shipbuilding industry of the place is reviving today. Mainly, however, with the state constantly raising ramparts in favor of society, facing sometimes the consequences of a war and sometimes the attacks of international accuracy.

All these are not successes of the government. They are successes of Greece, which were realized thanks to your support for our initiatives. But also thanks to your understanding of any of our weaknesses. We always learn from them. After all, we have proven that together we can turn difficulties into opportunities, reaching each time, through the waves, to the opposite shore.

I am well aware that imported inflation is still eating away at the average income. That puts a lot of pressure, especially on our most vulnerable fellow citizens. As well as hindering the activity of our businesses. But you also know the many targeted efforts of the state to support the economy and society in every unforeseen test.

From the 1st of the month, pensioners will see, after many years, increases in their pensions. NHS doctors will see increases in their salaries. And now all Greeks will be relieved by the abolition of the Solidarity Levy. From February, too, the state will cover a significant part of the basic expenses of households. While on April 1, earlier than last year, the minimum wage will increase again.

We can do all this precisely because our economy is growing much faster than the European average. But also because our priority was and is, for society to prosper without leaving anyone behind. I have served this goal since the first moment. And I remain on this path: let’s move forward and always united.

At the same time, however, I have a national duty to preserve fiscal stability. That’s why, even though 2023 is an election year, I’m not going to be drawn into an auction of promises. Nor will I distribute money that does not exist.

After all, after almost four years in the office of Prime Minister, you already know that I only commit to things that I am sure I can implement. And this is how I have been going since you entrusted me with this huge responsibility: let’s build together today a tomorrow that will be better than yesterday, with Stability, Consistency and Continuity.

So, we welcome 2023 with optimism. And as I have said, if our first slogan was ‘less taxes’, the second must be ‘better wages’, decent health for all and affordable housing, especially for the younger generation. Goals that certainly won’t come true overnight. Which have, however, been routed on the tracks of specific timetables.

We just need to stay united. With our weapon the truth, the plan and the appetite for work.

I wish health, joy and hope to all Greek women and to all Greeks, everywhere in the world. No one behind and everyone forward! This is our message for the new year. We can and we will achieve it!

Facebook
Twitter
Pinterest
WhatsApp
Previous article
Covid wave in China is a warning to Brazil and the world that the pandemic is not over
Next article
Taylor Swift: The Biggest Pop Star Right Now – What’s Behind Her Success