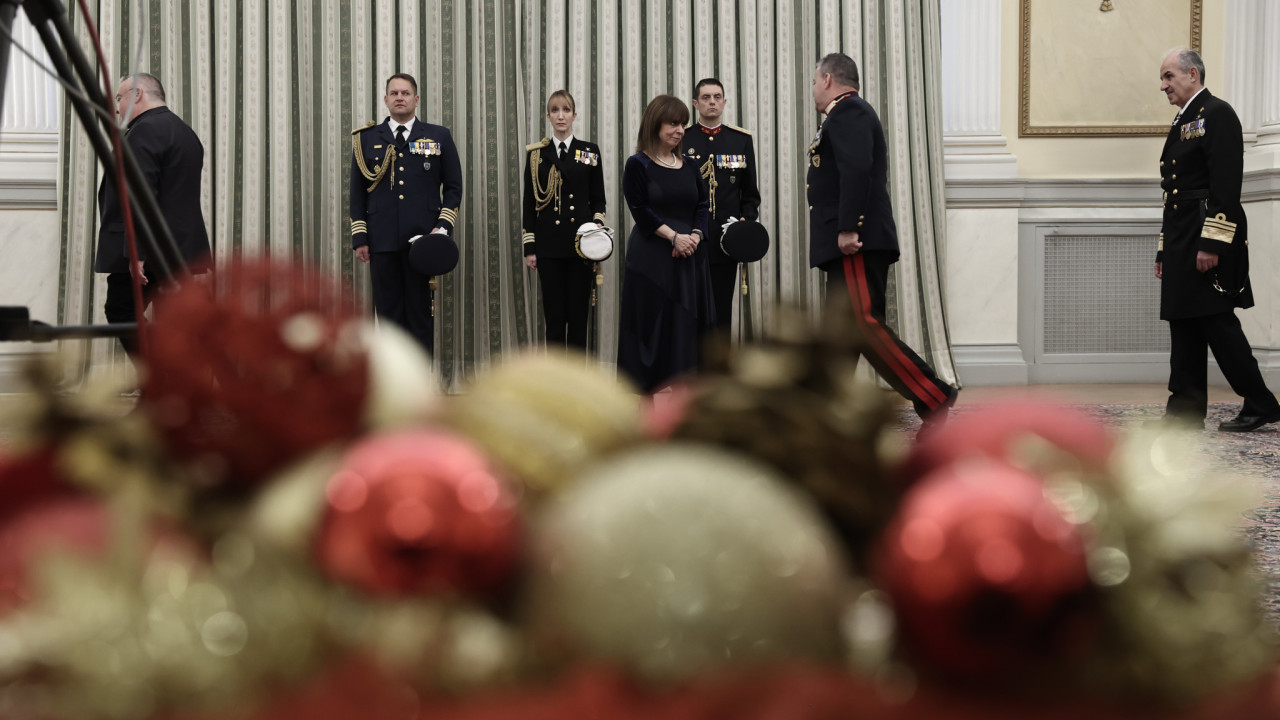 The PtD received the usual wishes for the new year

The established wishes for the new year, on behalf of the political, ecclesiastical leadership and the leadership of the armed forces, and the spiritual leadership, were received at 12 noon at the Presidential Palace by the President of the Republic, Katerina Sakellaropoulou.

Previously at 11 am the President of the Republic attended the doxology for the celebration of the new year at the Athens Cathedral. The doxology was performed by the Archbishop of Athens and all Greece, Mr. Ieronymos.

Among others, the Archbishop of Athens, Mr. Ieronymos, the Prime Minister, Kyriakos Mitsotakis, the Speaker of the Parliament, Konstantinos Tasoulas, the General Secretary of the Central Committee of the KKE, Dimitris Koutsoubas, the Minister of Citizen Protection, Takis Theodorikakos, the Minister of State, Panagiotis Pikrammenos, the Minister of Digital Policy, Kyriakos Pierrakakis, the Minister of Education, Niki Kerameos, the Minister of Culture and Sports, Lina Mendoni, the PASOK MP and parliamentary representative Kostas Skandalidis, the SYRIZA-PS MP Yannis Dragasakis (Alexis Tsipras is in Brazil for the swearing-in of the new president Lula), the head of the GEETHA, Konstantinos Floros, the regional governor of Attica, George Patoulis, the mayor of Athens, Kostas Bakoyannis, the presidents of the supreme courts, the metropolitans, Theodoritos of Laodicea, the representative of the Ecumenical Patriarch, George of Guinea, representative of the Patriarch of Alexandria, the Archbishop of the Catholic Church in Athens, Theodoros Kont idis, Marianna Vardinogianni et al.

Facebook
Twitter
Pinterest
WhatsApp
Previous article
Cher: She calls her fiance… “daddy” – The 76-year-old singer is in love
Next article
Pelé hated wakes and said he was not afraid of death, just ‘afraid’