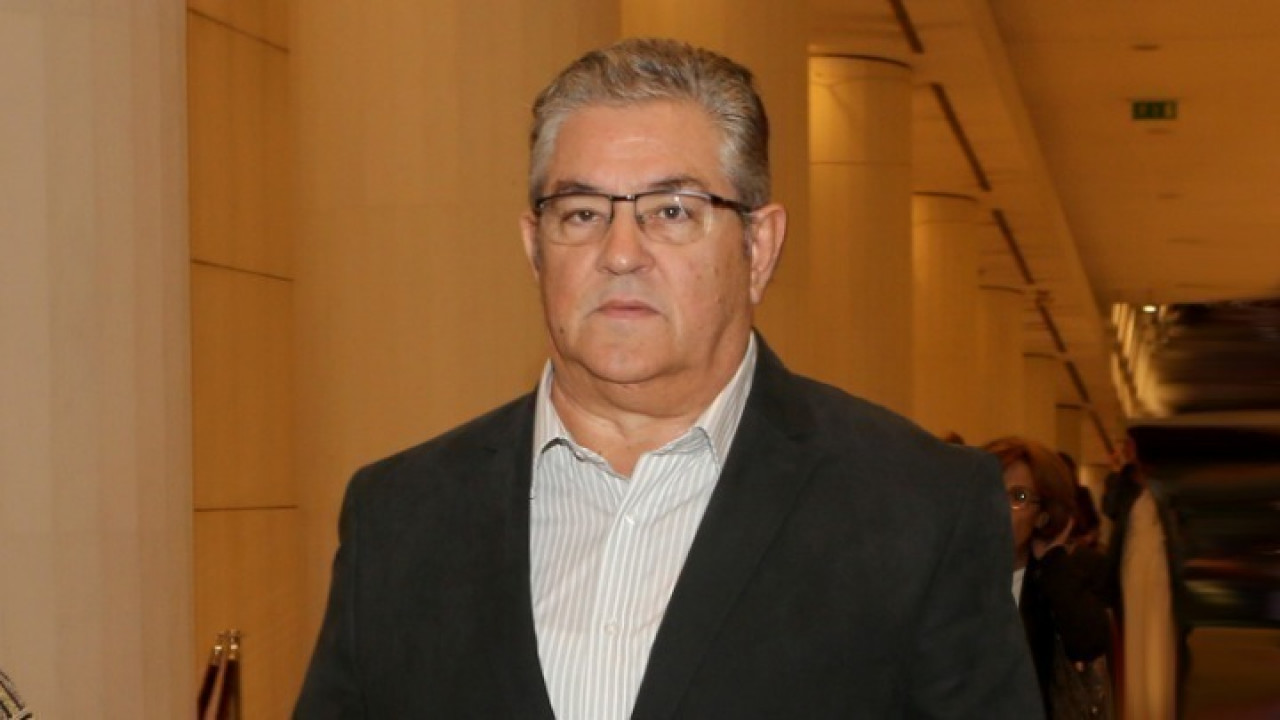 Koutsoubas in LARKO: Continue the fight, the KKE is by your side

The General Secretary of the KE of the KKE Dimitris Koutsoubas attended today the open meeting of unions and organizations in Larymna on the occasion of the call of the LARCO workers.

At the beginning of his speech, he referred to the ties of the KKE with the workers of LARCO that have been forged for over four decades during the struggles and, among other things, he emphasized:

“3 years ago, at the beginning of this attack that you have received from the ND government, from the first moment, the KKE trusted your struggle, trusted your strength. Contrary to the predictions made by the government and staff of other bourgeois parties, who said that “in six months they would have paid you off”, the KKE came forward together with pioneer workers, who do not agree with us on everything. Today, three years later, the entire working class bows to this struggle you have made” he added.

He called on the workers to maintain their unity and rally around their unions, underlining “be sure that if you continue on the path you have drawn, no one can move you from work and from your homes. The LARCO chimney will smoke again. On this road, as until today, we continue to declare ordinary soldiers in your decisions.

D. Koutsoubas said that during the pre-election period “everyone will come like “wet cats” and the pre-election “meows” will begin. They will seek, put you on hold until the polls and then “don’t see them…”.

He called on the workers to use their experience from their own struggle and condemn all of them politically and at the ballot box.

He said that the ND “promoted a conscious plan to give away LARCO literally in exchange for a lentil board”, noting, among other things, that “in all the amendments voted for LARCO in the last 3.5 years, it explicitly states that “employees must be dismissed because they are heavy”.

He mentioned that SYRIZA and PASOK have voted for the further privatization of LARCO, while “all together in all the memoranda and directions, they declared with their vote that they are the common soldiers of the European Union. And with their politics as a government in previous years and their politics as an opposition in recent years, they have emerged as worthy defenders of the interests of big business groups.

Each of them, when they ruled, defended the path of privatization with excessive zeal, proposed, voted and acted in this direction.”

“In these three years, the KKE has tabled two amendments and a draft law. They didn’t support a single one. They did not say the simple thing about “the eyes of the world” either, “we do not agree with the KKE on everything, but we want to discuss what concerns labor, workers’ rights, jobs, ensuring the unified operation and its development in the Parliament” said D. Koutsoubas.

As he explained, they did not “because the commitments that these parties give to capital are everyday”.

He emphasized that the workers should not be trapped in “waiting for elections and the arrival of the investor”, but, on the contrary, “it is time to claim in terms of counter-attack.”.

“It is the right time to push even harder and be even more effective in order to take back what has been stolen from you. They belong to you, they are your toil. Continue this fight and don’t be afraid, the KKE is by your side. At the same time as the fight, draw conclusions and give a political answer,” he stressed.

He also pointed out that, under all circumstances, the support of the KKE in the struggle of the workers will be more dynamic and will bring more results if the KKE is strengthened.

On this path of development, the KKE puts its proposal for LARCO, taking into account the suggestions of the workers and the possibilities it has today.

The KKE proposal can fully develop the production potential of the country and LARCO. The KKE has concretely proven with evidence, repeatedly, that LARCO is a gold mine,” said D. Koutsoubas, then quoting the main axes of the party’s proposal.

“The KKE’s proposal for an open and sustainable LARCO, with safeguards for all workers, as well as the amendment-addition for LARCO and the workers and our dozens, hundreds of interventions in the Parliament and the European Parliament, show the way, answer the question, who is with the workers and who is with capital.

Don’t expect any political messiahs. There are no such saviors. We are sure that only the people can save the people, on the road to overthrow with a very strong KKE.

Without you a gear does not turn, a worker can do without bosses! This is our motto. Good strength and health!” underlined, concluding his speech, the General Secretary of the Central Committee of the KKE.