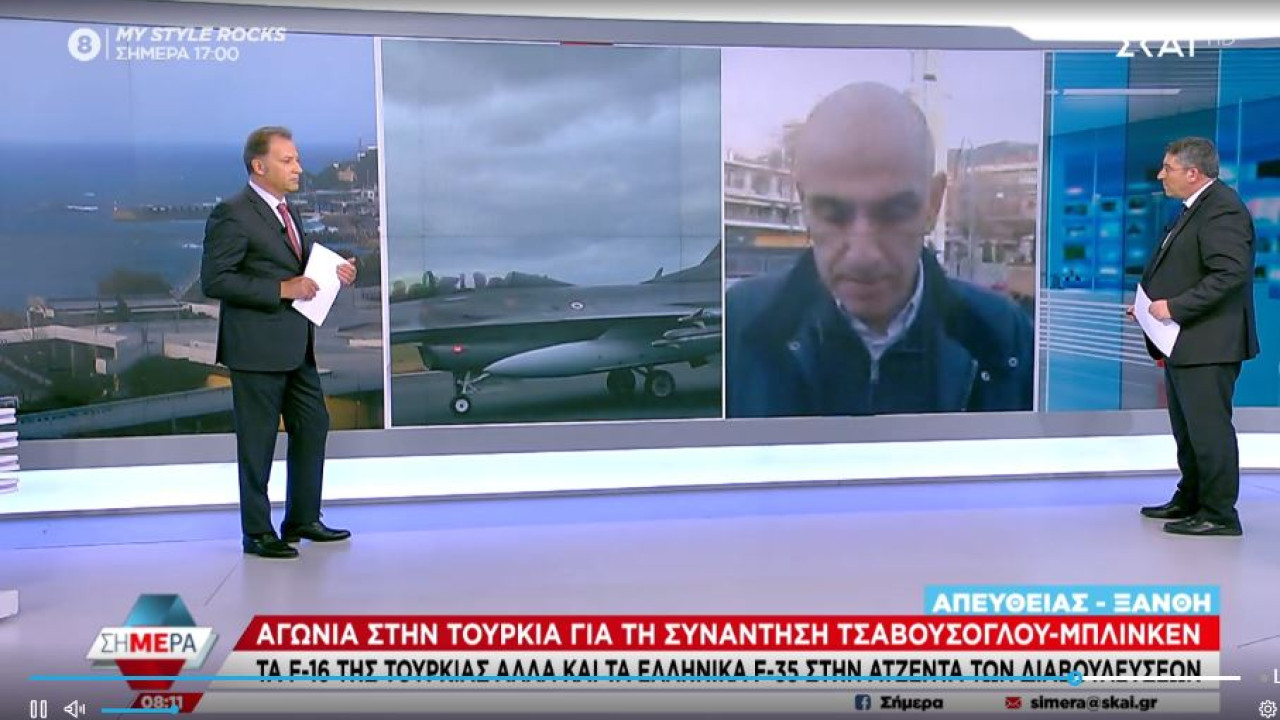 Struggle in Turkey over the meeting between Cavusoglu and Blinken

Struggle prevails in Ankara in view of the critical meeting of the Turkish Foreign Minister of Turkey, Mevlut Cavusoglu with his American counterpart, Anthony Blinken in Washington.

Turkey is expecting at least a positive statement from the American side about the F-16s at the joint press conference, however, things are not so positive, as Washington is faced with Turkey’s aggressive policy towards Greece, as well as the obstacles it poses for the accession of Sweden and Finland to NATO.

These issues are also expected to be on the discussion table between the two foreign ministers, with Ankara anxiously awaiting the messages that Anthony Blinken will send.

In an interview with the Turkish newspaper Hurriyet, the former head of the Turkish Air Force, Abdin Unal, expresses concern about the fact that Greece will gain air superiority in 2025-2026.

“The Greek Rafale, F-16 VIPER, are changing the facts. We must immediately modernize our F-16s. The Greek F-35s will already see us before we see them”

Unal said: “If our plan to buy 40 new VIPER-capable F-16s and modernize our 80 F-16s in our inventory fails, and Greece carries out all three plans, i.e. completes the F-16 modernization and the purchase of the Rafale and also buy the F-35, then in this case when we get to 2025-2026, the Greek side in fighter aircraft will have the upper hand in fighter aircraft.

The F-35 because of its low visibility capability, he sees me before I see him… This gives him an advantage in the air campaign environment:

Turkish journalists comment, as SKAI’s correspondent Manolis Kostidis reports from Istanbul, that “Mitsotakis caught up with the F-35 package and pitted it against our F-16 package – Turkey will receive the F-16s in 2028, but Greece will receive 40 F-35”

The journalist of the TV network Haber Turk, Metehan Demir said: “The impressive fact is that a few months ago during the visit of Mitsotakis to the USA, the thought and request for the purchase of F-35s from Greece came up and with great speed this package was prepared in Congress and they managed to our F-16 purchase package. Greece is planning to buy 30 or even 40 F-35. But mind you, Turkey was a founding member of the F-35 production plan, it was one of the nine members, and Turkey was a co-producer country.

» We will now wait for the approval of the Congress, and we will try to deal with Bob Menendez the chairman of the Committee on Foreign Relations of the Congress who is putting obstacles on the other hand we will be put on the waiting list for the purchase and receipt of the. F-16. It’s like cars, you order and wait. We will receive the F-16s in 2027 or 2028 at the earliest. Because there are countries that preceded us”.

Besides, Turkish analysts explain the reasons for Turkey’s discomfort with the Greece-US cooperation: “The Americans will protect Crete and Larissa, we will not be able to attack them – The Greek air force will only have an aggressive disposition towards Turkey” they comment.

Aydin University Professor Ozgiur Tor said: “Let’s see here. It is the base of Souda, if there is a war, I hope it doesn’t happen, but if we have to do any operation before Souda, or towards the base of Larissa, then the Americans will protect these areas with their own anti-aircraft systems as there they will have their own forces and aircraft. In this case, Greece will have its own air forces in an offensive configuration and this is of great importance. That’s why I wanted to show it to you on the map.”

Facebook
Twitter
Pinterest
WhatsApp
Previous article
Survivor All Star: Marialena caused an “earthquake” – “Sakis is thinking of leaving” – Watch video
Next article
Oikonomou to SKAI: “Does SYRIZA want a sledgehammer or libraries?” – What did he say about Kalogritsa and Floros?