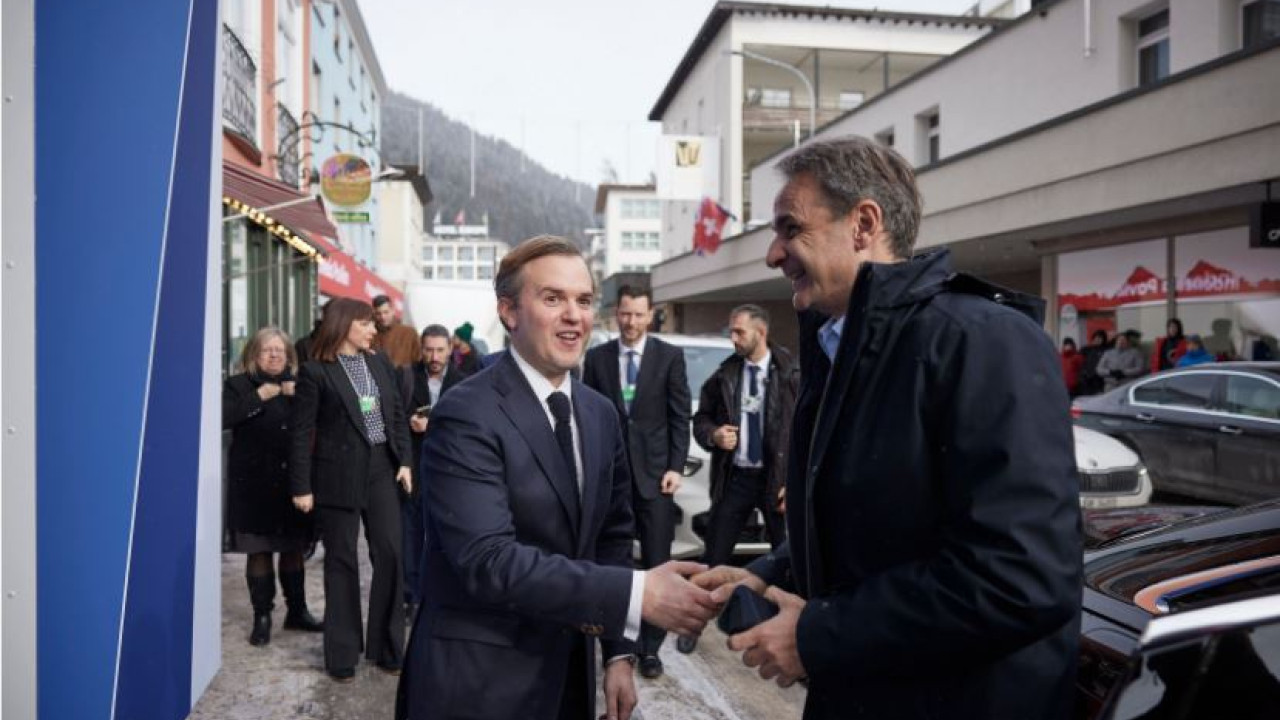 Mitsotakis from Davos: Three years later, the image of the country has changed radically

Mr. Mitsotakis met in the context of the World Economic Forum with Philipp Hildebrand, Vice President of BlackRock and with the former Secretary of the Treasury of the United States and Honorary President of Harvard University, Lawrence Summers.

On the second day of his participation in the Davos World Economic Forum, Prime Minister Kyriakos Mitsotakis continued his meetings with international economic actors, while concluding his activity he visited the Greek House Davos, where he spoke with the officials, thanked and congratulated them for the their work.

In the morning, Mr. Mitsotakis met in the context of the World Economic Forum with Mr Philipp Hildebrand, Vice President of BlackRockthe world’s largest fund manager, with a portfolio approaching $9 trillion.

Greece is “the best performing economy in Europe”, said Mr Hildebrand as he was received by the Prime Minister.

The resilience and prospects of the Greek economy, the improvement of the investment environment, the emphasis placed by Greece over the last three years on the green and digital transition and the global challenges resulting from Russia’s invasion of Ukraine were discussed.

Kyriakos Mitsotakis also met with the former Secretary of the Treasury of the United States and President Emeritus of Harvard University, Lawrence Summers.

There was an exchange of views on the effects of global inflationary pressures, the policies that can mitigate their consequences and the potential of the Greek economy in the post-pandemic environment, given the demands of modern technology.

It was discussed that in recent years Greece has achieved strong growth, recovering from the crisis, while at the same time charting a new path for the role of the market and the state in the recovery of an economy while supporting society.

The image of the country has changed, Greece has turned the page

“The course of Greek House corresponds, I think, with the course of the image of the country and here in Davos. It is the first time that we are again in Davos in January, the last time was in January 2020. At that time we were still trying to convince the international investment community that Greece has indeed turned the page. And indeed we were faced then with enough optimism but I would say with some suspicion.

I can tell you with certainty, that three years later and having already completed a very extensive circle of contacts here in Davos, that the image of the country has changed radically. Greece has turned the page, it is an attractive investment destination, this is something that is recognised, as is the innovation of our country in applied policies at many levels. But also the important role it now plays within the European solidity”, noted the Prime Minister during the conversation he had with the Greek House Davos staff.

“At the same time, Greece is recognized as a pole of geopolitical stability in a difficult region of the world and there is also a very great interest, I would say, in how this effort will continue as 2023 is – as you know – an election year.

I want to thank you again for this very important effort you made. I know that a lot of people passed by the Greek House and I think that the essence of the discussions that took place here, but I dare say the aesthetics of the space, is absolutely in harmony with this new image of Greece that we want to broadcast”, pointed out Kyriakos Mitsotakis.