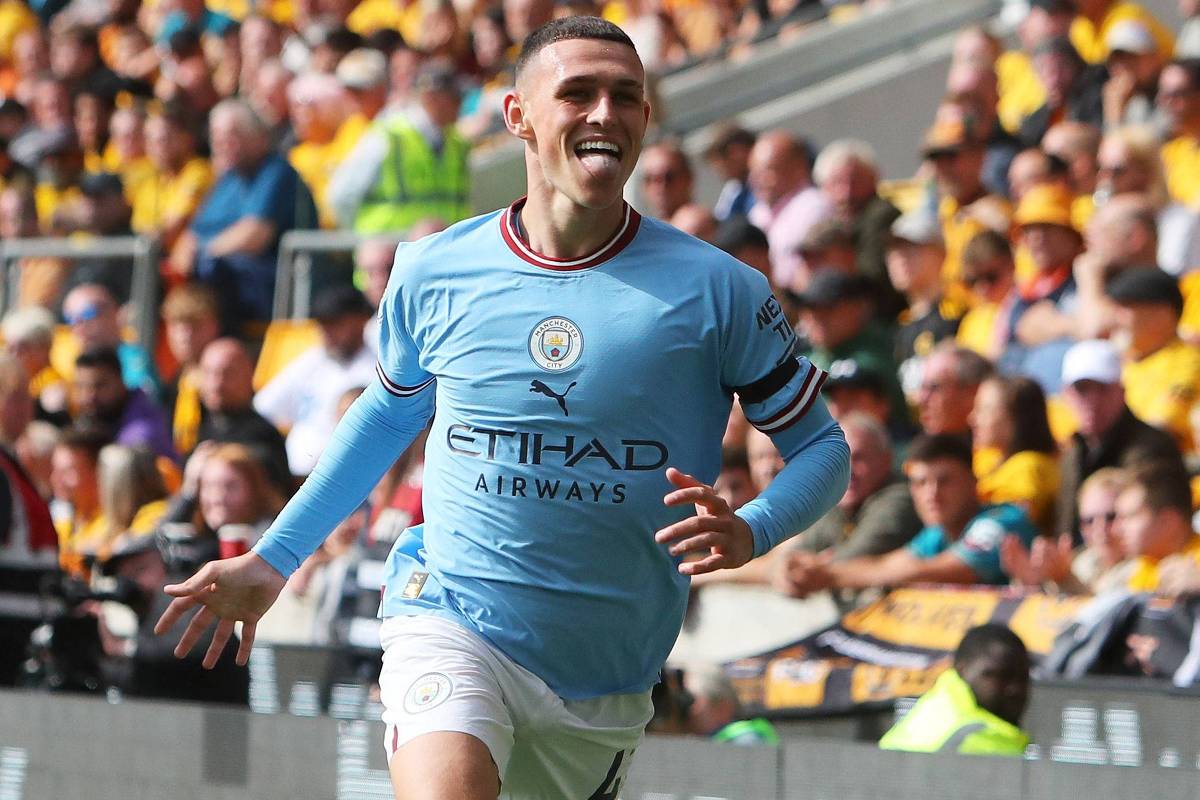 Guardiola’s pupil Phil Foden is the ‘Iniesta of Stockport’

In an interview, Phil Foden, 22, said he expected his football evolution to be “gradual”. It was an odd choice of words for someone who has a history in the sport, so far, meteoric.

“It’s been a while since I’ve seen something like this. It was a performance at a higher level. He is 17 years old, he is our player, he grew up at the base and loves the club. It’s a gift”, admired Pep Guardiola, Manchester City manager, seeing the midfielder debut for the professional team, in July 2017.

It is difficult to define exactly what Foden’s position is. He can be a point guard, midfielder, full-back (in a scheme with three centre-backs) or false 9. He has already played all these roles in the Premier League or for the national team, and that is what makes him an indispensable name for England in the Qatar World Cup .

“Seeing what he can do on the pitch is exciting for the fans of our national team. He has incredible technique,” praised national team coach Gareth Southgate.

Opinions make the speech that everything was gradual even less believable. In five years as a professional, he has already won nine titles in his career, played in a Champions League final and achieved what hundreds of other players who played for his national team did not: he played for a title decision.

Foden’s crying after the penalty shootout defeat to Italy in last year’s Euro Cup final was one of the memorable images of the tournament. It was the country’s biggest trophy chance since winning the 1966 World Cup.

Before the competition, he dyed his hair blonde, which drew comparisons with another British football icon. Paul Gascoigne had done the same before Euro 1996, which was also hosted by England and ended in failure on penalties, but in the semi-final and against the Germans.

In the locker room, after the fall to Italy, Foden heard from Southgate that that group of athletes would have a chance to go for a fight in Qatar. It was what became the main objective of the boy who started in the youth ranks of Manchester City, his favorite club, at the age of four. Speed ​​of mind, ability to move and touch the ball have earned him the nickname “Stockport Iniesta”.

Stockport is the city next to Manchester, where he was born and lives today. The comparison is with Andrés Iniesta, legendary Spanish midfielder commanded by Guardiola at Barcelona, ​​where he won the Champions League in 2009, 2011 and 2015. He also won Euro 2008 and 2012.

More importantly, he did what Foden most dreams of repeating: he scored the world title goal for Spain in 2010 in South Africa.

It was precisely against the Spaniards that the young Englishman began to really attract attention. Just before making his professional debut for City, he was named the best player at the U-17 World Cup in 2017. England were champions, and the midfielder scored two goals in the final against Fury.

“He’s a special player. You can see him play in different positions, and even if it’s not your favorite, he always plays well”, melts in praises Guardiola.

Almost a year later, just days short of turning 18, he was the youngest player in Premier League history to receive a champions medal. To be awarded the award, it is not enough to be part of the cast. You must have entered the field at least ten times during the competition.

Not that he ever dropped the ball. It did, but off the field. Two days after making his senior debut, in a 1-0 Nations League win over Iceland, he was sent away from the team’s concentration camp, along with striker Mason Greenwood. They had broken Covid-19 isolation rules by having women in their hotel room.

His family life was not gradual either. At 22, Foden already has two children with girlfriend Rebecca Cooke. The first of them, Ronnie, was born when the two were 18 years old.

This is the second in a series of ten texts about players who can surprise at the 2022 World Cup. They will be published on Tuesdays.