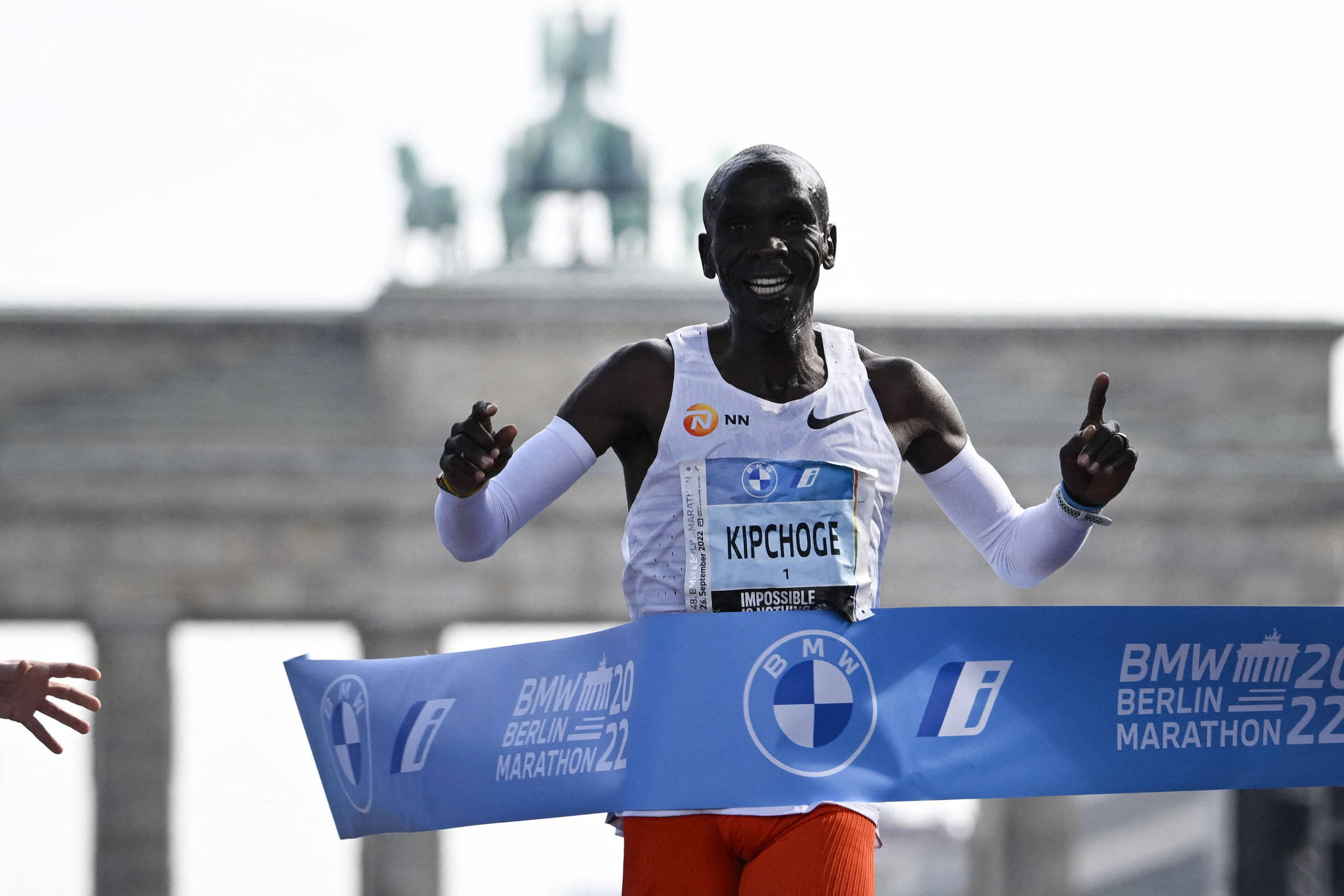 One of the most fun parts of team sports is arguing about who is the greatest athlete of all time in that sport. Consensus is rarely reached. There are many variables involved, and some of them are quite subjective. In short, for these questions there is no right or wrong.

In athletics it’s a little different. You have athletes who go down in history for their extraordinary feats. Black sprinter Jesse Owens embarrassed Nazism and Adolf Hitler by winning the gold medal in the 100 meters at the Berlin Olympics. Ethiopian marathon runner Abebe Bikila astonished the world by winning the 42 km barefoot at the 1960 Rome Olympics. They are unique feats, full of symbolism. And, precisely because of that, they are insurmountable.

There is in athletics a much more objective way of deciding who is the best of all time. Just look at the stopwatch. Jesse Owens ran the 100 meters in 10s3. In 2009, Jamaican Usain Bolt covered the same distance in 9.58. Bolt’s mark must one day be surpassed – Owens’ feat will never be matched. But until a new world record appears, the Jamaican will be the greatest sprinter of all time.

I made this long introduction to get to Eliud Kipchoge. Those who don’t follow athletics closely may have never heard of this discreet 37-year-old Kenyan, 1m67 and weighing 52 kilos. Well, know that Eliud Kipchoge is for the marathon as Usain Bolt is for the 100m. He is the greatest marathon runner of all time.

Kipchoge won a gold medal in the last two Olympic marathons – Rio de Janeiro and Tokyo. And this Sunday (25th), he broke his own world record by finishing the Berlin marathon in 2h01min09 – 30s faster than his previous mark, obtained in the same city in 2018. To give you an idea of ​​Kipchoge’s dominance in the sport , the runner-up – fellow Kenyan Mark Korir – completed the same distance almost five minutes later.

Despite this being the new world record approved by World Athetics, Kipchoge remains the only human being to have run the marathon in less than 2 hours. In a closed event, promoted by his sponsor, he covered the 42 km in 1:59:40. The brand has no official recognition because there were no other competitors on the day and the ideal pace was set by an organization car. But he went there and did something that many thought was impossible.

Universities study the mechanics of Kipchoge’s run. Coaches look for similar talents around the world, and try to reproduce in their pupils the same technique as the Kenyan. Search google for content on “how to run like Eliud Kipchoge” and you will get hundreds of results.

As the world catches up with him, Kipchoge leads a simple life in rural Kenya, where he lives with his wife and three children. His image is worth millions, but there are reports that he is in charge of preparing his own food and cleaning the bathrooms at home. An ordinary human being, who does things that another human being has never been able to do.

Every time we watch a Messi or Cristiano Ronaldo game, we know that we are facing something special, and that one day it will end. Today, those who followed the Berlin Marathon saw human limits being overcome, redefined. Witnessed history being written by Eliud Kipchoge. Once again.

Facebook
Twitter
Pinterest
WhatsApp
Previous article
From Metallica to Mariah Carey in concert in Central Park – See photos, videos
Next article
Benefits: What payments will be made by e-EFKA, DYPA and OPECA until September 30