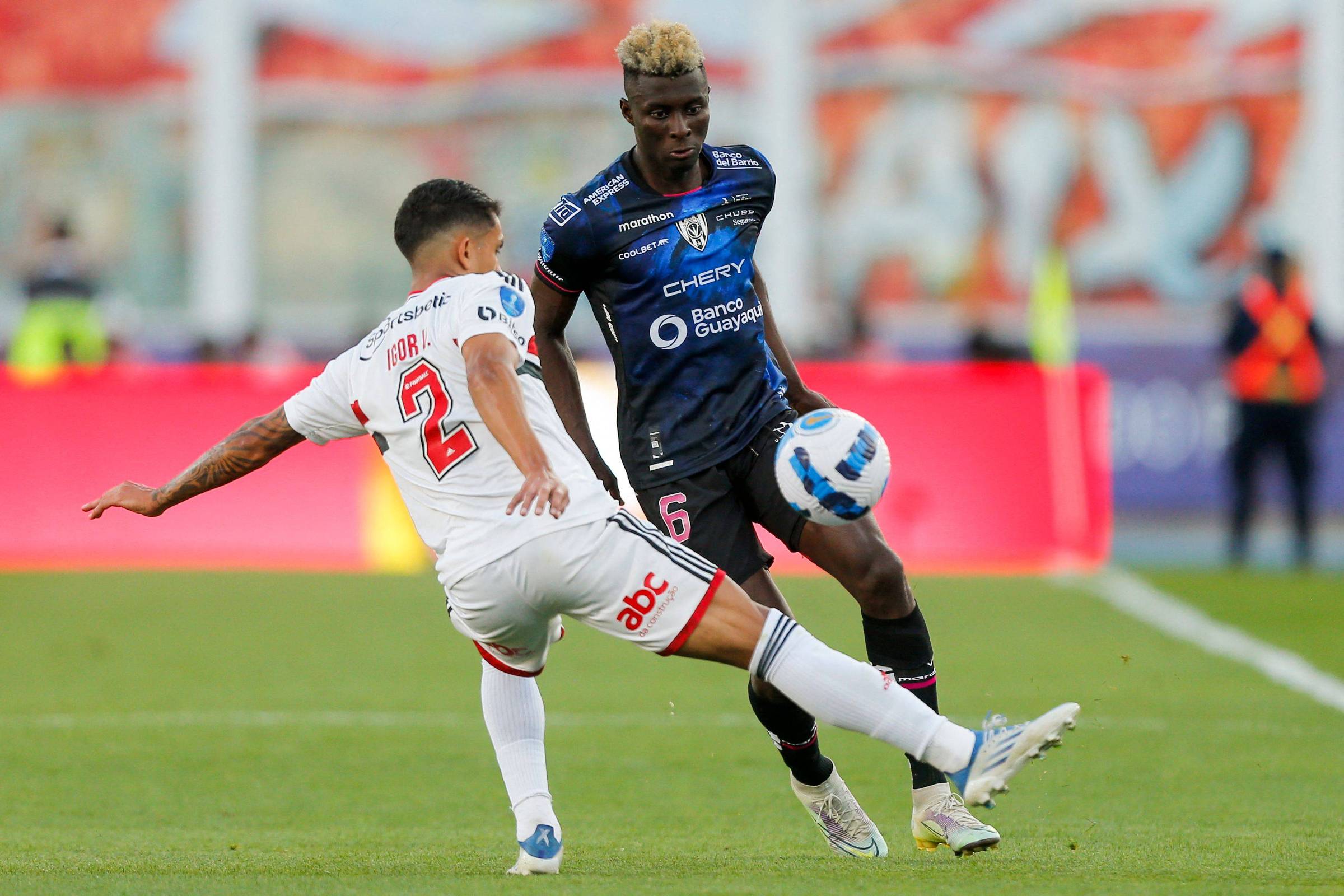 There is an observation about Rogério Ceni made both at São Paulo and at his former club, Flamengo, as cruel as it is important for the coach to think about. So perfectionist, Rogério is sometimes boring. He studies opponents so much that he always makes them look better than the team he mentors.

It was a risk in the final against Independiente del Valle.

Rogério’s choice for Igor Vinícius, instead of Rafinha, was also due to Pablo Maia’s pursuit of Sornoza. It was not radical individual marking, but the midfielder followed the Ecuadorian midfielder, second striker in the Del Valle formation, until close to the sideline.

Thus, Igor Vinícius watched the winger Chávez and Reinaldo stayed with Matías Fernández. Sornoza didn’t stop anywhere on the field, which prevented any kind of pursuit. More than that, it was Faravelli who gave the precise pass for Lautaro Díaz to score 1-0, in the 13th minute of the first half.

São Paulo’s growth at the beginning of the second half occurred when the team tried to impose its style. Reversal of Rodrigo Nestor’s play to Igor Vinícius, tackles in the attacking field, Patrick and Reinaldo’s tables on the left side.

There were at least five ball recoveries in the attacking field in the first ten minutes of the second half. Perhaps the fate of the match would have been different if the team, pushed by approximately 15,000 fans, had tried that same pressure in the first half.

It was known about Independiente del Valle’s ability to rotate the ball, score in midfield and be quick to define plays after the tackle.

The ability of Faravelli, Pellerano and Angulo to make it difficult for opponents to pass and put speed in offensive actions was also known.

It was more or less how the goal was born. Faravelli’s pass, in the sector behind Reinaldo’s back, between the full-back and the defender Léo, for the Argentine forward Lautaro Díaz to finish without defense for Felipe Alves.

The strength of São Paulo gave way to the cadence of Independiente del Valle after 15 minutes of the second half. The team of Argentine coach Martín Anselmi, assistant to Spanish Miguel Angel Ramírez at Internacional, circled the ball in search of fouls that resulted in crosses into the penalty area.

São Paulo didn’t play badly. He finished more, although with less time on the ball than his Ecuadorian rival.

But Rogério Ceni’s team lacked the confidence of someone who had played at a high level all season. Six matches ago, the coach returned to using the 4-1-3-2 system, frequently adopted at the beginning of the year.

Until the second goal came, scored by Faravelli, the best on the field. Extraordinary launch by Schunke for Sornoza. The midfielder, ex-Fluminense, received without the planned marking of Pablo Maia. The result was a pass for Lautaro Díaz and his for Faravelli to score.

São Paulo’s problem was not exactly the final, but the slow process of rebuilding the club. Rogério Ceni has already threatened a few times to leave Morumbi if he doesn’t win the title, despite the president’s assurances. His permanence is important to strengthen the team for the coming year.

Rebuilding requires patience. The question is whether it will exist for the coach and the fans.

Palmeiras scored 26% of their goals in corners. That’s 12 out of 45 goals. There were three short kicks, nine for the penalty area, seven executed by Scarpa, five converted by Rony. What kills the opponent is not the corner. It’s the repertoire. The surprise.

Gabriel Jesus told ESPN reporter João Castello Branco that Tite called him after failing to draft him in September. A sign that he is almost inside the Cup. Jesus changed clubs to play as nine. He scored as a striker in the derby against Tottenham.