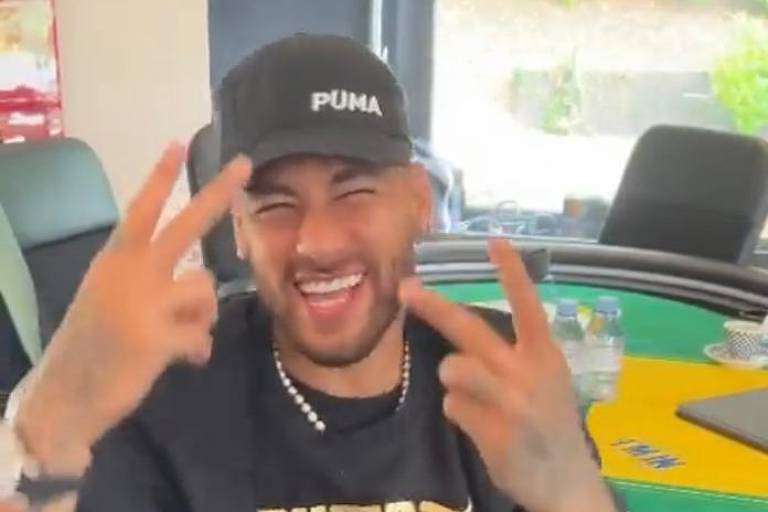 It’s a fake post with an image that would be a screenshot of a news from Globo’s GE portal, with the title “Puma increases Neymar sponsorship after hit on TikTok”.

In one of the publications there is a caption in which the author says: “The rotten media is trying to cancel Neymar and harm the contract with Puma. But Puma loved the visibility. Golaço! #VaiSerNoPrumeiroTurno” referring to the video published by player on TikTok on September 29, in which he declares support for President Jair Bolsonaro (PL) in the presidential election.

As verified by Projeto Comprova, another viral post does not use the image with the fake news from GE, but states that “Neymar signed the most expensive individual sponsorship contract in the sport (U$ 30 million/year). Brazilian after hit on Tiktok”.

The “news” image has a layout similar to that used by publications on the GE portal. However, when searching for the title of the supposed news on Google, there is no return for any content published on any site with that content.

When contacted, the sports news website’s communication team stated that “this story does not exist in GE”. Neymar’s press office declined to comment, saying only “I have nothing to say about such nonsense”.

False, for Comprova, is all content invented or that has undergone edits to change its original meaning and deliberately disclosed to spread a falsehood.

what does the author say

The report sent a private message to one of the Facebook profiles that shared the print with the fake headline, but there was no response until the verification was published.

The Twitter profile @genioneymarjr1, which in its post did not use the print of the fake news, said that it used as a source for the publication another post on the social network, made in English.

This post, however, does not mention any raises granted by Puma to Neymar. In free translation, the tweet, made by user “@slashviolence”, reads only: “I’m curious if @PUMA, who signed @neymarjr to the most expensive individual sponsorship deal in sport’ ($30 million/year), feels comfortable having his brand on display as he declares support for a racist, homophobic campaign by a far-right presidential candidate in Brazil.”

The Twitter profile that responded to the verification also cited the print of the alleged GE article on the subject as a source for the publication, and said that the site would have deleted the content after publishing it.

The first step was to search the GE website with the title that appears in the fake posts. As the research did not bring any results, the report spoke to the communication area of ​​the vehicle via WhatsApp message.

Also through the app, he contacted the player’s press office. By email, we tried to reach Puma, but received an automatic reply that the team doesn’t return to work until October 3rd.

The layout of the news headline is similar to that of the G1 and GE publications. When searching for content on GE using the keywords “Neymar” or “Puma”, however, there is no article with content similar to the statement made in the post.

In contact with Comprova, the GE’s press office stated that the content is false and that “the article does not exist on the site”. In addition, he also said that there is no reporter with the name of Fernando Mendes in the sports editorial team, as shown in the image.

When searching for the reporter’s name on Google, there is also no return for any content published in the journalistic vehicle with that subscription.

In addition, there are other elements that indicate that the image was not taken from a published news item. In the portal’s publications, right after the reporter’s name is signed, there is an indication of the city and/or country where the content was written, which does not happen in the disinformation print.

Next to the signature of the articles published in the GE, there are also the icons of the social networks Facebook, Twitter and WhatsApp for sharing the material. In the fake news print are the logo of two more social networks: LinkedIn and Pinterest, another indication that the verified content is not true.

The deal between Neymar and Puma was announced by the player on September 12, 2020. video on twitterNeymar, already in the French team Paris Saint-Germain, said he wanted “the [chuteira] King reigns on the field again and inspires generations.” As of October 2, the post had 152,200 likes and over 18,100 shares.

At the time, Veja magazine reported that “the player’s remuneration would reach 25 million euros annually”, a value higher than those received by Cristiano Ronaldo with Nike and Lionel Messi with Adidas. According to the magazine, Puma’s sponsorship of Neymar would be the largest individual sports sponsorship deal in football history. The information was also passed on by the ESPN channel website.

The contract began shortly after Nike parted ways with Neymar in August of that year, ending a partnership that began even before he became a professional player for Santos. According to UOL, the reason was the lack of an agreement on the values ​​of a renewal.

Comprova investigates suspicious content that goes viral on social media about elections, public policies and the pandemic. The suspicious content verified concerns an alleged consequence after the disclosure of political support from a public figure, in this case the football player Neymar Jr, to the presidential candidate, Jair Bolsonaro. The fake content also involves one of the biggest sporting goods brands in the world.