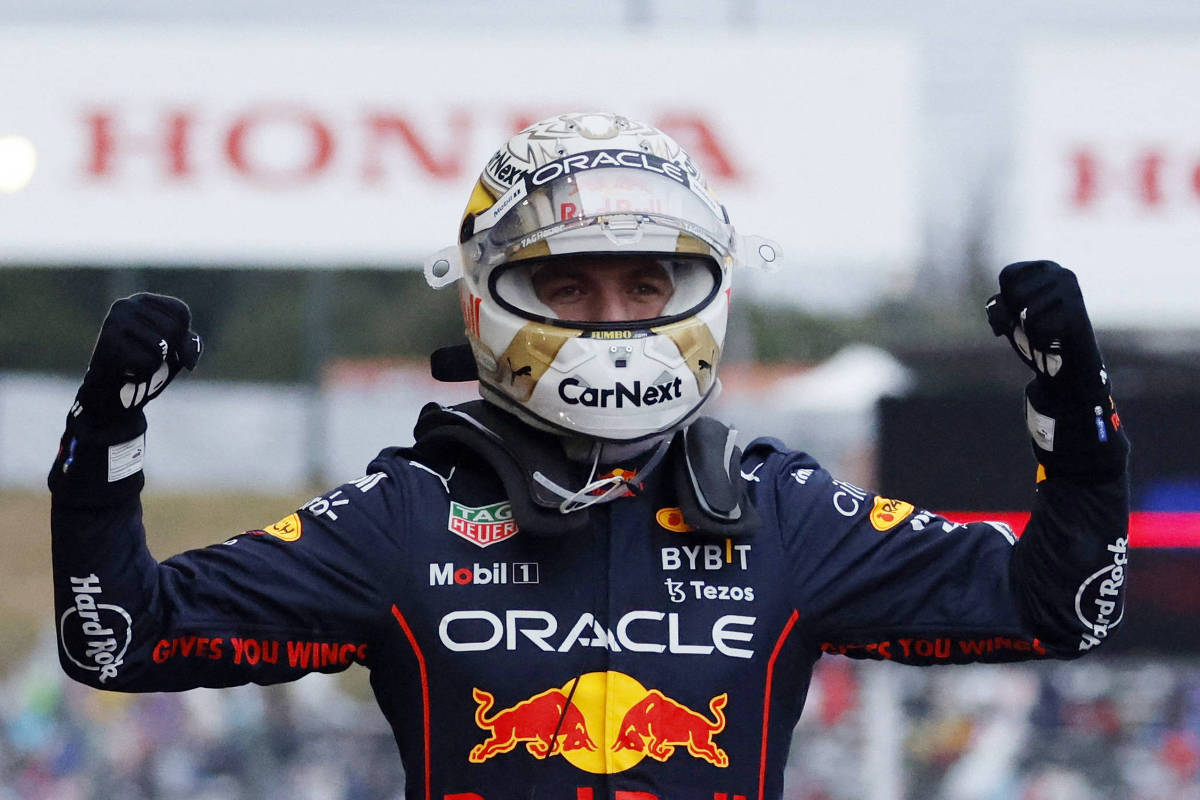 After opening more than 100 points in the lead in the Drivers’ Championship, Red Bull’s Max Verstappen started a countdown. The Dutchman’s double championship in F1 is no longer a question of “if” and has become a question of “when”. The day came and went this Sunday (9).

The 25-year-old Dutchman won the title by finishing first in the race this morning (9), at the Suzuka circuit, in Japan, where rain almost prevented the event from taking place — shortly after the start, at 2:00 am (Brasília time) , the race was stalled for over two hours due to weather conditions.

When it was resumed, the stage did not have the expected 53 laps. With the three-hour limit for a GP approaching, the drivers returned to the track to race for about 40 minutes.

The title ended up with the Red Bull driver on the last lap of the race, when Charles Leclerc, from Ferrari, made a mistake, went off the track and was punished by adding five seconds to his final race time. In this way, he dropped to third, Sergio Pérez inherited the second position and the Dutchman opened the distance he needed from the ferrarista to secure the cup.

The young driver won with four races remaining in the sport’s calendar. Verstappen came close to matching the mark of British legend Nigel Mansell, who, in 1992, confirmed his title in the 11th of 16 scheduled races.

The record belongs to German Michael Schumacher. In 2002, the former driver won the title for Ferrari with six races to spare. It has been an incredible season for him, as he has been on the podium in every race of the year with 11 wins in 17 races.

After this weekend’s race, the 2022 calendar sees races still in the US, Mexico, Brazil and Abu Dhabi. Even if he wins every race, neither the Monegasque Charles Leclerc of Ferrari nor the Mexican Sergio Perez of Red Bull have a chance of catching the Dutchman.

Promising and also seen as a future champion of the category, the ferrarista who arrived in Japan in second place at the World Cup could not be as difficult an opponent for the Dutchman as was the English Lewis Hamilton, from Mercedes, in 2021.

Last season, when he won his first title, Verstappen fought with a seven-time champion in a dispute that dragged on until the last lap of the final race, in Abu Dhabi, where the Englishman claims he was hampered by decisions made by the race direction, which would have favored the conquest. from the Dutch.

His dominance reflects Red Bull’s superiority over the other teams on the grid in the first year of the new F1 regulations. While Mercedes failed to produce a car capable of fighting for victories, Ferrari suffered from mistakes by the team and also by Leclerc throughout the year, which prevented the Italian team from staying alive in the fight any longer.

Verstappen also knew how to deal with frustrations at the start of the season, when two crashes on his Red Bull prevented him from completing the Bahrain and Australian GPs.

Meanwhile, Leclerc took the lead. He stayed ahead until the fifth stage, when he had 104 points against Verstappen’s 85.

In Spain, in the sixth stage, it would be Ferrari’s turn to let its driver down. He was leading handily when the car’s engine broke down. Again the Dutchman jumped to first and, this time, he also overtook his rival in the standings, 110 to 104 at that point. After that, he never left the top spot.

Even when he didn’t have the fastest car of the weekend, the Dutchman showed regularity. So much so that, with the exception of the stages in Bahrain and Australia, he scored in all the races, something that was fundamental to the conquest of this Sunday.