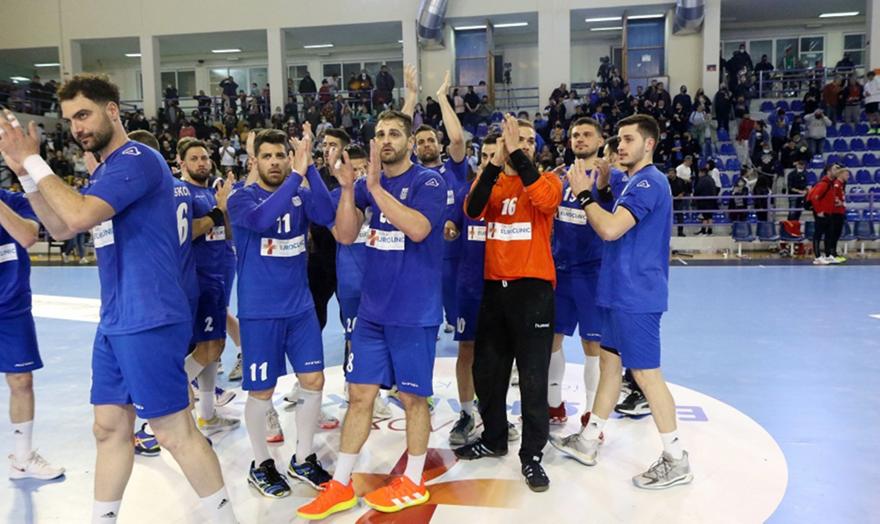 For the… dream, Greece against Croatia

Her journey begins Men’s National Team at EURO 2024 qualifiers with a great burning desire to be in the finals of the event for the first time in its history. The first opponent for our representative group is the famous and powerful Croatian, one of the top handball schools worldwide, with timeless value in the sport, legendary athletes and huge awards. The match will start at 19:00 and will be streamed directly from cosmote sport8 HD.

Greece are looking to repeat last year’s outstanding performances in the 2023 World Cup qualifiers that brought them one… breath away from qualifying for the finals, however this year the level of difficulty is even greater.

In the 5th qualifying group, the National team will face the Croatia, Netherlands and Belgiumi.e. three teams that have already secured their participation in the 2023 World Championship. The first two and the four best third places (from the results with the first two) of the 8 groups will qualify for the finals of the competition which will take place from 10-28 January of 2024 in Germany.

The Croatian Men’s National Team has won 20 medals at the Olympics, EURO, World Championships and Mediterranean Games. She was an Olympic gold medalist in 1996 in Atlanta, in 2004 in Athens and World Champion in 2003 in Portugal, while her last great success was her participation in the EURO 2020 final.

The match will be played at the 5,200-capacity Varazdin Arena, which opened on 6 December 2008 to host the 2009 World Handball Championship with Croatia reaching the final. The stadium was also used in the finals of EURO 2018, while it will also host matches of the 2025 World Championship (co-hosted by Croatia, Denmark, Norway).

Among the big stars of Croatia, captain Domagoj Duvniak stands out first in appearances (197) and goals (710) in the National team. The 34-year-old playmaker has been playing in the Bundesliga (Hamburg and Kiel) since 2009. He has won 23 titles including 2 Champions Leagues, 4 German championships, while he has been named the best player in the world (2013), MVP of EURO 2020 and is a permanent member of the all star teams of major competitions.

The Men’s National Teams of Greece and Croatia have met three times in official games with the Croatians having the same number of victories. In the quarter-finals of the Athens Olympic Games with 33-27 and in the EURO 2010 qualifiers with the matches being held in 2009 in Osijek (32-20) and Komotini (29-24). A member of the national team in those games was the current coach of the national team Giorgos Zaravinas.

George Papavasilis (international left wing): “We have a very difficult game ahead of us, we are facing a world power. But we have proven that we can be competitive at a high level and that is what we will try to do in these qualifiers as well. We will give everything to claim something good from this demanding game.”

Panos Papantonopoulos (international goalkeeper): “We are in Croatia for the start of this event. We have prepared properly for this very difficult game. We hope for a good performance and a good result. Personally, I am very happy to be with our national team, it is a great honor to represent the Greek colors with my teammates”.

Morocco in celebration of a historic classification