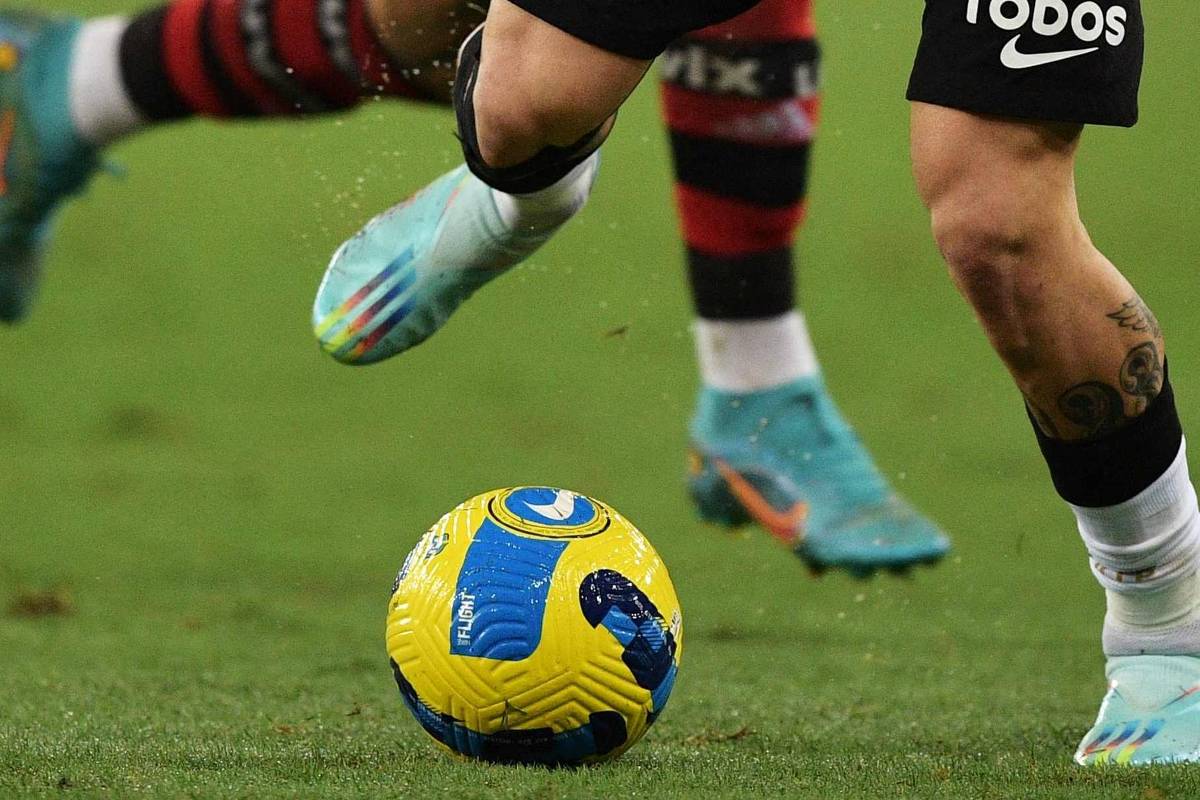 An audit carried out by the purchasing department of the CBF (Brazilian Football Confederation) claims that there was “overweight”, which led to a higher payment in the process of sending official balls to football tournaments across the country.

The document also mentions a connection between a former director of the entity and the contracted company, which led to accusations about political issues between the former administration and the current one.

The internal memo to which Sheet had access was sent to President Ednaldo Rodrigues on June 3 this year. The document questions the weight charged for shipping each ball and uses the term “overweight” to describe the charges.

Target belongs to Almir Bossan, former partner of Fernando França at LA Express Logística e Transportes. França was director of Information Technology at CBF and arrived at the entity by appointment of former president Marco Polo del Nero, during the administration of José Maria Marin (2012 to 2014). He left at the beginning of Ednaldo Rodrigues’ term, elected in March this year.

In the original contract between CBF and Speed ​​Jet, there is the signature of Fernando França as a witness. In the amendment with Target, he gives the go-ahead as director.

in contact with Sheet, Almir Bossan and Fernando França denied any influence by the manager in the hiring of Speed ​​Jet and Target. They acknowledge that they were partners, but França claims that he agreed to appear on the register to do Bossan a favor and that the company never went into operation.

For both, it is a political issue that aims to hit Marco Polo del Nero, suspended from football by FIFA (International Football Federation) for his alleged involvement in a case investigated by the FBI, the American federal police, about corruption in football. -Fifagate.

“I did an emergency service for the CBF to collect the team’s training uniforms in Brasília and take them to Manaus. They contacted me two months later because the company that was sending the balls provided a bad service. I won a competition. they want to take my situation, which is clean, to screw Fernando”, says Bossan.

“It was a legal process, of competition. I have a clear conscience”, counters França.

The director was seen internally in the confederation as a trusted man of Del Nero and occupied a strategic position: that of the computer system.

“I joined when the president was Marin. I was never politically connected to anyone. I did my job”, he contests.

The memorandum from the purchasing sector says that the contract “was already in the reassessment phase due to the high amounts paid to the company Target Express”. He mentions the case of two invoices, numbers 87 and 95, which total R$ 115,130.62. The first was to send 68 sand soccer balls to the FPF (São Paulo Football Federation). Another refers to 30 soccer balls for the FAF (Amazonian Football Federation).

According to the document, the amount charged would be as if each unit weighed 5.25 kg for the FPF and 4.36 kg for the FAF.

The weight of a soccer ball is about 450 grams. They were not sent withered. They were air, but not fully calibrated.

“This routine of overweight balls is repeated in all the demonstrations of services rendered that we were able to search”, describes the document.

In a note sent to the report, the CBF says that the suspension took place shortly after the audit work was completed. According to the confederation, the monthly cost of the work performed by Speed ​​Jet/Target was R$160,000 a month, while with the new provider, it dropped to R$78,000.

For Almir Bossan, arriving at a payment value by dividing the weight of the balls is completely ignoring how the calculation of air freight works.

“If the box weighs five kilos, no airline will charge five kilos. That doesn’t exist. All carriers will charge the cubed price. Space on the plane is limited, you’re not charged just for the size of the box and the weight. make such a simple account. It doesn’t work that way”, he complains.

Specialists in logistics and transport consulted by Sheet declined to go into the specific merits of the dispute between CBF and Target/Speed ​​Jet, but said that Bossan’s reasoning is correct.

“Imagine that you are going to send 50 boxes of pen, for example. If the airline charges you for what the 50 boxes weigh, you will not make a profit and will waste space on the plane. The calculation has to take into account the 6,000 of the cubed price” , says Eduardo Maróstica, logistics specialist and MBA professor at FGV (Fundação Getúlio Vargas).

Bossan complains that the CBF’s disorganization made shipping more expensive. He claims that he received the balls at the last minute and often had to ship them via the airline’s next flight, the most expensive shipping model available.

He also says that more than once he warned the CBF that the lack of organization made the costs higher. It would be cheaper to ship the products by road, he warned.

“The contract required me to send by air freight,” he says.

In the contract with the new provider, says the CBF, air and road transport are foreseen.

“I always told the CBF that they were throwing money away. Nowadays, the invoices of the new provider show that they pay an average of four kilos for each ball. So, what has changed?”, contests Bossan, who claims not to have received the payment of the last five invoices issued in the total amount of R$ 127 thousand.

CBF will only pay them upon court decision.

The performance of Fernando França would be considered a violation of the current CBF Code of Ethics. He would be obliged to inform the conflict of interest in the case, as he was a partner of the owner of a company contracted to provide services to the entity. But the regulation was implemented by the CBF only this year.

The former director complains that CBF did not pay his contractual termination and did not write off his work card.

“They are preventing me from getting work. I need to get on with my life. I have a clear conscience. I did my part and dedicated myself”, says França.

In a statement, the confederation says that France claimed to be a union leader and to have the right to stability.

“The entity also informs that the payment of the termination was suspended because Mr. Fernando was reinstated by court order”, explains the text.

França is no longer working at the CBF headquarters, despite the aforementioned reinstatement.