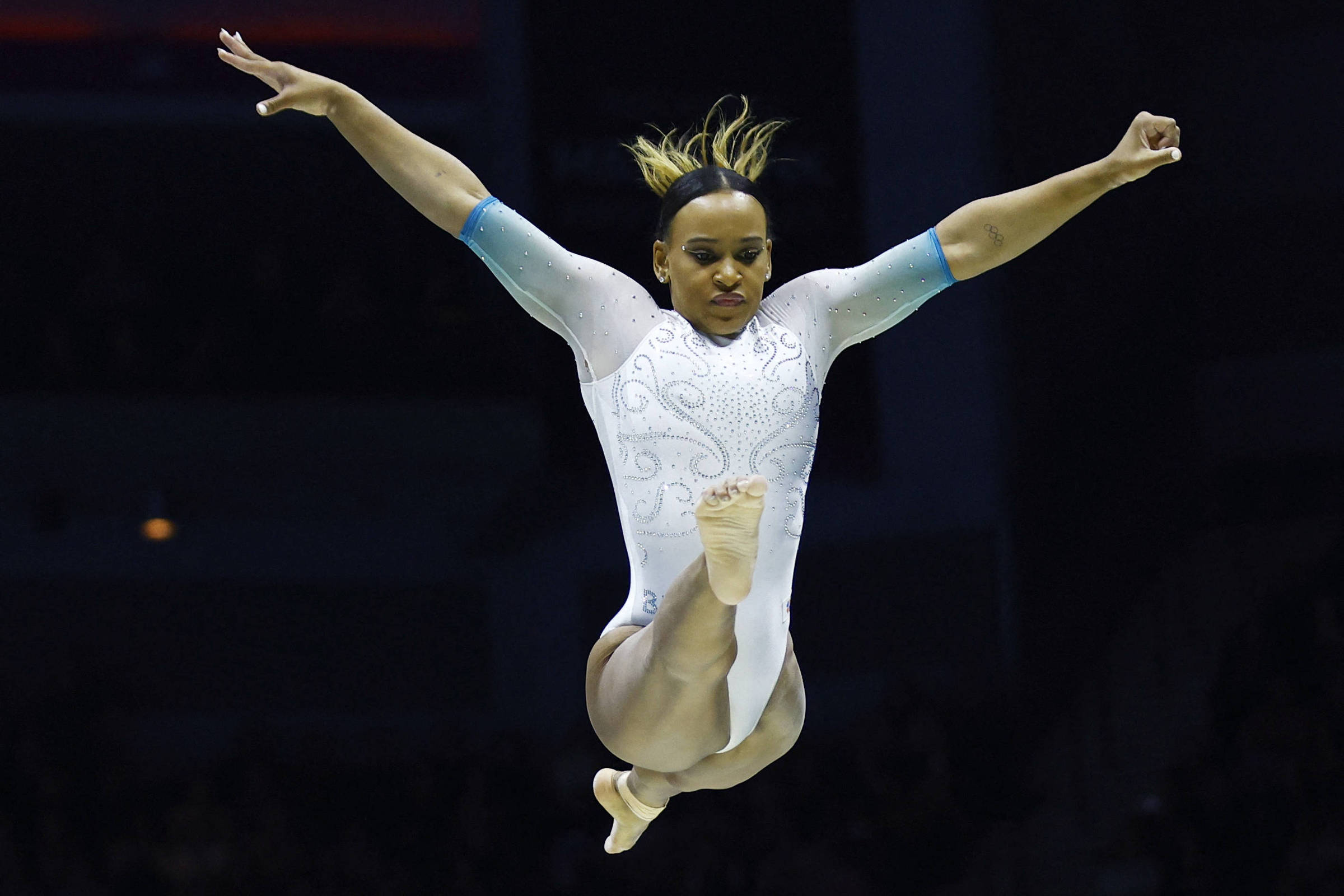 Rebeca Andrade achieved, this Thursday (3), a historic result for artistic gymnastics in Brazil. The 23-year-old from São Paulo won the all-around final of the World Cup, in Liverpool, England, and became the first person in the country to win the gold medal in this dispute.

Brazilians had already triumphed in decisions by apparatus in six opportunities at the Worlds, one of them with Rebeca herself, in the jump, in Kitakyushu, Japan, in 2021. But the maximum in the all-around was the bronze of Jade Barbosa in Stuttgart, Germany , in 2007.

This time, Rebeca arrived with favoritism and was presented as the star of the competition. She didn’t have the competition of Simone Biles, the greatest gymnast in history, nor that of the one who took gold in the all-around at the 2021 Tokyo Olympics, Sunisa Lee.

The two Americans are away from the sport for reasons of mental health, and the way was open for the Brazilian, silver in the all-around in Tokyo, to confirm that she is the best gymnast today. She tried to deal with this pressure naturally.

“I think this is good, because it shows the potential that Brazil has. It’s okay that my photo is there, but people keep an eye on our entire team. We always had the potential to show the talent that we have,” he said.

Taking into account her very high level, however, the athlete from Guarulhos did not start the Worlds well. She made a mistake in what is her specialty, the jump, and didn’t get a classification on the device. She did well in other events, however, and advanced to the final on floor, uneven bars and beam.

In the collective dispute, on Tuesday (1st), he was in the group that achieved the best placement in the history of the Brazilian team, fourth place. She will still contest the decisions for devices over the weekend, but she already had her big moment at the M&S Bank Arena this Thursday.

Rebeca started the all-around final very well, in vault. Gold in the modality at the Tokyo Games, she sought a very high difficulty execution and reached 15,166, opening a 0.933 advantage over her main competitor, North American Shilese Jones.

The Brazilian did not have the same performance on uneven bars. Had problems executing a handstand. However, with his 13,800, he did enough to stay in the lead, 0.367 ahead of Jones.

In the third rotation, Andrade went to the balance beam, where he had a correct presentation. If he lost the connection of some moves, he was accurate in the stunts. With 13,533, he remained in first position, 0,800 ahead of Jones, and began to focus on the ground.

The paulista would be the last to perform in this exercise, with her choreography to the sound of “Baile de Favela”. If she did the movements correctly, she would be the first Brazilian to win the gold medal in the all-around. And she did.

Last to perform, Rebeca stepped onto the stage with the certainty of a world champion. She needed a 12,901 for the title and passed the mark handily: 14,400. She totaled 56,899, an expressive 1,500 lead over Jones and 1,700 ahead of British bronze medalist Jessica Gadirova.

Facebook
Twitter
Pinterest
WhatsApp
Previous article
In the same “tape” Kalin is the protagonist: Threats to the islands “on the basis of the law and in other areas”
Next article
Meloni’s first in the European Council: We are not aliens

Brazil ranked and another day of surprises; see summary and statistics of the day